Evgeny A. Khvalkov, Senior Lecturer of the Department of History, defended his PhD dissertation at the European University Institute (Florence, Italy)

On September 8, 2015, Evgeny A. Khvalkov, Senior Lecturer of the Department of History, St. Petersburg School of Social Sciences and Humanities, Higher School of Economics (St. Petersburg), defended his PhD dissertation entitled "The Colonies of Genoa in The Black Sea Region: Evolution and Transformation". 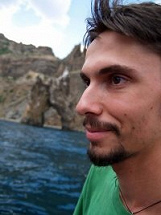 The defence took place at the European University Institute, Department of History and Civilization, Villa Schifanoia. The Candidate used to be a PhD researcher enrolled in the respective program at the EUI, Florence, for the last four years (2011 - 2015). Before the PhD studies, he got his undergraduate degree from the Lomonosov Moscow State University, Faculty of History, Medieval Studies Department (2010), and his M.A. degree from the Central European University (Budapest), Department of Medieval Studies (2011).

The jury was composed of the following members: Prof. Luca Molà (EUI, supervisor), Prof. Jorge Flores (EUI, second reader), Dr. Kate Fleet (University of Cambridge), and Dr. Serena Ferente (King's College, London). Following the defence the jury agreed on an unconditional award of the doctorate in History and Civilization to the candidate. The dissertation was recommended for commercial publication with such suggested editorial houses as Brill, IB Tauris, and Peter Lang. One of the chapters was suggested to be transformed into an article for one of the journals of economic history.

The author's research focused on the network of the Genoese colonies in the Black Sea area and their diverse multi-ethnic societies. Thus, the dissertation was dealing with the Genoese presence in Crimea and in other zones of the above-mentioned area and with the mixed urban societies resulting from the interaction of the Western newcomers and the local population. Importantly, it is the first work in English with such scope.

Below are some publications of the above-mentioned author:
•    ‘Everyday Life and Material Culture in the Venetian and Genoese Trading Stations of Tana in the 1430s (Based on the Study of Notarial Documents).’ In Medium Aevum Quotidianum 64 (2012): 84 – 93.
•    ‘The Slave Trade in Tana: Marketing Manpower from the Black Sea to the Mediterranean in the 1430s.’ In Annual of Medieval Studies at CEU 18 (2012): 104 - 118.
•    (expected) ‘Trading Diasporas in the Venetian and Genoese Trading Stations in Tana, 1430 – 1440: A Case Study.’ In: Georg Christ, Stefan Burkhardt, Roberto Zaugg, et al. (Eds.). Union in Separation - Trading Diasporas in the Eastern Mediterranean (1200-1700). Transcultural Research, Heidelberg Studies on Asia and Europe in a Global Context. Heidelberg: Springer, 2015.