At the kind invitation of Prof. Malte Griesse, head of the international research group “Revolts as communicative events” in the University of Konstanz, Germany, the representatives of the Department of history Prof. Adrian Selin and PhD student Kuzma Kukushkin took part in the conference “Receptions and Representations of Revolts in Early Modern Diplomacy IV: Borderlands”, held at the Sixty-first annual meeting of the Renaissance Society of America in Berlin (26/03/2015 - 28/03/2015). The meeting itself attracted more than 3000 participants from different countries. The conference was attended by more than 30 researchers from the UK, Germany, France, Italy, the Netherlands and Russia.

The concept of the conference was to present reports in the frames of the New Diplomatic History. The concept considers diplomats in the early Modern Period as agents of communication of different cultures. The focus is on the studies of how diplomat gathers information about the internal events and interprets these events in reports or books.

The main objective of the conference was to address the problem of how early modern diplomats represented the internal rebels against the authorities in the external, international field. The conference itself was divided into four panels: Religious War, Britain and the Continent, Scandinavia and the Continent, Borders, Shaping the Image.

Adrian Selin, Professor of the Department of History, presented a paper «Muscovite Religious Dissenters in Ingria as an Object of Diplomatic Negotiations in the Borderlands». Professor Selin addressed problems of Muscovite dissenters in Swedish Ingria. The Muscovite Empire ceded Ingria to Sweden in 1617, but the population remained Orthodox. Starting from the 1660s Patriarch Nikon's church reform (of the 1650s) encountered resistance among Orthodox believers in Muscovy, both simple parishioners and priests.  Consequently, in negotiations between Sweden and Muscovy discourse on refugees gradually changed into discourse on religious dissenters. The very existence of this alternative Orthodox space beyond the influence of Russian state power was a challenge to the Muscovite Patriarchate. Therefore, in 1685 the government sent a special mission to Ingria that was supposed to control and correct ecclesiastical affairs.

Kuzma Kukushkin, PhD student, presented a paper “Reflecting on revolts during the Siege of Smolensk (1609 – 1611): internal reports and diplomatic instructions”. He considered the Polish siege of Smolensk 1609‐1611 that was a part of Sigismund III's campaign for the Russian crown. The author focused on the reports sent from the regional borderland authorities in Smolensk to Moscow (Smolensk regional archives) and on Tsar Vasily's embassies' mandates (from the archives of the Muscovite foreign office). The aim is to analyze both, how revolts were reflected in internally, and how they were represented on an international stage.

The presented papers led to the fruitful discussion about the cultural differencies in representation of different rebels and uprisings in the Muscovite diplomatic documents and the variety of narratives produced by the western diplomats.

The conference materials will be published in the book entitled “Ink and blood – writing rebellion in early modern diplomacy” in the end of 2015. 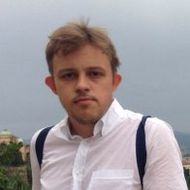 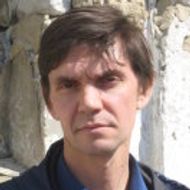