Research Seminar for the Students of the Department of History, HSE in St. Petersburg and the Humboldt University in Berlin and Bielefeld

A group of 14 undergraduate and postgraduate students from the Department of History at HSE in St. Petersburg took part in a joint research and educational seminar with the student from Humboldt University in Berlin and Bielefeld. The seminar was devoted to the culture of historical memory of World War II and political regimes of the 20th century. The seminar was led by Dietmar Wulff, Associate Professor at the Department and the German Academic Exchange Service (DAAD), Alexander Semyonov, the head of the Department of History, and Kerstin Bischl from the Humboldt University Chair of for the History of Eastern Europe. The trip was possible thanks to a grant from the German Academic Exchange Service.

From 6 to 12 July, history students from HSE in St. Petersburg and fifteen master students from Humboldt University participated in a series of seminars and discussions focused on the issues of history and memory politics of the World War II in Germany and Russia, controversies and intersections between public, family and private memories of War, diversities of commemoration practices and blurred borders between history and memory.

Almost informal discussions between Russian and German students encouraged cultural exchanges among all the participants and made it possible to compare different national and personal cultures of memory, define different ways of narrating and commemorating of the past and articulate their controversies. For instance, while in Soviet and Russian official context the predominance of the rhetoric about heroism and victory tend to ignore the complexity of Stalinist regime, in Germany the issue of victimization collides with the necessity to create a narrative about Wehrmacht soldiers during the War.

Theoretical discussions in the classrooms were combined with various fieldtrips to memorial sites in Berlin, which embodied symbolical implementation of particular models of memory and its contemporary interpretations. Participants of the seminar visited several museums and memorials dedicated to the War and to the victims of Nazi regime, such as the Russian-German Museum “Berlin-Karlshorst”, the former concentration camp Sachsenhausen and the Holocaust Memorial. The fieldtrips were followed by the survey of contemporary discussions in German society about those monuments, museums and memorial sites.

Urban context of Berlin also played a significant role for the research seminar as it allowed to trace symbolical or material continuity between different periods of history of the city itself, to explore the role of memorials in contemporary everyday practices.

After several days in Berlin, the group of students and professors from HSE in St. Petersburg came to Bielefeld, where they had several presentations and discussions at the Department of History of the University of Bielefeld, and visited a former camp for Soviet prisoners of World War II, where the Stukenbrock Museum is organized nowadays.

The second part of the seminar took place in Saint Petersburg from July 22 to July 28, when a group of 15 students from Humboldt University came to Russia. During a week students from both Universities had several seminars, lectures and fieldtrips devoted to the Soviet-Russian politics of memory and commemoration practices of the Great Patriotic War.

Here are some comments of the students from Humboldt University after the seminar:

Learning history not only through the books but also with interaction! For me that was the main idea about our seminar.

It was a great opportunity and experience for me to get to know more about Russian remembrances and memory culture by spending one part of the seminar in Berlin and the other part in Saint Petersburg, studying in the mixed Russian-German student groups. The core thing which I learned after the seminar is that the history is a subject of construction.

In Germany we have almost no “family memory” about the Second World War, we have just collective memory which is produced by media mostly in an official way. Now I found that besides this level, Russians have also a family memory, which is of course also influenced by the official level, but still it has preserved an amount of remembrance "as it has been" besides the official line. Through the Frankfurt School, especially through the works of Walter Benjamin we have a German term for this, which is hard to translate -,Eingedenken‘. It is about preserving a memory of people who has died as knowledge of the not yet been ("Wissen vom noch nicht Gewesenen") - knowledge that it should be different and the past is not yet completed. Thinking that way, the past is totally insolvable combined to the present.

After the seminar I am focusing on improving my Russian. Besides our visits to the museums, one of  the best parts of the seminar were discussions between the students from both universities. I met so many great people and want to stay in contact with a couple of them after the exchange.

In July, I had an opportunity to partake in both parts of a summer school about Russian and German cultures of remembrance of the Second World War. Organized both in Berlin and Saint Petersburg with HSE and Humboldt students of all grades, active and keen to debate, it was a very enriching experience. Through the first-hand knowledge of the students it was possible to highlight or also rectify the main points of theoretical discussion about contemporary commemorative culture in our states and societies. Unfortunately (or thankfully for future summer schools), the discussion has just begun, so many open questions remained undisputed.

These seminar discussions were accompanied by excursions to the concrete places, where memorial culture is materialised: to Sachsenhausen or the ensemble of memorials in Tiergarten as well as to the Doroga Zhisni or the Museum of the Siege of Leningrad. Of course, sometimes there were significant differences in the quality of the tour guides. Nevertheless, we had intriguing insights in different forms of commemorative culture, its historical change and the synchrony of unsynchronised forms („Gleichzeitigkeit des Ungleichzeitigen“).

Meeting NGOs was one of the most interesting parts both of Berlin and Petersburg  parts of  the seminar. Sometimes the discussion with representatives of Kontakte-Контакты, iDecembrists or Memorial provided more enlightening than some “normal” seminar discussions.

There was also another very important aspect: Besides all academic questions, I also enjoyed the summer school for meeting new friends and practising my Russian. 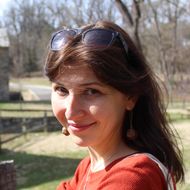