Alexander Semyonov, Professor in the Department of History at HSE - St. Petersburg, opened the conference. He noted that defining gaps and establishing continuity in the history of the Soviet Union and the Russian Empire is an important problem in analyzing such categories as federalism, regionalism and national autonomy.

Professor Ronald Suny (University of Michigan and HSE - St. Petersburg) presented a report entitled ‘Crises of Empire in Russian and Ottoman History’. In his report, he focused on the theme of the Armenian Genocide in the Ottoman Empire, which was addressed in his recently published book ‘They Can Live in the Desert but Nowhere Else: A History of the Armenian Genocide’ (Princeton University Press, 2015).

Eric Lohr of American University presented his project 'War Nationalism: The Case of the WWI in the Russian Empire’, which was devoted to the nationalizing effect of the First World War. According to him, military nationalism served as a stimulus for the articulation of various forms of identity, as well as for an end to national indifference.

Nikolai Tsyrempilov of Buryat State University brought the audience back to consider the realities of the Russian Empire in his presentation ‘Skilful Means or Strategies of Survival: Buddhist Lamas in the Qing and Russian Empires’. He presented a comparative analysis of state policy of the Russian and the Chinese Empires with respect to religious freedom in Buryat Mongolia.

The first day of the conference ended with a report by Sergey Glebov (Smith and Amherst Colleges, HSE - St. Petersburg) entitled ‘The Mongol-Bolshevik Revolution: A Post Imperial Future for Eurasia’. In his report, Glebov raised the question of the relevance of comparing the vision of a post-imperial space by participants in a Eurasian movement and totalitarian ideology, interpreting the move as part of a pan-European fascist revolution.

The second day of the conference began with a speech by Vladimir Bobrovnikov (Russian Academy of Sciences) entitled ‘Colonial (indirect) Rule and Islamic Jurisdiction in the Russian Empire and Soviet Union: From Military-Native Administration to the Soviet Shari'a Autonomies, North Caucasus, 1860-1927’. In his presentation, he showed how law in the Russian Empire received a new incarnation in the Soviet Union; he also explained aspects of the interaction between formal and customary law in the North Caucasus.

Jeremy Smith of the University of Eastern Finland, who developed a concept of the Soviet nationality policy, presented his report entitled ‘National Communists in Early Soviet History’, in which he examined the ambivalence of the Soviet nationalities policy, which on the one hand was determined by decisions made by Lenin and Stalin, and on the other hand by groups and institutions of professional associations that were setting the pace of policy on the ground.

During the debate on the nature of the Soviet nationality project, Ivan Sablin of HSE - St. Petersburg gave a presentation called ‘The Buryat-Mongol Republic in Transcultural Soviet Governance’ in which he defined Soviet nationality policy as a structure for transnational governance, showing how the demand for democratic self-government was implemented in the Buryat-Mongolian Republic.

The report by Anton Kotenko of HSE - St. Petersburg entitled ‘Ukrainian debates around the projects of national territorial and national personal autonomy in 1905-1914’ concluded the conference. In his report, Kotenko demonstrated how the Ukrainian national question was resolved based on materials related to debates between supporters of regional and national autonomy in the Russian-Ukrainian press before the First World War. 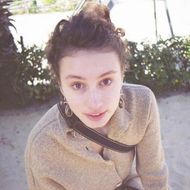 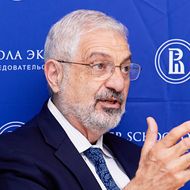