Let's Get The Ball Rolling

Vladlen, the founder of the team Vincentes, talks about football at HSE.

You can’t imagine a university without sports infrastructure with all facilities for students who can’t live without sports even while studying. Sport makes up a huge part of the university extracurricular activity. Nevertheless, doing sports within the walls of the university can be not only the way of taking one’s ease, but the way of building one’s career path since Higher School of Economics provides its students with all possibilities to realize one selves.

There are 24 sport sections at Higher School of Economics. One of them is the football section which is one of the oldest and biggest in the university. Football history at Higher School of Economics begins in 1996, when the first 6-team championship was held. The formats of championships, places of games and organizers changed, but the friendly atmosphere and the sports spirit stayed. Since then, the HSE Football League has grown from 6 teams to 50 teams and from 60 players to 1200, several league levels have emerged, the skill level of the players and the level of tournament organization have increased.

Nowadays the football season lasts all year round and the teams participate in the championships regardless of the season because Higher School of Economics have all conditions for arranging comfortable games despite the weather. The main official games of Cups and Championships are held on Sundays when there are no classes. As a rule, during tournaments, teams play friendly match during the week (once, on a weekday evening). It takes a little time for doing football, so everyone can study, work and play easily.

There is a league system at Higher School of Economics which consists of Major league, First league, Second league and Youth league. The main difference between them is the professionalism of teams and the skill level of players in teams. Playing football and taking part in championships are available for students which comprise 60% of team members at Higher School of Economics, graduates - 27%, students who used to study at HSE - 7%, staff and teachers of HSE - 1% and legionary goalkeepers - 5%.

Football teams are formed on different grounds: friends, one faculty, dormitory, sports principle and others. Each team has its own history, sports uniform and logo. Today you will get acquainted with Vincentes (Винсентес), the team formed at the education program "World Economy". We asked Vladlen Bazaluk, the founder and a former captain of the team to say some words. 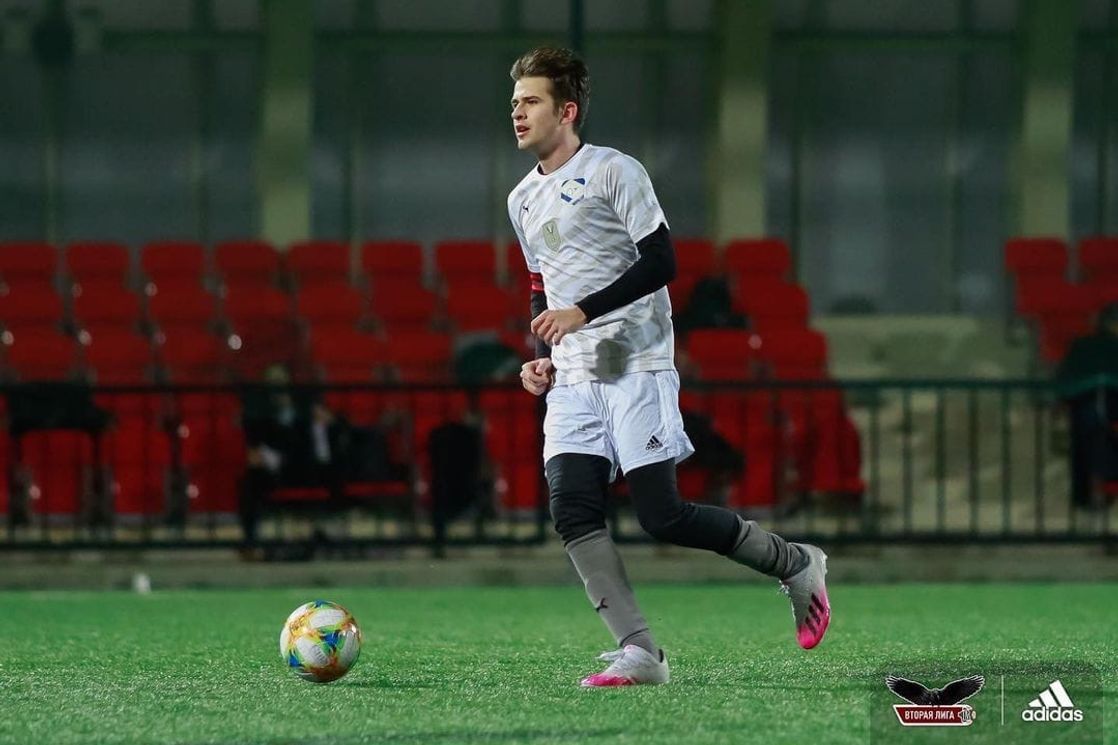 Vladlen Bazaluk
Hello! Tell me about your story of taking up football and joining the football team at Higher School of Economics? How long have you already been playing football?

Hello! Actually, football is my passion and I have been playing since I was 7. Right after the beginning of my first year at HSE I found out that at our university there was an opportunity to play football every Sunday among other students and graduates. At first I wanted to join a team, where my friend was playing, but had no time before the championship, so entered a team, which was ready to take me right before the 1st game. This is how everything started.

How is the system of football leagues arranged in Higher School of Economics? Are there many championships?

The whole system is now really huge. 50 teams are divided into 4 championships, which are played during winter-spring period. In autumn we have a university cup, which has 3 different levels, but here teams from different leagues are mixed, so underdog can beat a multiple winner.

Are there any opportunities of playing as a team outside of the university?

Yes, some teams do it, but it really takes a lot of time. For example, we have a training session once a week and a game on Sunday, and after each training and game we need a day off, so not a lot of time for one more championship.

Do players of HSE football teams have any advantages? If yes, which ones?

In my opinion, the only advantage here beyond good entertainment are useful acquaintances. You know a lot of people from different spheres, so maybe one day you will use it outside the pitch and be a successful businessman because of it.

Is there sponsorship at Higher School of Economics? Have you had one?

Yes, there is, but we actually don't see this money, because it's given directly to the organizers. It means, for each game we pay something about 5000 and during one championship we have 22 games. So, instead of paying 110000 in total we pay around 100000. It's not a lot, but university pays for each team, so it spends for it about 500000 a year, I think it's a lot for amateur football.

Moving towards the discussion of your team Vincentes, tell us, please, about its history, the history of its name, who are its players.

Yes, of course, I did want to have my own team after the first tournament I took part in, because I thought that I could build something serious and different from others. Mostly I have invited my classmates to the team and they have invited their friends, so we had the first squad for the start. In fact, most of them were from education program "World Economy" where I'm studying. The name is just simple - comes from the name "Vincent" - a name for a real winner, who is the best in everything

Does Vincentes have many victories?

Yes, we have won the Youth League last year. The league designed for new teams and promoted to the second league, where we are now fighting against mastodons of HSE University football.

What is it that unites you and your teammates besides the love of football? What kind of relations have developed?

As I see, I have built a team of responsible people, who pay a lot of attention to their future and especially their future career. Our team is only 2 years old, but everyone is now different in a better way from that time and I'm glad to observe it. I can't say, that we all have become the best friends for each other, but obviously we got closer and by studying are helping each other a lot.

What is the most crucial in the team unity of the football pitch? How do you and your teammates prepare for the game?

Surprisingly, but ambitions mean a lot for the amateur football. You have to have a wish to be the best, otherwise it doesn't work. Believe me, I've tried, no way. If you have one common target, nothing will prevent you as a team. There aren't any special preparations, we just speak about the tactics for the game and run with the ball in order to feel it before the game.

Do you spend time with team members off the pitch?

Yes, some of my teammates are my colleagues at university and we did some projects together. A couple of times we've met off the university, but there wasn't anything connected to sports, so these stories aren't for an interview about football.

I know that you were a captain of Vincentes, which qualities should a team captain have? What are his missions and objectives?

There are various captains in our leagues and they are all different. Aggressive, calm, leader on the pitch, tactical genius. I would say, that I'm just lucky to get such good people around me and my responsibility has helped me a lot to build a team. Every week you have to think about training pitch, equipment, money, social networks, squad for the game, searching for new players, building relationships between old and new players and so on. There are really a lot, but it makes fun.

What are your future plans? Would you continue playing football at HSE?

Yes, can't live without football and I'm happy, that even after graduation I'm able to play in the league. I like this rule. Difficult to say something about the plans, because the world changes every day, but football will be definitely part of my life.