Grassroots Moscow Comedy: A Story of A Comedian

Dima Kartsev, a second-year student of the Russian State Humanitarian University, shares his story about becoming a comedian.

On February 28, Stand Up HSE held an open mic where students from different universities had the opportunity to show their comedy. Dima Kartsev, a second-year student of the Russian State Humanitarian University, was also taking part in the event. He’s been doing standup for more than a year now. In this interview, Dima shares his experience in the grassroots Moscow comedy. 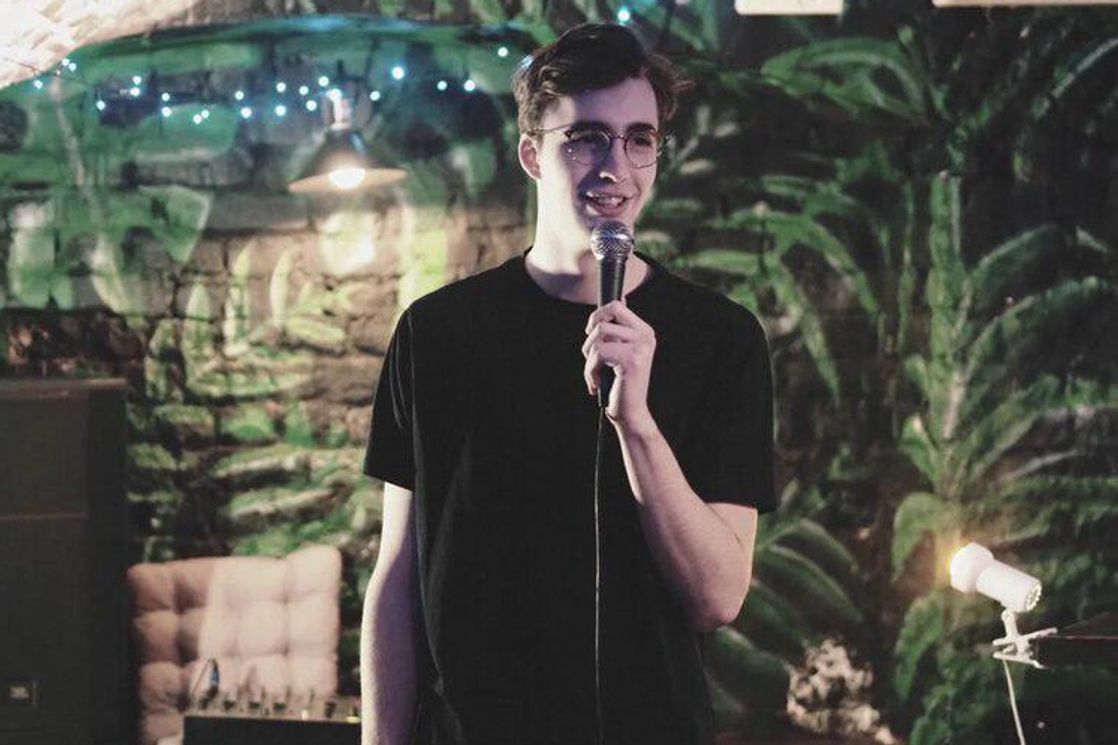 Back then at school I really liked standup. I would watch it all the time. It was foreign comedy at first as I saw a Jimmy Carr’s performance on YouTube and was impressed. It was that age at which you find it exciting that people can talk about things that you’re not used to hear in public. I started diving into the comedy and getting to know foreign comedians. I found out that there was such phenomenon in Russia as comedy in 2018. It happened unexpectedly thanks to my ex-girlfriend. We were just chilling the other day and watching Nezlob’s roast battle on Stand-Up Club #1’s YouTube channel. And I enjoyed it a lot but she said it was garbage. So, I had to break up with her, and now I regret it.

At the beginning of 2019, I got a notification of some open mic on VK and I signed up while having no material written. So, I started writing but then I got too nervous to perform. A little after I signed up for another open mic. And I remember how my friend and I were sitting there watching videos on YouTube and be like “Okay, so how do they do it?” But I failed anyway. My first performance was a disaster. But I liked the way I felt on stage.

I think, the second time was defining. The open mic was at a terrible place but there were these guys from Stand-Up Club #1. Even though they laughed at me from time to time, they laughed at my jokes as well. I felt like I nailed it.

Did you feel like now you know everything after that successful performance?

Yes, of course, a lot of aspiring comedians experience that after they succeed for the first time. But after that I’d been screwing up for months. I was performing in silence and wondering what was wrong. In comedy, you’ve got to deal with the fact that 70% of time people won’t laugh. You just live with it and as a comedian you’re always looking for something new. That’s what makes the other 30% so valuable. Just keep working.

You participated in the Punchline and Open Microphone festivals, but there’s no videos of yours on YouTube. How come?

Well, there were some, I just asked to delete them. The problem is that I don’t clearly understand yet what I want to record. I want to create something cool so that people enjoy it. I mean I have sketches and vlogs posted on the Internet but that’s just for fun. My monologues are completely different story. I want people to see me performing live and then search my videos on YouTube and see other cool performances, but not a dozen of garbage videos so that they realize that was just one good performance of mine and get disappointed. I don’t strive for publicity; it seems to me that I need to work on the quality of the material first.

Now I’m working on commercialization of the whole thing. There is that project called Standup Comedians by Stand-Up Club #1 that I’m currently trying to get on with Kirill Ferapontov who’s a cool comedian and a good friend of mine. And I also was at an audition party of Stand-Up Underground but it didn’t work out.

As I know, you have a crew called underdogs which organizes open mics. How did you guys meet?

We met on a project called the Student Standup League. There were Dima Kaznacheev, Ilya Agranovich and Pasha Korolev. So, basically, we just went to the Zimerman’s standup school there, where we were taught to joke: “humor consists of parts such as setup and punchline” and there they drew some kind of graphs. [sarcastic intonation]

I genuinely think comedians are those people that robots will replace last. This is the profession of the future. 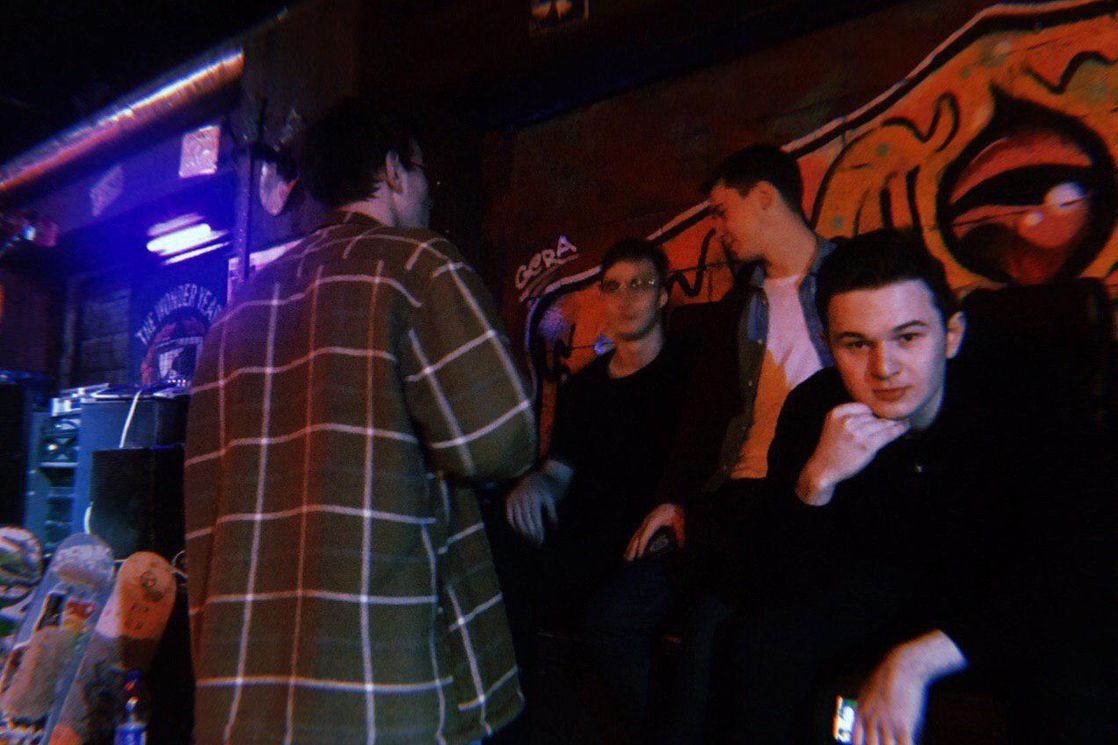 Well, my mom hasn’t but my parents’ friends told her they saw me performing at the shopping center. And the thing is it was that time when I saw my ex-classmate aka ex-girlfriend of my best friend there and started kidding around and saying ridiculous things that I didn’t really mean to cringe her. And as I was an aspiring comedian, I used to swear a lot, so, that’s the main thing that my mom got upset about and asked me to not use such words.

As for my father, he’s seen the whole video of mine. I performed in front of 250 people which was really cool but there were 2 things that made it go wrong. First, I got a fight with my girlfriend-at-the-time’s ex-boyfriend when he tried to propose her while having a ring in one hand and a gun turned on me in another. Second, I got drunk right before going out on stage and the whole time I was trying to respond to all those hecklers which apparently didn’t really go well, even though it was funny. So, my father and I had a conversation about my inappropriate behavior afterwards and that was it.

So, basically, they are against the fact that I swear. But they support comedy itself.

Is there a place for mainstream in comedy? Are there any questions that are raised by people who are far from comedy, and indeed the topics that are discussed within the community that are already so clichéd that they irritate?

Usually it’s annoying because aspiring comedians do it a lot. Or the people who watch Poperechny, for some reason consider it necessary to ask us what we think. I mean, I don’t care. I haven’t watched his specials, just some pieces of it. He just makes money; you can't get mad at it.

But basically, in comedy there are clichéd topics such as ex-girlfriends, subway, taxi. There’s a topic about which everyone thinks that it’s unusual but it’s not. People, pigeons are not funny, there is not even a joke.

I like a funny comedy, but at the same time outstanding. I want every comedian to bring something of their own to the comedy, and not that the standup is a conveyor for the production of people of the same type, with themes that everyone is already sick of.