Evgeniy Akulov, the head of a debating club, talks about debates in general and about English-speaking debates specifically.

Evgeniy Akulov is a junior student of Political science and World Politics Program and is the head of a debating club in HSE Saint Petersburg, we talked about debates in general, about English-speaking debates, its features and opportunities there, and how Evgeniy is going to participate in the World championship in South Korea.

Debates (or Parliamentary debates) is a wide-spread academic event with 4 teams of 2 people compete with each other in debating over a topic. 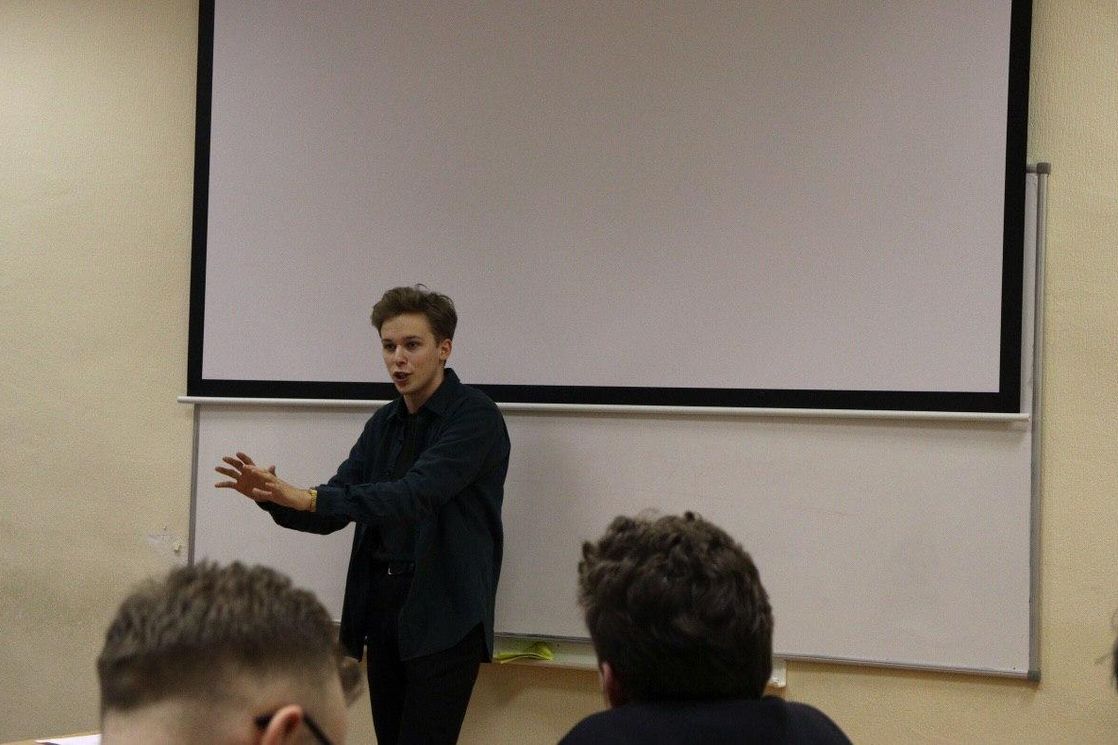 Hey Jenya! So, for how long have you been doing debates? What have you achieved so far?

Hey! I've been playing debates for 3 years already. I've won 2 quite big tournaments, I've won a title of the best speaker and I was qualified to play-offs of many quite respected Russian tournaments in Moscow and Saint Petersburg and a couple of online international tournaments. So, even though I'm not in the debates for that long, I do have some prizes from the so called grown-up leagues.

What did debates give you?

It's always an interesting question for a debater: why are you doing that? To be honest, to a certain degree it makes you feel proud of yourself maybe. Because it is somewhat an instrument for self-actualization, when you see that this time you made it better than others - it's just pleasing. It's the same feeling as when you win in absolutely any other sport.

And from the point of practical skills, obviously, debates gave me a lot of soft skills: critical thinking, analytical skills, knowledge of comparative argumentation. All of that, in my opinion, is quite important for better understanding of the world around you. And obviously, being a head of the club gave me skills of event-organization, management and mentoring. But what I do it for? I don't have a clear answer, I have a feeling that I'm just pretty addicted to this, I'm just really happy to train people, to lead the club, to see when me and other guys start achieving something or just become better - it's a great pleasure. Also it's of course about learning new things - for me debates is a prism through which I see outer world, because when in 15 minutes before the game you have to read a resolution about Myanmar, or IMF, or China or Hungary, or anything else on enormous amount of topics that you're unfamiliar with - you have to dig deep into the topics, and then even if you don't know much, someone you'll be debating with, will for sure know a lot and it will be interesting to debrief and see what I could do better, why I lost, why I didn't know this or that, and in the process you learn a lot of new information.

Sometimes I think that debates gave me, if not more, but as much information as Political Science program at HSE - maybe the debates are that cool, or I'm just a bad student…

Have you ever debated in English?

No, and I hate this fact, because debating in English is super cool. I do plan to start debating in English and I will, I promise. There is an English-speaking debates tournament this April – “Open Smolny”. I will be having a teammate who's had experience debating in English before in various international events including world championship in Thailand this year. I'll be his dead weight, but it will be a trial by fire for me.

Why haven’t you done it before?

Because I feel like my English sucks, I haven't been studying it for that long and it just gives me this subconscious fear that I will lack vocabulary, that I speak poorly and all that. But my environment destroyed this fear, I mean, not destroyed, but it told me: hey dude you gotta get it over with. And yes, I will, I'm already registered for this tournament. Moreover, I'm planning to participate in the world championship in South Korea, and for that I need to practice debating in English as much as possible and I'm going to do that.

What are the opportunities for English debates? What prospects do they open?

This question refers to the difference between Russian-speaking and English-speaking debates, because in fact there are quite more opportunities in English debates, because in Europe and in the US, even in the Asian countries debating institution is more developed than in Russia, unfortunately. English debates have value not only for the debating community itself, like it is in Russia, and not only for few outer actors like McKinsey or Uniliver companies, which have organized tournaments for recruiting in Russia. But English-speaking debates, in this aspect, are much cooler, because, from what I know, there are more companies and universities that have interest in recruiting cool debaters, for example, I've heard from my friend, that for some universities, specifically if speaking of Oxbridge, debating club membership will be an advantage. Moreover, qualifying for play-offs of international tournaments are equally accepted by these universities as English language certificate, don't know maybe it's a myth, but nonetheless. And career-wise there are more perspectives for debating trainers: in China, for example, debating can bring a lot of money, they have a school called "Learning leaders" which educates higher school students who will then perform at international school tournaments, so this school collects trainers from all over the world for quite good money, so that they would teach Chinese students how to debate. That's why Chinese debaters are super strong, outstanding, competitive and with a high level of English.

So, what's the difference between Russian and English debates?

That's a topic to talk for hours. I don't feel like I can make objective judgments, but I can tell that English-speaking debates, on average, are a bit stronger probably because there is a bigger community, so an average room [room is a place where the debates happen among 4 teams, so the term equals 1 game] in Russia is weaker than an average room in English debates. However, Russian and English top-level debaters, from my point of view, are not that different in aspects of analytical and practical skill, moreover I would say that some Russian-speaking debaters can be stronger than some of English-speaking top debaters, the only problem is the language barrier, which some people like Misha Shuganov tried and successfully overcame. Maybe also the diversity of tournaments, and the diversity of the discourse, meaning the number of topics for debates, because usually some trends on what to debate about come from Europe. For example, we started debating on feminism only after when it was already a thing in Europe. Now ecology is quite popular, and we don't have this trend yet, because there is some bias to that topic and some opinions that it's not important, which is of course not true. But anyway, these topics channel to our debates sooner or later.

For example, we started debating on feminism only after when it was already a thing in Europe.

What qualities do you need to be a good debater?

I think the only thing you need to be a good debater it's a desire to become one. Talents and all that, in my opinion, is just excuses for your failures, so I think it's just a question oh much you are ready to invest in becoming a good debater, which perspectives you see, how much you want it. That's it, you want it, you start training. Another thing is how you train. Here you need some certain practical things, an understanding of what exactly you need to do. You need to read a lot from moral philosophy to economics and international relations, so to understand what is happening around you and try analyze it from your own perspective, not just saying that Sandel said that, or Russell said that, and that's why it is like it is. The critical approach is super important. But all those things can be developed given the desire. So, if you want to become a good debater, come to the clubs, there are cool guys who will help you and show you how, and of course read, learn, reflex and you'll be fine.

Do you need to be a political science student?

No, you don't, as well as you don't need to be anybody to understand how things are, because we don't argue about politics only, we argue about ethics, moral, philosophy, economics, feminism, social issues, day-to-day issues, anything really. Obviously, you don't need to be a political scientist, but sometimes it may give you a comparative advantage when we debate about international relations or about political institutions and so on. Specialized knowledge could help, but you don't need to be a political scientist to have this knowledge - surprise surprise - and generally, if a good political scientist will debate with a good debater, who maybe has less knowledge, in the debates which require this more of a logical fight and a skill of applying this logic to the real world - in these debates political scientist might as well lose, because those guys like to get carried away with theory and it's a problem - you need to understand how things work in reality, how are they being practically implemented, and knowing theory not always help. And herby all that analysis we do in debates during the trainings and preparations help developing this kind of thinking. And that’s why a lot of debaters work in analytics or consulting.

What are the first steps to take in a debating path?

If in Russia it's best to join the club, because club will help and guide you, it will give basic understanding of things and it will give you people who will help you and will be answering you questions 24/7, which is quite important. And of course, you need to debate, you have to practice, play in the tournaments. And to participate in the tournaments it’s best if you're in the club, so I suggest you join it, we're here are the "Vshest'" HSE debating club - everybody’s welcomed. That will be quite enough to get started and see for yourself.

You can also apply for the Smolny Open tournament

Group vk with all information available in English: https://vk.com/smolnyopen