Daria Komarova found out everything you wanted to know about the HSE Chinese Club.

Interview with Svetlana Gorbacheva, the head of HSE Chinese club.

Your position is the Academic Adviser of the club. Could you please tell us about your responsibilities?

We’ve launched the club in 2017. Aleksey A. Maslov, a former head of the School of Asian Studies, offered me to lead this project. So, I’ve registered it and became the head, whom I’ve been for all three years already. My functions, perhaps, lay in coordinating the work of the students who participate in the project. I’ve noticed that when you leave such a responsibility to students, it doesn’t work out well, productivity falls. Also, sometimes I help student with some ideas of event or meetings.

You know, for me, it's very familiar with the idea "parents try to make their youth’s dreams come true in their children’s life." Maybe, this happens to me. I use this project to live out things that I didn’t have in my student’s life. Now there are a lot of such projects and different events in almost every university. It’s very interesting for me. Probably, I want to accomplish my journalist skills as well.

And, of course, it’s because I’m very interested in China. I myself attend lectures and events connected with China and Chinese culture that seem curious to me, a lot of people come there too. The interest in Chinese culture is obvious, so our club could meet such a demand.

Last year I asked two students to make an article about Scientific Library of Institute of Far Eastern Studies of the Russian Academy of Sciences. They interviewed one library staff and wrote an article. When they send it to me for the first time it looked like an analytical paper about history of the library. I was waiting for something more creative and social media-oriented.

Let’s move on to the club itself. How is the work of the club organized?

HSE Chinese club is a service project (one from the HSE University’s ‘Project Fair’ – HSE Illum.). The students register on it, organize events and meetings and receive credits. Every participant has his or her own responsibility: one student posts information in the VK community, another arranges events and so on. We discuss all issues in a group chat in VK, and it’s pretty convenient for everybody since all have busy schedules. 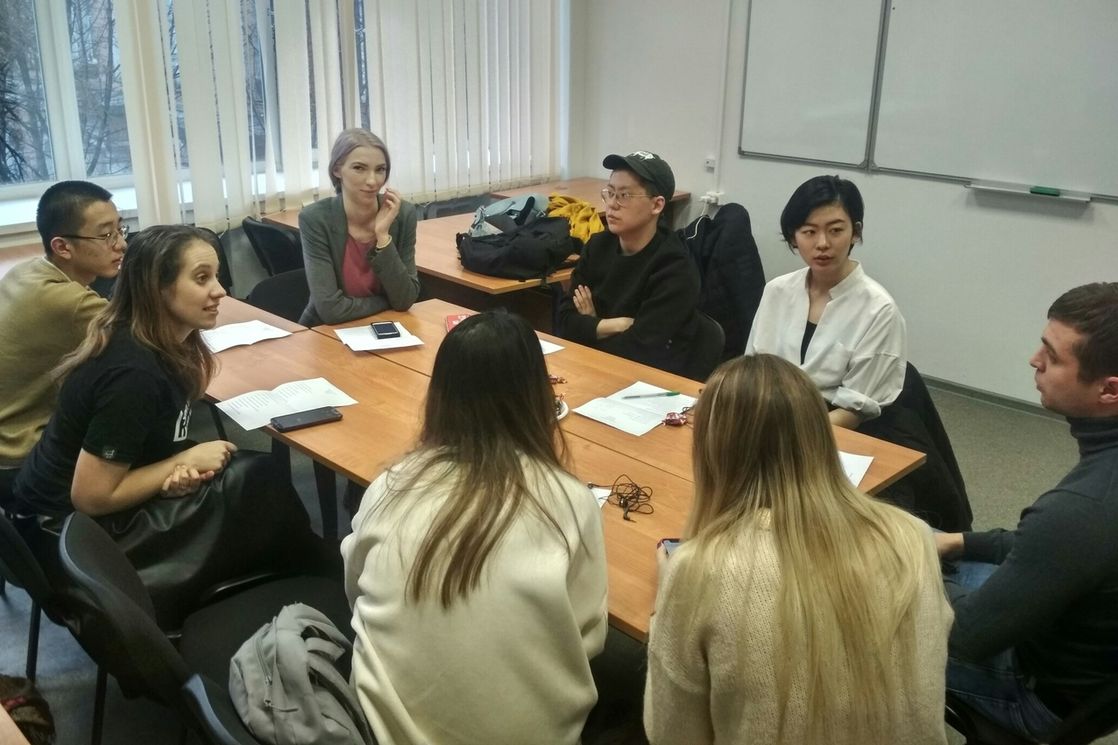 The speaking club meeting (May, 15, 2019) / the HSE Chinese club’s VK community
How are the ideas of events or meetings born? For example, your collaboration with ‘Shans Boku’ or a recent meeting dedicated to the 70th anniversary of the PRC.

Mostly, the students created ideas by themselves, it’s a part of their duties in the project. But, from time to time, I can direct them and offer something. Speaking about ‘Shans Boku’ and our competition, they’re my good friends, and they just suggested me to collaborate somehow. Now they are really vibrant in the field of Chinese events. That’s how we collaborate with Grey Mocha. A lot of things are built upon acquaintances.

The meeting dedicated to the 70th anniversary of the PRC was self-evident. It’s an obvious topic: October, 1 – the day of foundation of the PRC, October, 2 – the USSR recognized the PRC. So, it was hiding in the open.

What are the main activities of the club?

Of course, I can single speaking and debates meetings out, there’s a big request for them both from Russian and Chinese students. I always push my students to find a language body for practicing.

Lectures with native speakers and specialist of China and Chinese culture are in high demand as well. Last year we even held webinars. I remember one with Alexander Maltsev, a founder of Magazeta. We’re ready to hold them again, if it would be needed.

Surprisingly, the lectures with native specialists don’t receive the same attention. I guess that it’s connected with doubts of the visitors, they’re afraid that their level of listening in Chinese wouldn’t fit in. As a teacher I can say that these concerns are justified, so we decide to invite such Chinese specialists who can give their lectures in Russian. Chinese will be used at the speaking club meetings.

Are you involved in planning and organizing of club events? Do you attend them?

I coordinate all the planning and organizing part, give advices. However, I can’t actually say that I attend all the events, sometimes my working schedule doesn’t allow me to come. But I try, as far as possible, and as far as I’m interested in the topic of the meeting. 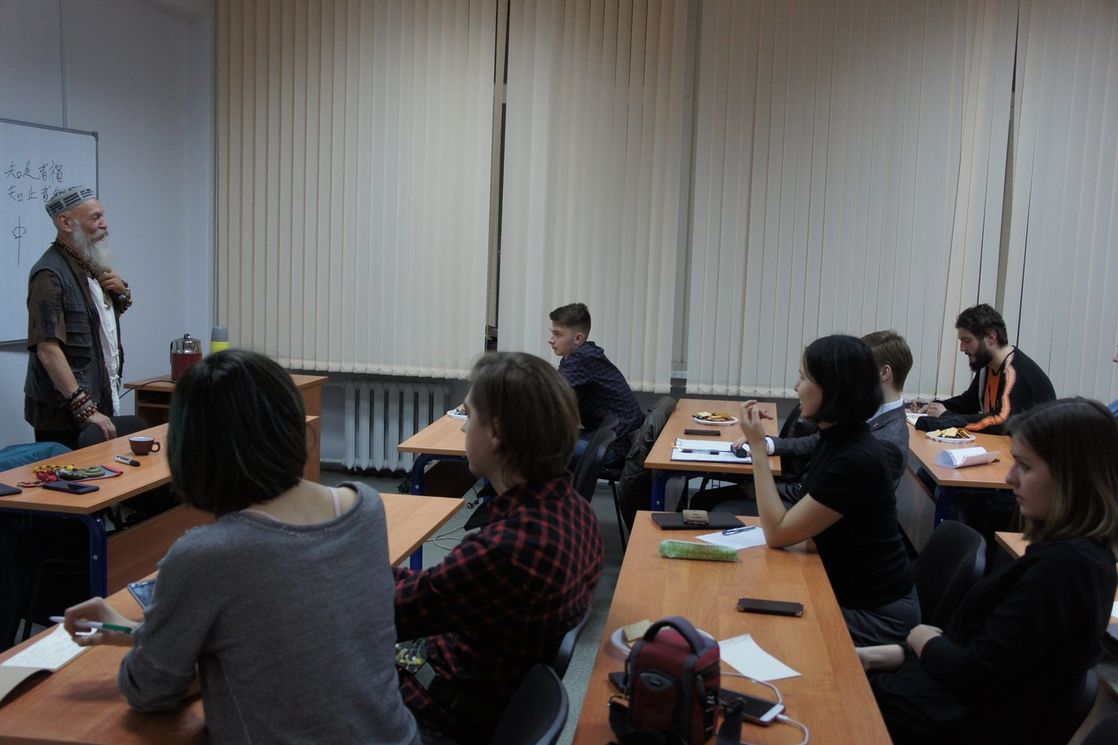 Lecture of Bronislav Vinogrodsky / the HSE Chinese club’s VK community
What achievements of the club could you point out?

To my mind, the first year was pretty successful. We had several students who worked as volunteers, they contributed a lot into the development of the club.

I can definitely speak for the speaking club meetings. We got a lot of feedback from participants and see an instant request for this activity.

And, as far as I know, today we could also measure success in the number of followers. I can’t recall an accurate number, but our VK community have certainly grown (1389 followers – HSE Illum.).

I noticed not such a good tendency – a majority of our events’ visitors are students from other universities. There’re a little percentage of people from HSE. I think it’s because now the choice of activities is huge. They think: “Oh, I’ll catch it next time.” I hope that in this season situation will change for good.

Please tell us about the team that now works in the club.

The last year wasn’t very successful in terms of teamwork (but still I’d like to thank several ex-members of the team whom we couldn’t do without). So, in the beginning of this season I was really thorough about forming a team. I’ve found a correspondent, a SMM and content manager, a videographer, a president of the club and PR-manager and so on. At the first meeting we figured out all the functions, responsibilities and report forms. The former president gave some useful advices about the working process. I think that this time we made up a good team.

Yana Zharkova is a president of the club. We resolve urgent issues and all the paperwork together. She’s also a linking person between me and other participants. And then she’ll report me about the working progress of every member of the team.

We have students who making posts for the VK community, creating posters for events, shooting videos. There are several people who are ready to work as journalists, write articles and columns and interview interesting people. One girl, – with the help of a Chinese student, – holds all the arrangements connected with the speaking club meetings, they come up with topics, create vocabulary lists.

Could you tell us more about the meetings with native speakers and Russian specialists?

I could definitely point out the meeting with Maria Zakharova (a spokeswoman for the Ministry of Foreign Affairs of the Russian Federation – HSE Illum.). Despite several technical problems, I can say that it was a rather successful meeting, a lot of visitors came. And it was a good experience for the club participants as well. I enjoyed the lecture of Bronislav Vinogrodsky (a famous Russian sinologist and translator of fundamental Chinese texts – HSE Illum.). I even follow him on Instagram J. He’s a person of a very ambiguous nature, but a very interesting speaker at the same time. For the same reason we want to invite Evgeniy Kolesov (a founder of Russian-Chinese company "Optim Consult International" and TV host of a program about China - HSE Illum.). And this year we arranged a Chinese New Year quiz, there was a Chinese correspondent who held a small speech. We organized a ‘Chinese brain-ring’ for the HSE Lyceum students, Chinese movie evenings – but the movie should be chosen appropriately, not a long historical film with a lot of complicated grammar and vocabulary, for example. To my mind, such kind of activities is the most interesting and popular among the visitors. 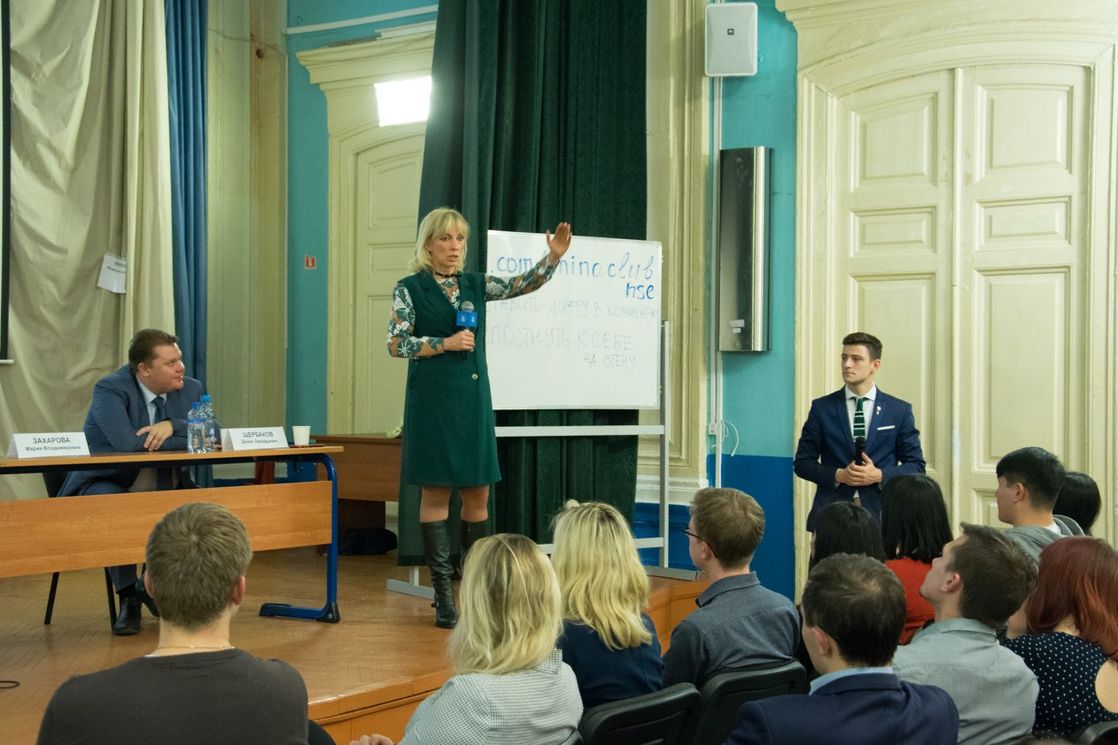 Meeting with Maria Zakharova / the HSE Chinese club’s VK community
You have started a new season. Could you present any immediate plans of the development of the club or any planned events?

We want to develop our VK community. We’re going to start a new column now called ‘Book of the month’, in which followers could share their reading advices. Also, we will definitely start to post interviews. For example, next month we plan to arrange the meeting with Andrey N. Karneev, a new head of the School of Asian Studies, and before it our participant would interview him, ask about the development of the School and its future plans. We plan to invite Evgenia Novgorodova, a sinologist and art historian. I offered to interview students from Chinese home-town community about their life and studying here.

We will relaunch our movie evenings, now we’re looking for a suitable place. The participants said that there’s a cinema club in the university, where we can organize such activities.

A perfect working tempo of the club in this season for me ­is two events or meetings for one month. We’ll try to follow it in November. But in December, we’ll, probably, hold only one because of Christmas, the New Year eve and the examination week.

Ideally, every week I want us to make new publications, a lot of interesting columns [in the VK community]. And we will do it in this season.

Let’s suppose that a student wants to help the club. How can he or she do that? Is it possible to join the team now?

Now we are full-packed. But if students come with a well-thought-out idea, or they definitely know what they want to offer, we would welcome them, for sure. But they would work as volunteers. We always have such people in our team, and they’re most welcomed. 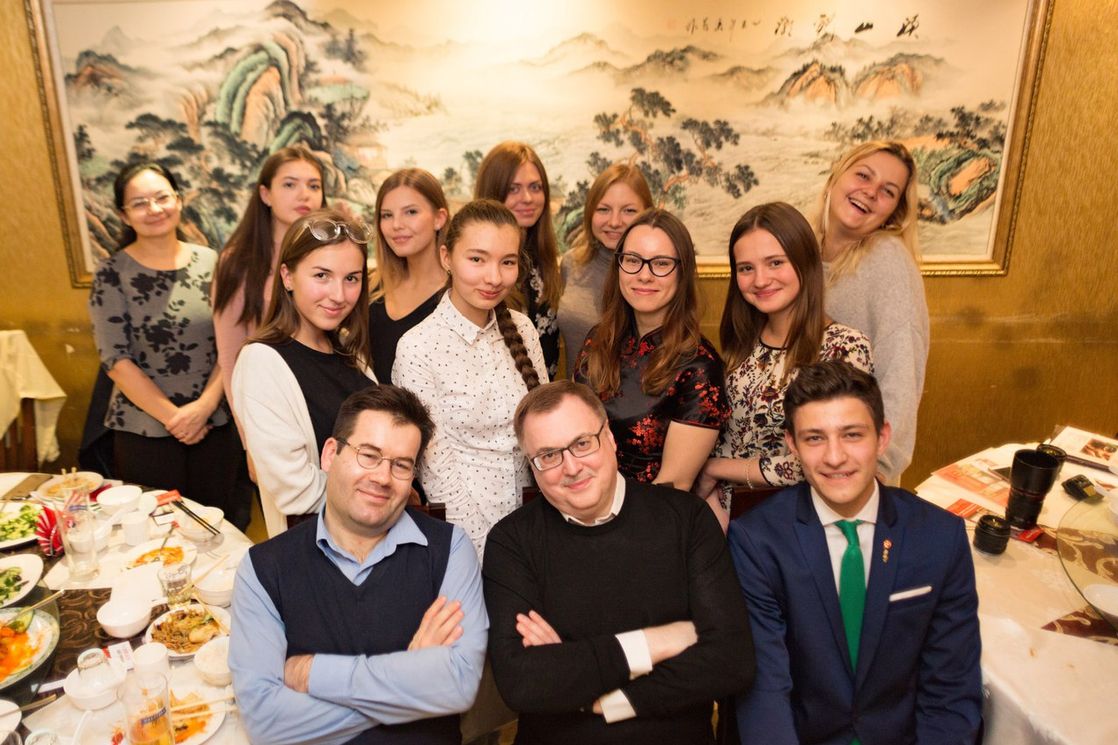 I don't like working with people who need to be constantly forced to perform their duties. Several interesting columns stalled because of such an attitude. I always wait for keen interest and responsibility.

Can Chinese students help the club and how?

We’ve already had a Chinese student who registered on the project. In his cover letter he specified that since he is native Chinese, he could contribute a lot. Now he helps to arrange the speaking club meetings, as I said before. So, if anybody’s really stoked about helping the club, we’re always open to suggestions and support.

What is the club for you?

I really get lost when I hear a question: “Do you like the Chinese culture?” What do they ask about? Calligraphy? Chinese painting? Chinese cuisine? Maybe about Beijing Opera? Or Chinese shadow theatre? It’s a very complex and fascinating notion. 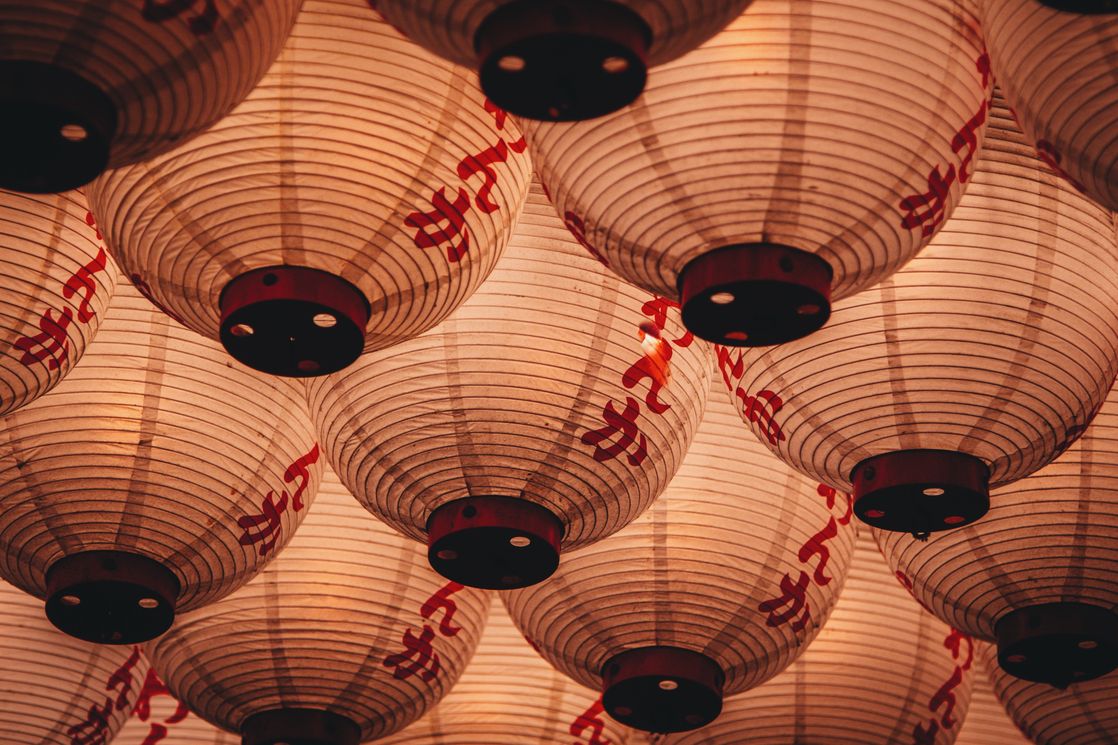 If you want to stay current on the meetings and events of HSE Chinese Club, follow them: