Why Did Students Lose the VOICE? 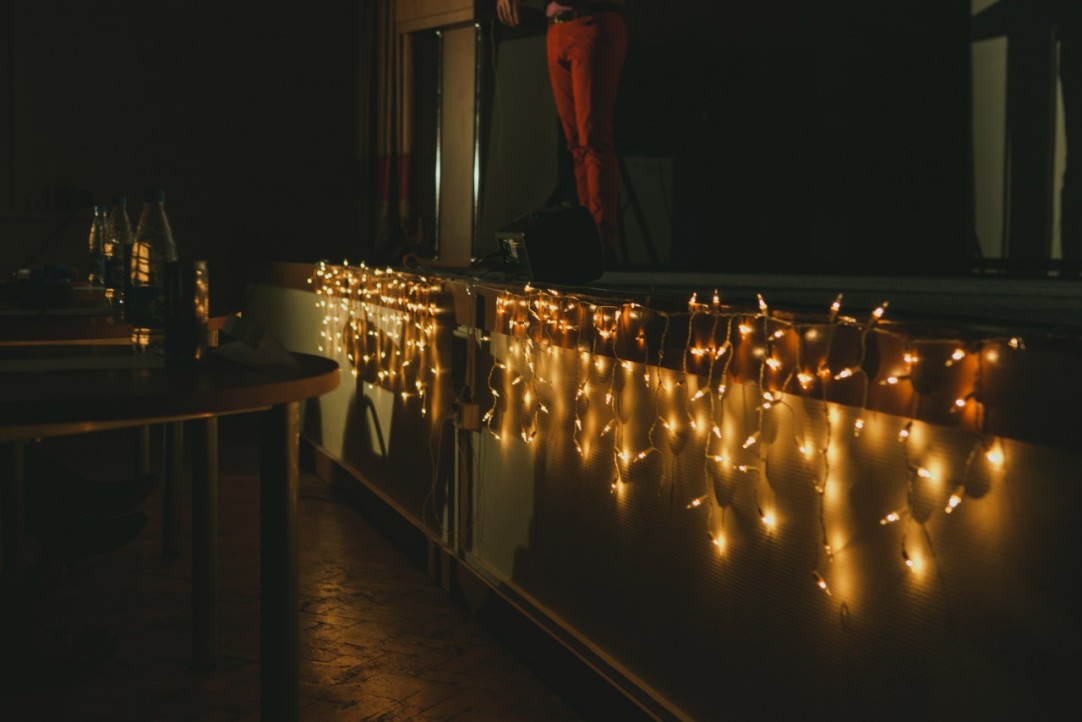 Everything comes to the end. And, unfortunately, there is no exception from this rule, even for the students of the Higher School of Economics. For them, this academic year has started with sad news that was published in the official community of the “VOICE HSE” project on September 10. The show doesn’t exist in HSE anymore.

We have the answer.

We are happy to talk to Kirill Sokolov about the fundamental idea of the project, its first steps and the end.

Kirill Sokolov is one of the founders of the show VOICE in HSE, graduated psychologist, quoting: «self-destruction, decadence and marginality are my all».

Kirill: It was my first year at the Psychology programme. One day, I was talking to one of the senior students – Lera Zagalskaya – and somehow, we came to the music. At that time, I was communicating with a huge number of musicians (and was among one of them), performing on the concerts, singing in suburban trains. And I just thought that it would be a good idea to have our own VOICE show at the Psychology programme, or even in HSE. So, I said: “Let’s do it!”. Lera supported my idea and we started working on a project. For the first two years, it was more about homelike musical get-togethers at the programme and step be step it reached the level of the university.

For more than 5 years, HSE had its version of international show. Students had the VOICE. The idea of the project was similar to the one we watch on TV or YouTube – to show your talent.

Students, like the participants all over the world, needed to qualify for participation in the competition. If they succeed, they would have a chance to take the stage and perform a song on the starting point called «Blind auditions». Coaches don’t see a student. The voice is all they have to decide whether they want the student in his or her team. If they are impressed, they «push the button», and then the participant has to choose a coach to work with.

The second step is duet. Two students of one team sing a song together. The one who did it better, would be chosen to take following steps – semifinal and final. And here is a one dissimilarity from the «conventional» VOICE show, because in HSE version the winner is chosen by the coaches. For the last several years, there was a tradition of additional prize – Audience choice award.

This is how it works from outside, but Kirill knows firsthand what it means to be a participant, organizer and even a coach.

Kirill: Well, from the very beginning we were scrupulous about organization of the process. As for the coaches, our goal was to find people that have some kind of musical education and are able to motivate participants. Even teachers of the programme were coaches. They were a part of the project till the last season.

Total shake-up of the jury happened only in the final stage of the project. For the last seasons, finalists or winners of the previous seasons of the show were coaches. I also was a coach as I was a finalist of the second season. It was great experience for me.

Being a part of the jury, I wasn’t actually judging the singing itself. Practice makes perfect. More fundamental thing, as for me, is the understanding of the song, how you feel it, what you want to say by means of the music. That what I paid attention to.

Three characteristics of the good coach by Kirill

Kirill: This project gave me a lot. I had an opportunity to try myself in in all its capacities: from the participant to the coach. I met a huge number of talented people. We keep in touch with some of them. Many people who went through the VOICE have their own musical bands now, giving concerts, they are making progress.

I couldn’t say that the show itself was the starting point but it certainly helped to realize their personal views, desires and musical preferences. It’s a good way to understand yourself. Although it is supposed to be a competition, it never meant it. At least, in my team, there always was a warm atmosphere of support.

Our show has always been for people – to express something you can’t express in the real life through music.

When and why did students lose the voice?

On September 10, a post saying that, unfortunately, the 6th season of this project was the last one, was published in the official community in VK.

It brought to the HSE students:

Kirill: The project simply reached the end of its life cycle. Everything should pass away at the right time.

«Global» show doesn’t mean international format as it may seem at first sight. What I mean is the level of proficiency – quality of the project. We wanted to make a good show at the very beginning, but then we wanted to make better. Better and better. To make spectators feel the performance, to be excited.

Unfortunately, we were facing a lot of restrictions. For example, we just didn’t have good musical equipment: microphones, acoustic system, projector, etc. I can’t say that university didn’t help us. It helped as possible, but that wasn’t enough.

For the last seasons, we had been having fewer and fewer people that were following the project, watching the participants on the stage. I don’t know why. We had around 1000 followers in our community in VK, but only 10% of them or even less – 70-80 people – visited the final day of the 6th season.

3. Burnout of the organizers.

We faced a lot of difficulties during the last year of project – coordination, motivation, etc. And people who played a major role in the process decided not to take part in organization of the future seasons. What about me? My connection with HSE has been slightly melting over the time because I graduated from the university 2 years ago. It’s hard to be constantly engaged into the show when you are no longer a student.

Do students have a chance to return the VOICE?

Kirill: Despite the fact that I never was the main person in the organization process of the project, the VOICE has always been something close to me, like a child. For the whole period of its existence, except for the 3rd season, I was making great efforts in it. We always wanted and tried to make it living and perfect. We almost put our hearts in this show.

So, if someone wants to make something like that, it’s better to start a new one. I don’t have anything against the idea of similar project in HSE. It would be great and I support such an idea. But this one, the VOICE show, with its logotype, coordinators, participants and spectators has come to the logical end.

Of course, all the organizers including me are ready to talk and discuss, if someone wants to continue working on the VOICE project with all its values remain untouched by time. Moreover, I think, we will finally agree to hand over the reins to new people. But, frankly, I suppose that it should be a new show to gain renewed momentum.

Personally, while closing the project, I was thinking about the continuation of this idea but in a new format. Hope someone will do it better than we did.

Special thanks to all organizers of the VOICE show in HSE: