Curators at HSE: Who Are They?

When you are enrolled in HSE, before the classes start you get acquainted with the University, and the first people you meet are your curators.

Who is a Curator?

Curators are mentors and friends for freshmen - they accompany new students throughout their first year of study in order to help them to quickly adapt to HSE system and student life. The work of curators makes first-year students to integrate into the life of the school and the campus in general.

Every group of freshmen is usually supervised by two curators, who work as one team with other curators of their education program in order to organize different events and help first year students solve their problems. Curators also collaborate between education programs to organize bigger events. The interaction is carried out through the Council of Responsible Curators and through the general meetings of the curators.

In addition, curators are credited to the SDS (For students by students) for even greater participation in the extracurricular life of the university.

How to become Curator?

Curators are selected in several stages, between April and June.

In 2016 the Unified Curator Examination was introduced. It is a test which is the first stage of selection. After passing the test, the current curators select the future curators in their educational program and then they are sent for general training - the School of Curators.

The school of curators is an educational event, which becomes a point of departure in the work of the new generation of curators. For a few days at the School of Curators, students receive all the knowledge and experience that may be useful to them in their work, get acquainted with the curators of other education programs and come up with their own concepts of work with future first-year students.

Let’s now talk to Vasily Ivanov who graduated this school. 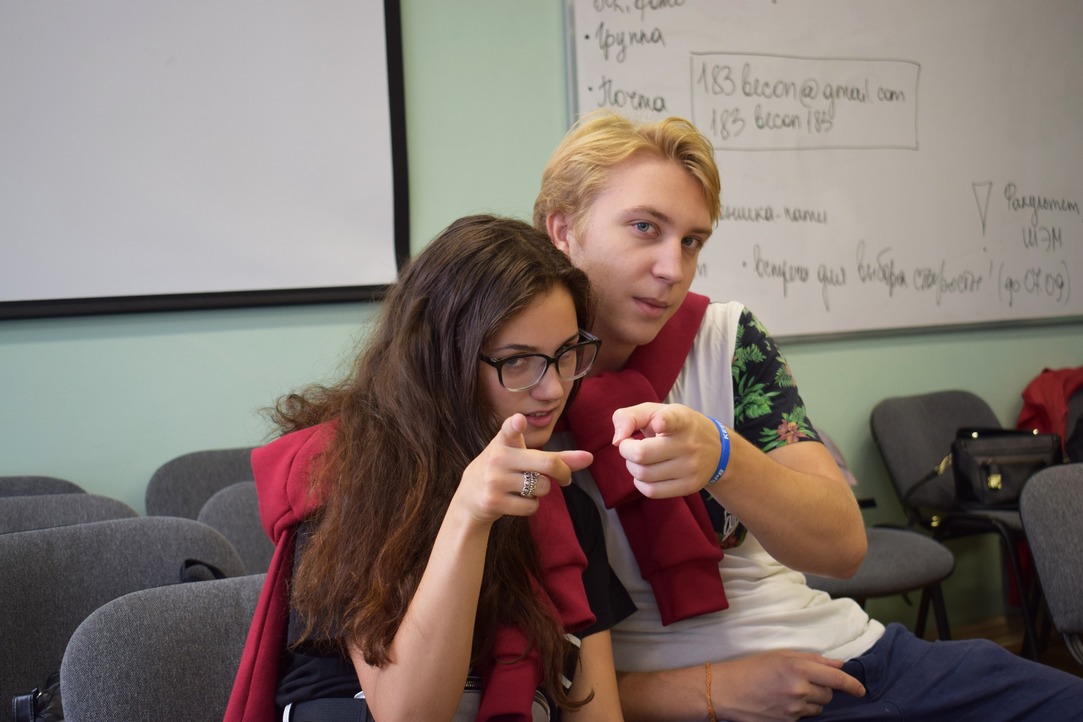 HI: Why did you decide to become a curator?

VI: It happened because one of the most united and friendly groups fell apart in front of my eyes. Nobody taught us, no one advised us to become a team. We quickly broke into mini companies and the desire to appear at the University reduced billions of times. In addition, I did not know absolutely anything about the extracurricular component of our university. Which now occupies a significant part of my life. I never wanted this to happen, so I decided to become a curator and give my first graders what I didn’t have - adequate, full of excellent team, and  rich first year.

VI: The school of curators was ambiguous; at first, I did not like almost anything. I knew not very many guys, I spent a little time before with our team, so I didn’t know them at all and it seemed that this would continue. However, little by little, new relationships began, we got closer (not without quarrels, but where could it be without it) we were very tired at the curator's outdoor event, it was very heavy from an emotional point of view, and it was quite cold at night.

VI: Absolutely not, only my attitude towards it and positioning myself as a person who came to the University for extra-curriculum prevented learning.

HI: Would you advice first-graders to become curators, and what do you want to say to students, who have already been picked as curators?

VI: I would advise first-graders not to make excuses for a kind of acclimatization at the University, and immediately try yourself everywhere.

Only this way a person can get the best from HSE, draw the necessary conclusions that will help to spend these 4 years stably, in the right vector.

I will tell the curators so that they do not feel sorry for themselves and their time, because at the end of the year there can be a very unpleasant aftertaste, and nothing can be done. Moreover, there is nothing more pleasant than seeing 30 people who are grateful to you for what you have done for them.