Why You Should Join the "HSE Chess Club" 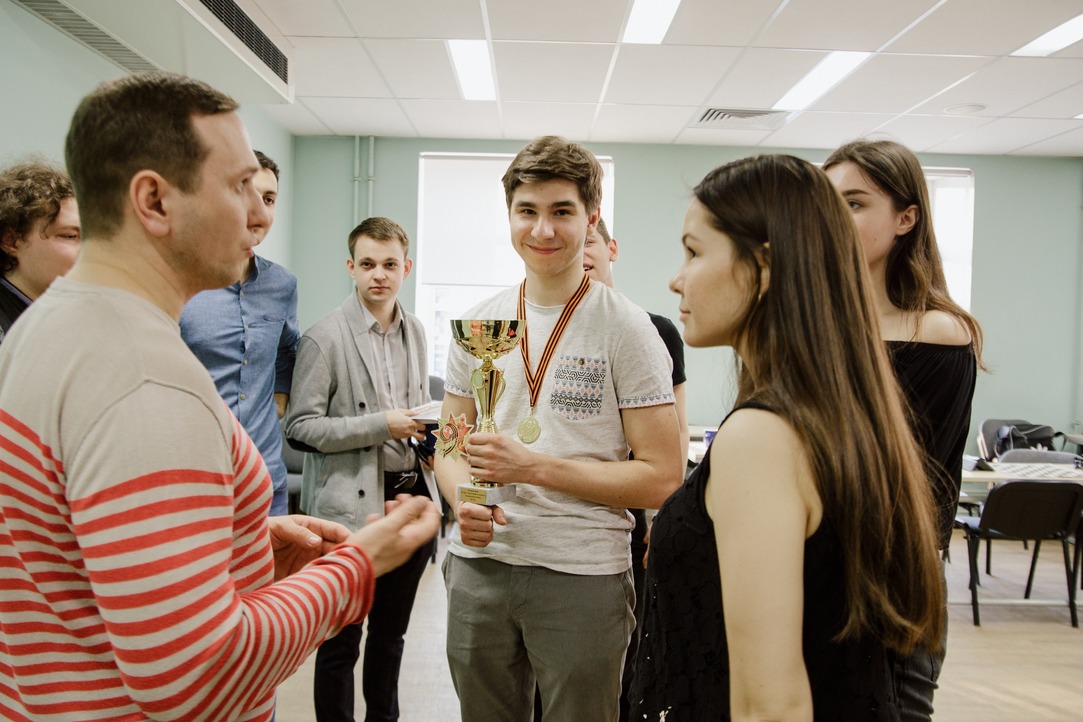 HSE Illuminated talked to Daniil Reshetin, the head of “HSE Chess Club”, on how to manage the community and why the students become its part.

HI: Hi, why did you decide to become a part of HSE Chess Club, and how long were you a part of it before you became the leader?

DR: My acquaintance with the chess club began at the beginning of the second semester, when I found out that students get “+” for physical education for visiting Chess Club meetings. Chess was an integral part of my life since I was three years old, when I was seven I managed to become the champion of the city (of course at my age). Then I took up music. In 2016, the World Chess Championship match revived the former fervor and passion for this game, and as a student at HSE, I thought that this would be another great hobby.

HI: A lot of people attend the meetings of the chess club, how and why exactly did you become its head?

DR: The second half of the year of my first course I attended almost every class, I made a lot of friends among organizers, in particular the founder of the club, Nikita Belov. Then I first expressed a desire to be useful for club. I offered various ideas of events and weekly functioning of the club. By the way, then attendance was about 10 people, and this was still very optimistic. In the summer, Nikita found out that he had gone to the mobility program and was going to Italy for a year. Then the question arose of who would take his place, and my candidacy turned out to be very useful, firstly because I had a fairly decent chess education, and secondly, there was a desire to develop and promote the club.

HI: Does Chess Club organize any events besides weekly game sessions, what are these events and did you think about some changes in Chess Club activities?

DR: In summer I actively worked on improving the training and game process, as the team and I assumed that more students would come next (relied on freshmen) who would like to learn to play from scratch and those who already know how to play. With the help of the relevant literature, I compiled a training manual that helped me throughout this year. I divided the students into people, who want to learn how to play and those who just came to play chess. In turn, the students were divided into groups, which were given a certain time record. And alternated lectures with practical ones. Also Sergey Domentiy (CMS in chess) was our invited guest and conducted lectures. Every year, our club organizes about 8 tournaments, of which we can single out the freshmen tournament, May 9, and the tournament within the framework of the HSE SPB Olympics.

HI: Did you face some difficult/conflict situations during your club meetings, how did you solve it?

DR: Throughout the year, the club functioned stably and there were no difficulties and, even more so, conflict situations in the work of the club.

HI: Students get PE pluses for attending Chess club meetings, does the majority of students attend Chess Club meetings, or most of them really love chess and go there to play?

DR: Yes, chess is a sport, an of course you get “+” as for classes in other sports sections of our university. The number of people who want to learn how to play, significantly prevails over those who want to get “+”. But, as a rule, the latter appear in class at the end of the second and fourth modules for obvious reasons.

HI: And the final question, would you recommend HSE students to become a part of Chess Club and why?

DR: Chess, as I have already said, is the same sport as football, basketball, table tennis, etc. It was always sad for me to hear that this is supposedly just "figurines to move." During the game, the chess player experiences "cosmic" overloads, and as a result, substantial physical and mental preparation is required. Let me give you a vivid example: in early June, the Armageddon tournament was held, and during the games at the chess players the pulse was measured, which sometimes passed the mark of 160 beats per minute.

Why is a chess club worth visiting? You will get acquainted with an interesting and exciting game, which can be said in the words of the Great: "... it brings the mind in order." You will find new friends, get useful acquaintances. The process of training and lectures itself is served in a seriously humorous manner and will keep your attention throughout the entire class. My colleagues help me with this: Timofey Pichugov and Arthur Pechersky. And if you already know how to play, then our club is a great place to come after classes and play with friends.