Usually, it is considered to sum up the work has been done till the end of the year, yet we are doing it at the beginning of the new one 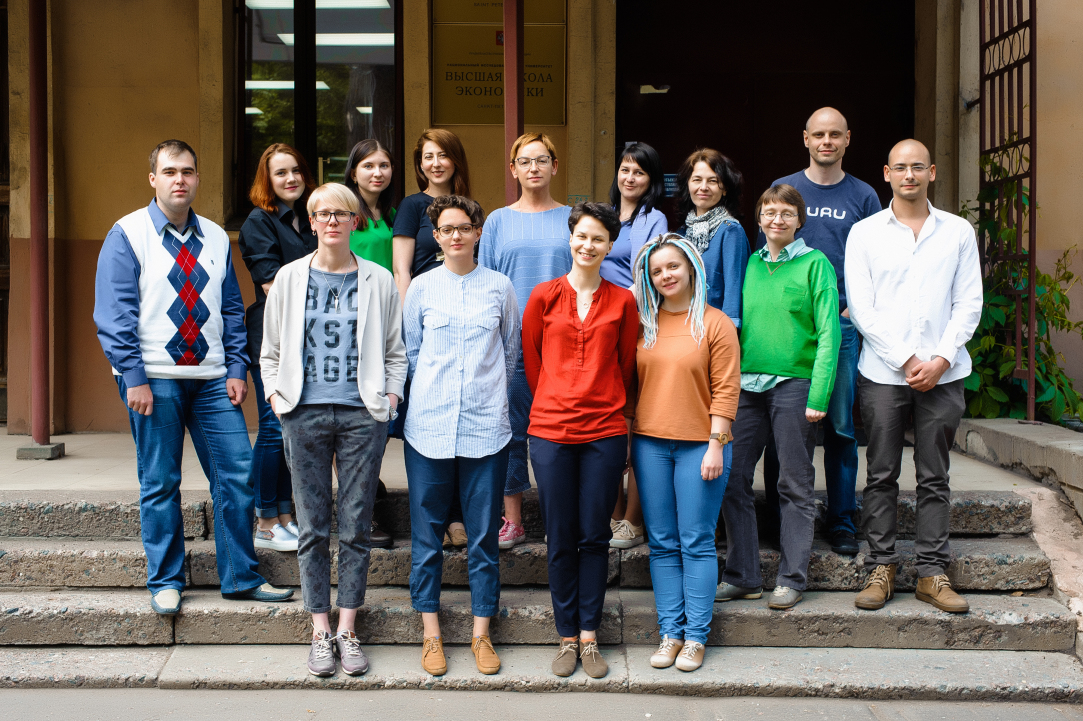 2016 turned out difficult, ambiguous, sometimes we had to keep up a rush pace to fit in deadlines, sometimes things went smoothly, and the aims were achieved with flying colors. Importantly, our focus is to continue to work hard on several fronts in 2017, each of which has a priority one importance and requires constant inclusion, attention and professionalism.

Not that we are bragging but during the past year our staff has prepared about twenty academic publications in national and international journals. So, just before the new year, we received confirmation of an article publication, co-authored by four of our employees: Elena Omelchenko, Elvira Arif, Svyatoslav Polyakov and Yulia Andreyeva in the journal Economics and Sociology, entitled "Where time and all the money Consumer Strategy two urban generation of young people? employed in various fields. "

Please, pay attention to the middle column of our site, there always appear relevant publications of our collegues center.

During 2016, Centre’s personnel went on a variety of domestic and international seminars, conferences and workshops. Popular destinations of academic visits were Finland, which is represented by our long-term partner -Aleksanteri Institute of Helsinki and of course - Great Britain / Glasgow, where we are always welcome in the center of Russian, Central and Eastern European Studies.

We try to be open to the media. And  media from different countries is more and more interested in the results of our work. Television, radio, newspapers and online portals has shown a growth of interest towards Russian youth and our staff is always ready to comment on part of its broader competence on the latest trends in young people's lives. And this form of communication is very important for the academic community, the work of which is to benefit society, as well as for scientific knowledge recipient  - to expand horizons, to get rid of stereotypes, to get first-hand information.

The special attention to our centre’s academics was driven by Swiss media. Zurich Neue Zürcher Zeitung published an article about the younger generation of Russians, its features and characteristics. Director of the CYS - Elena Omelchenko became an expert in an article.

After that two podcasts on the Swiss radio station RTS (French-speaking segment) were published. Experts Yana Krupets and Nadia Nartova talked about the labor market for young Russians and the understanding of sexuality by today's youth, respectively.

All relevant references to the media you can see in a special section on our website.

Speaking of a web site, starting the end of last year we opened a regular column - "News Digest" in which we introduce you to the most interesting events in the life of young people and provide you with analytics.

Also another section is actively functioning dedicated to the project of the Russian Science Foundation - "The creative fields of interethnic interaction and youth cultural scenes of Russian cities." Most fresh ideas, discoveries, materials related to the project are published with an enviable constancy.

We are just starting to speed up and after 6 years of  history of our center, we surely can name ourselves among the best institutions in Youth Studies in the country and one of leading sociological centers of modern Russia.

In 2017, we plan to continue active research work. Existing projects will be added by at least another two research campaign.