CYS employees Julia Andreeva and Dmitry Omelchenko returned from Kazan, another city where the study on the RSF project will be conducted 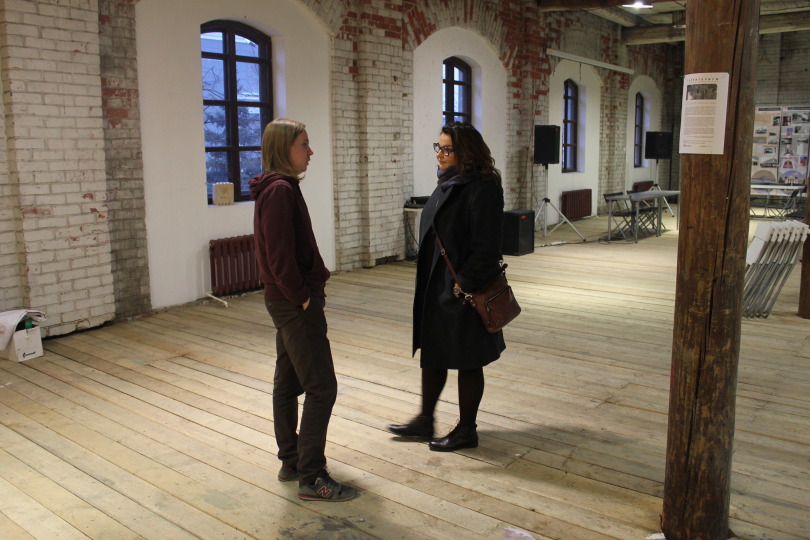 In the capital of Tatarstan, our colleagues spent 5 days and spent them for the benefit of the future of the project. First and foremost, of course, our primary goal was to get information about the situation in the city and in the region, to understand the starting positions, trends, major cultural spaces and the most actual involvements for the local youth. In other words, to understand what the Kazan's youth live around. Before the trip, we contacted the Committee for Children and Youth Affairs of Kazan, to arrange a meeting so officials were aware of our presence and research, the active phase of which we plan to start in March-April 2016. 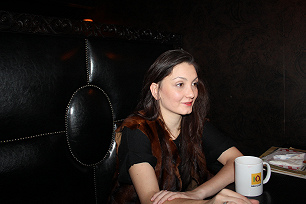 The first expert, agreed to be interviewed, was Maria, an activist of the local civic projects and coordinator of the local folk club, which is engaged in reconstruction, development and promotion of the Russian Orthodox tradition. After describing the main cultural scenes of the city, Maria said that the obvious feature of Kazan (and probably all Tatarstan) is the absence of any problematization of nationality, religion and culture at every level. There are quite adequate problems to the modern time, such as lack of attention to the national culture, in particular folklore, but these difficulties are being solved step by step and our interlocutor noted positive trends in young people appreciation of culture. Next expert we visited at his home. Roman was presented to us as the head of the hockey club "Ak Bars" supporters movement in social networks. Roman  warmly greeted us and told a lot about the system of relations between the supporters/fans and the club managment, spoke about the current scheme of support inside a friendly network  of hockey, football, basketball and volleyball supporters. Also we were told that the city has many programs aimed at de-radicalization and normalization of sport support and the active attraction of young people to the city stadiums. 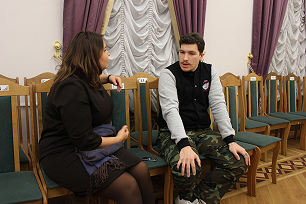 The next meeting was scheduled for us in the Kazan Theatre of Drama and Comedy. It is noteworthy that all performances at the theater are in the Tatar language and accompanied by Russiansubtitles. The theater in general is incredibly popular in Kazan. After talking with the previous interlocutor, it became clear that a visit to sports activities is basically "available", but  to get tickets in the theater is always very difficult. Why exactly such a big attraction is yet to be found, but it is clear that these spaces are espesially interesting for us. In the theater, we were met by Ruslan, a guy who came from Azerbaijan for permanent residence in Kazan and involved in an incredible amount of activities. Organizer of student theater festivals, athlete, photographer spoke about the creative youth of the city. Beyond these meetings, expert interviews were taken with local journalists, with members of lofts, creative spaces, popular youth cafés, as already mentioned, we talked with the representatives of the Committee for Children and Youth Affairs of the city. According to participant of the trip, Yulia Andreyeva- currently in Kazan we are able to observe the development of the "old places" and the development of creative and imaginative, intellectual grounds, as well as coworking spaces, including national, public formation of their get-togethers around them. HLS gaining popularity: street Work-outs, giving up alcohol and smoking. However, according to researchers, smoking and alcohol were never that much relevant to the region.
Keywords
research projectsReporting an event
About
Centre for Youth Studies
About persons 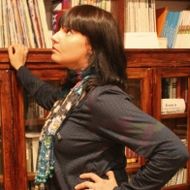