With no further ado - "That was a success"

International conference dedicated to 20-year anniversary of youth studies in Russia has ended on Saturday 17th of October. 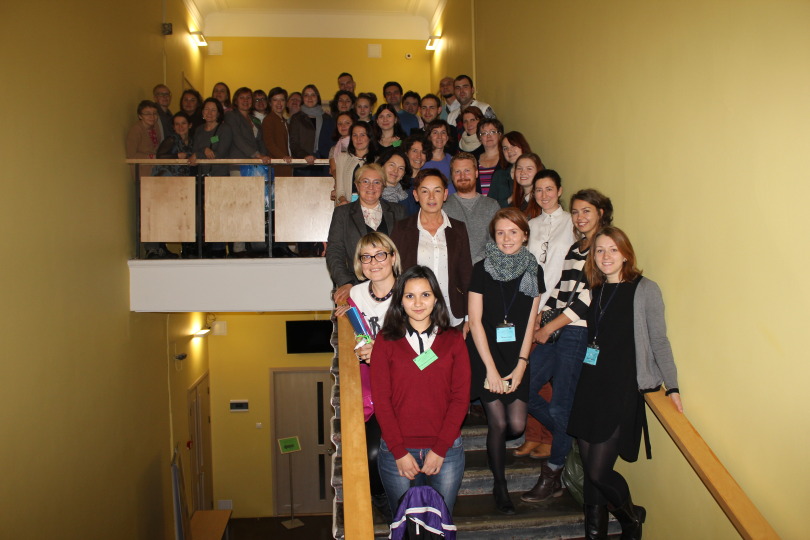 The event took two days and was held in the main building of the Higher School of Economics in St. Petersburg. As expected, the conference was attended by over a hundred participants from 13 countries, including the UK, Sweden, Finland, Tajikistan, Georgia and, of course, Russia, the majority of fellow scientists, along with HSE employees, submitted their reports (a total of 68 reports), as well as moderated sections (22 sections). 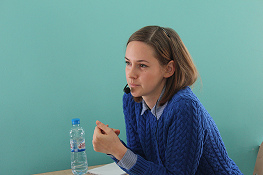 On the Friday morning, October 16, immediately after the welcome speech of the HSE branch director - Kadochnikov Sergei Mikhailovich, Omelchenko Elena - Director of CYS presented her plenary report entitled - "From subcultures to solidarity and back to subcultures: modern interpretation of the youth question." In her report Elena pointed to the peculiarities of thesubcultures development in the West and in Russia, spoke about the urgency of finding an answer to the question of why youth cultures again hit the top interests of journalists and politicians, as well why for someone young people again associated with danger, and for others youth appears to be a "cheap" force in the games on the big political arena. Author of the report shared the views on the meaning of modern subcultures and what distinguishes them from solidarities.

- The basic thing for us - says the director of the CYS, - is the desire to be adequate with the changing reality, youth is changing in constantly, and we should always be adequately interpret and understand its needs. But one thing remains constant, the youth was, is and will be the driving force of cultural, technological, political evolution, will be forming the flows and/or adjust to it, building monuments to the one heroes and "destroy" others. For us it is always important to seek to understand the changing youth. 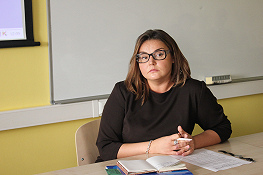 Of course, in each of the sections were key reports, you can look them up in the attached conference program:
program youth and society.pdf

Many guests noted that in contrast to many other conferences ours was attended for one simple reason - "it was interesting." Each report was followed by intense discussions and even if there was not enough of sheduled time for that, organisers provided on Friday evening the modest reception, so everyone could gather and chat over a cup of tea with cakes and biscuits until late evening. 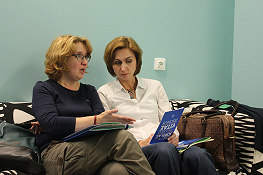 The conference had two plenary sessions scheduled. We told about the first one, so it is time for the second. It was the report of our long-standing partner, a friend, a scientist we conducted so many projects with, person who loves Russia for 25 years straight - Professor Hilary Pilkington. Hilary's report  was dedicated to recently completed large-scale project MYPLACE, in which the team of the Center for Youth Studies was a partner. The name of the report:"Radical futures? Receptivity to extreme and populist radical right agendas among young Europeans". Incredibly urgent problem of the modern world faces the states appears in a complex. multiple ways where the most actual one - the susceptibility of young Europeans to the populist appeals of neo-fascist ideology. The susceptibility increases with the migration processes, even more recent resettlement from war-torn regions of the Middle East and North Africa, is growing due to the complex integration of migrants in a steady, measured, affluent lifestyle of native Europeans. In her presentation, Professor Pilkington provided aggregate data from 14 countries participating in the project, namely concerning the susceptibility to totalitarian agenda of far-right sentiment. And, unfortunately, our country can not boast of low rates in that matter.

The full report can be viewed at this link (English language) 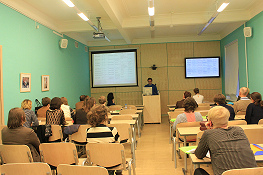 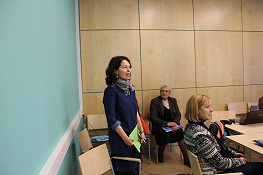 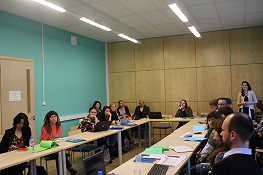 Center for Youth Research thanks Higher School of Economics for supporting our initiative and assistance in organizing the event, for us it is an indicator of attention and confidence in the work we providing. Of course, such international workshopsincrease the shaping of the scientific school, attracting new specialists and young scientists from Russia, Eastern and Western international partners, and also to participate in the promotion of the HSE as a key center of progressive thought, unifying world-class social scientists far beyond the  borders of Russian Federation. Five years of youth studies in HSE and 20 years as a whole is only a start. Our objects of study  are young, full of energy, strive to learn and understand, so we are as well and we look forward to the next 20 years with exceptional optimism.