CYS project "Creative Fields of Interethnic Interaction and Youth Cultural Scenes of Russian Cities" has been chosen by the Russian Science Foundation for support of the research. 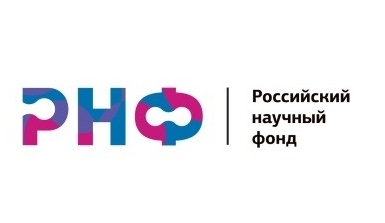 The "Creative fields of interethnic cooperation and youth cultural scene of Russian cities" will be implemented during the next three years. In the frames of the study researchers will try to answer the question: What are the social characteristics of the youth cultural scenes that create the preconditions for the formation and reproduction of the creative fields of interethnic interaction? The selected focus has special social and scientific significance, since it is located at the intersection of two important scientific fields. Modern societies are characterized by the accelerating pace of the conflict differentiation and production of new frontiers, including the ethnical and religious ones. Neoliberalization economy policy crisis of multiculturalism / tolerance / political correctness, increases social inequalities that push frontiers even further more. These new changes have become a challenge for the social sciences, formulating an agenda where questions of finding a new understanding of the theory and methodology of these transformations and the formation of new language technology and social policy of harmonization of society and a search for compromise, reconciliation of opposing positions, creating new social and cultural conditions for positive innovation became the most important ones.

As the object of study we have selected young people aged between 18 to 22 years old, living in multiethnic metropolitan areas (St. Petersburg), and in cities with a certain ethnic "face" (Kazan, Ulyanovsk, Makhachkala). Such a composition makes it possible to describe the urban typology and the diversity of inter-ethnic cooperation in the youth cultural scenes and to describe the positive examples, their location (public spaces and public community), and their social values ​​(solidarity). In addition, the geographic diversity allows researchers to "test" the potential of existing concepts of ethnicity and religion in different cultural contexts and local youth.

Research methods include questionnaire in colleges and universities (3200 respondents); focus groups (16); interviews with young people (ethnic minorities) (120 interviews); expert interviews (20 interviews); case studies (8 cases). In the first phase, researchers will analyze the youth cultural scenes and highlight the most interesting from the point of view of inter-ethnic cooperation and creative potential. Participation in the cultural practices of national (religious "minorities), the presence of ideology, activities, form an ethnic component, the positioning of images and ethnic products essential to maintain solidarity will be seen as markers of interethnic relations. The field is defined as constructive, when it has no conflict or structural different ethnicity acceptation. The second step involves the analysis of the examples of creative interaction in order to identify those youth solidarities on which it is based.

According to the materials of the project a sociological movie film be produced, summarizing the experience of positive and constructive cooperation among the youth.

Date
7 May  2015
About
Centre for Youth Studies