Elena Omelchenko and Guzel Sabirova in European Univercity of Saint-Petersburg: Prison as a part of women's biographies

What gender dispositions are usually appear in the space of women's prison? What resources women prisoners use to defend their dignity, to develop sincerity and trust in a system of disciplinary humiliation? How do women’s networks of support for their imprisoned relatives form? These and other questions were addressed in the presentation Elena Omelchenko and Guzel Sabirova dedicated to the publishing of the second volume of the book: Close to prison: identity and everyday life of imprisoned relatives. (“Aleteya” Saint-Petersburg, 2014) 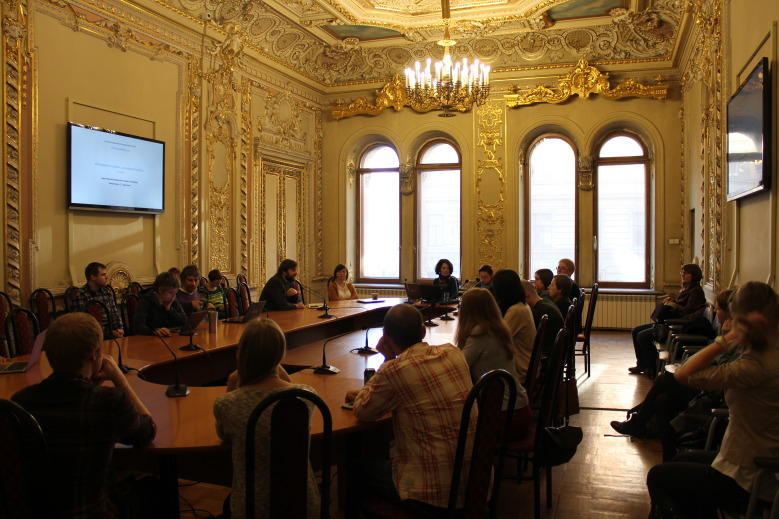 Report was based on two sociological projects carried out by the Centre for Youth Studies (HSE) in 2012-2014. The object for the first study was women who were in prison, and for the second - relatives of male prisoners. Both projects were implemented in the logic of qualitative methodology, hence, the empirical basis of research consisted of biographical interviews.

Basing on the understanding approach, researchers have tried to dispel the persistent stereotype of the colony as an exotic space, an "alien" social world where rules of "regular", "normal" life doesn’t work. As it was highlighted by Guzel Sabirova, prison world adequately reproduce the behavior patterns and problems faced by people who have never had the imprisonment experience. The difference between the "prison" and "will" only in that in the colony, these patterns and problems more pronounced, brought to the limit, exaggerated and therefore may seem somehow exotic.

Researchers lead to the conclusion that modern Russian penitentiary system retains its punitive nature and is differs from the European system being based on the humiliation of human dignity as the main instrument of "reclamation". However, the elements of humiliation in modern Russian society are not the same for men and women prisoners. The second are accused not only in violation of the law, but in being a mismatch to gender expectations and for the rejection to "traditional" female roles. Moreover, mothers, wives, girlfriends and families of prisoners are also got affected by stigmatization and rejection. They are being so-called "co-prisoners." In most cases, women prisoners are deprived of key resources that compensate the hardships of life in the colony - social support networks and close relatives.

Basing on the results of research two collective monographs has been published:
"Before and after prison: women's stories" / edited by E. Omelchenko, Saint-Petersburg .: Aletheia, 2012
"Close to Prison: Women's Networks of Prisoners Support: collective monograph / ed. E. Omelchenko, J. Pallot. - St. Petersburg .: Aletheia, 2015.
Currently we are working on the third monograph devoted to stratification and hierarchies in the Russian prison system.

About
Centre for Youth Studies
About persons