On 6th of March in the Memorial Library of Richard Stites, Olivia Humphry gave a lecture on the topic of “Sexism and Racism in 20th century British football”. Olivia Humphrey is a 4th year History PhD Student at the University of California, Irvine. While her main body of research concerns military death during the late Russian Imperial Period, she is also passionate about the history of sports. During the lecture, Olivia presented us a brief, but meaningful overview on the problems that had taken place in British football almost a century ago. Moreover, the lecture itself was an attempt to concentrate the attention of the participants to the inadequate popularity of the 8th of March as a “International Women's Day”, without clear understanding of the roots of this “holiday”. Throughout the lecture we have also touched the suffrage movement and the very basis of the political rights, that woman a century ago were deprived with.
The first part of a lecture was devoted to the topic of sexism in the British football. Olivia started with a brief historical overview: from the emergence of first soccer teams in 1880s to the establishment of a FIFA Women’s World Cup in 1991. A significant part of a lecture was the history of Dick, Kerr's Ladies F.C., one of the earliest known women's association football teams in England. The story of this team is a good illustration for all the difficulties, which the women’ soccer met in the past. This team can be considered the most successful: “it existed from 1917-1965, and during that period they played 828 games, of which they won 758. They played the first international game against France, winning 2-0. The team worked for the company Dick, Kerr & co., a munitions factory. In 1921 they played at Goodison Park against St. Helen’s Ladies in front of a crowd of 55,000. For example, Everton men's highest attendance in the season (2014/15) was 39,000”. But in the 1921 the FA ban took place, they characterized football as unsuitable for women and banned women teams from playing on their pitches. The ban was actual until 1971. Throughout the difficult times, “women’s football moved to rugby pitches, or just public land, but everything was harder there, and they never got the same crowds. Part of the ban means they are not allowed to advertise their games”. Surprisingly, sport was exempted from the gender equality act (in 1975 in UK). In 1991 a FIFA Women’s World Cup was established – and it was won by America. Women’s football became a feature of the Olympics in 1996.The other part of a lecture was devoted to the racism. Firstly, Olivia mentioned two dimensions of racism: explicit abuse and historical amnesia. Olivia gave a very nice parallel and connected the situation of racism in football with a concept of imagined community which was developed by Benedict Anderson in his book (“Imagined Communities”, 1983). Olivia elaborated on the idea, that “football binds people together – but this is often the binding together of an ideal version of the community or nation”. So, football clubs can be considered “imagined communities” and argument to be given is that in such “imagined communities” the presence of black players was completely forgotten. At the same time, the number of black players increased significantly during the period, but they were still subjects for «torrents of abuse». During the 1960s through to the 1980s, black players were unfairly treated with torrents of abuse. “They were spat on. Bananas were thrown”. Olivia pointed out, that hooliganism and violence were the things, which had started to motivate authorities change something, but they didn’t pay needed attention to racism. Even nowadays, all struggles can be characterized as more personal one, “the players are just left to deal with it as individuals”. For example, Dani Alves, the Brazilian striker, produced a brilliant response to a banana thrown at him by a racist spectator during Barcelona's match at Villarreal, he picked up the offending snack, peeled it and ate it before continuing with a corner kick”. 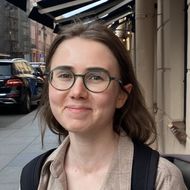