In February, 2017, Associate Professor of the History department Nikolai Ssorin-Chaikov gave seminars in as part of the research exchange with the University of Oslo.

- On February,15th, Nikolai Ssorin-Chaikov gave a seminar "Revolutionary requisitions as gifts and commodities: exchanges between Lenin and Armand Hammer, 1921" at the Museum of Cultural History, the University of Oslo. The seminar explored revolutionary requisition as a distinct, and under-theorized type of prestation by looking at the beginning of controversial Soviet business of Armand Hammer and his gift exchange with Lenin.

- On February,16th, Nikolai Ssorin-Chaikov gave a key note address at the Conference Texts and Things at the Norwegian Museum of Science and Technology. The conference was held on occasion of the opening of an exhibition "Grossraum − Organisation Todt and Forced Labour in Norway 1940−45" devoted to the Nazi occupation era railway construction which combined German engineering technology with the forced labour of primarily Soviet prisoners of war. The conference focused both of the issue of global and transnational history of the major 20th century infrastructure projects and on museum material and textual methodologies. Nikolai Ssorin-Chaikov’s keynote, entitled "Texts as objects, objects as texts: ethnographic conceptualism", highlighted relations between academic research and museums.

On February 17th Nikolai Ssorin-Chaikov gave a paper “'Help to the peoples of northern borderlands': Rethinking Siberian indigenous policies through the lens of gift theory” at the conferenceThe great friendship? The Soviet Union as a polyethnic state, 1953-1991 at the German Historical Institute, Moscow. The conference aim was to rethink Soviet nationality policies and late-socialist forms of cultural diversity.

On February 23 Nikolai Ssorin-Chaikov gave a keynote address, “Gender asymmetries as affective landscape”, at the conference Gender Shifts and Resource Politics in the Arctic at the Uppsala University, Sweden. Gender asymmetries and their manifold impacts have been the subject of debate among local communities, scholars, politicians, and international organizations. This conference’s goal was to elaborate a global Arctic perspective on the issues of gender inequalities and dynamics in a comparative perspective, seeking parallels outside the Arctic and investigating these issues in a diverse historical, environmental, political, social, religious and cultural contexts. Nikolai Ssorin-Chaikov’s paper focused on heuristic possibilities of Siberian ethnography for understanding these issues. 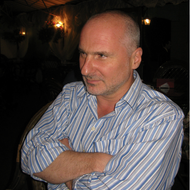