Legacies of Empire in Russian History

Joint session of the seminar “Boundaries of History” of the Faculty of History and Center for Historical Research, and the Laboratory for Comparative Social Research, Higher School of Economics in St. Petersburg. March 13, at 18.00.
Speaker: Ronald G. Suny  “Legacies of Empire in Russian History”. 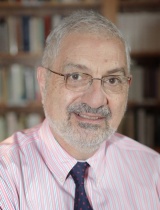 The public lecture is organized by the network of Empire and Nationalism Studies (net.abimperio.net).

Professor Suny is a world-renowned historian with an admirable breadth of interests across the Eurasian field in both spatial and temporal terms. Professor Suny’s intellectual interests have centered on the non-Russian nationalities of the Russian Empire and the Soviet Union, particularly those of the South Caucasus (Armenia, Azerbaijan, and Georgia). The “national question” was an area of study that was woefully neglected for many decades until peoples of the periphery mobilized themselves in the Gorbachev years. His aim has been to consider the history of imperial Russia and the USSR without leaving out the non-Russian half of the population, to see how multi-nationality, processes of imperialism and nation-making shaped the state and society of that vast country. This in turn has led to work on the nature of empires and nations, studies in the historiography and methodology of studying social and cultural history, and a commitment to bridging the often-unbridgeable gap between the traditional concerns of historians and the methods and models of other social scientists.