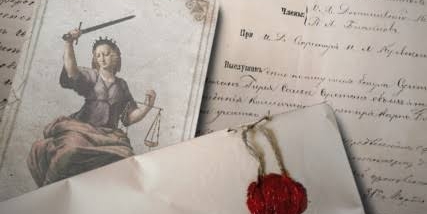 Chronologically, the book focuses on the period after 1864. The judicial reform is traditionally presented as a watershed in the Russian legal history, for the circuit courts, the publicity of the trials and the independence of judges fundamentally changed the legal order of the empire. Geographically, Kirmse analyzes the regions with a large share of the Tatar population, namely the Crimea and Kazan provinces. This approach allows Kirmse to demonstrate how judicial reform changed the practices of law enforcement in multicultural landscapes, fleshing out the trajectories of interaction between the judiciary and the local population.

The selected provinces and their populations were subject to the same laws as the ‘central’ regions. Kirmse's book begins with an analysis of the implementation of the judicial reform in these relatively remote areas. He shows how the ‘center-periphery’ dialogue was being shaped during the establishment of the local courts. He concludes that the central authorities recognized infrastructural limitations in the regions that prompted them to seek a compromise. This perspective questions the ‘authoritarian’ approach to the Russian Empire, highlighting rather the processes and practices of communication-building between the authorities and the imperial subjects.

Dr. Kirmse points out that the participants of most processes were indifferent towards religious or cultural identities, and confessional affiliation was rarely noted in the documents, while social status was considerably more important. Only occasionally did sources comment on the civilizing mission of the empire and its successes in spreading the law to remote borderlands. In general, visions of the imperial subjecthood and loyalty were more significant than ethnic differences. Analyzing the relationship between the courts and the local populations, Kirmse highlights both the establishment of new hierarchies and the formation of patron-client relations between these courts and various groups of society. Although dialogue was a more common form of communication than non-cooperation or open resistance, the latter also manifested itself, especially in the Volga region in the mid-1870s when the land problems and the threat of potential forced conversion provoked conflict. The analysis of the uprising of the Volga Tatars in 1878-9 demonstrates that in times of crisis the authorities preferred forceful methods over the legality.

Drawing on individual cases in his presentation, Stefan Kirmse demonstrates how the judicial reform unfolded in the regional contexts, appreciating both the growth of the legal consciousness and the quality of law enforcement practices. After the report, participants of the seminar discussed the legal regimes of the Russian Empire, the regional contexts of law, as well as the place of Kirmse's book in the debate on citizenship and subjecthood in the imperial context. 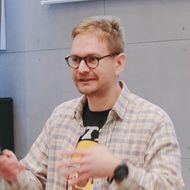