"Boundaries of History": Oleg Kharkhordin about the concept of "republic" 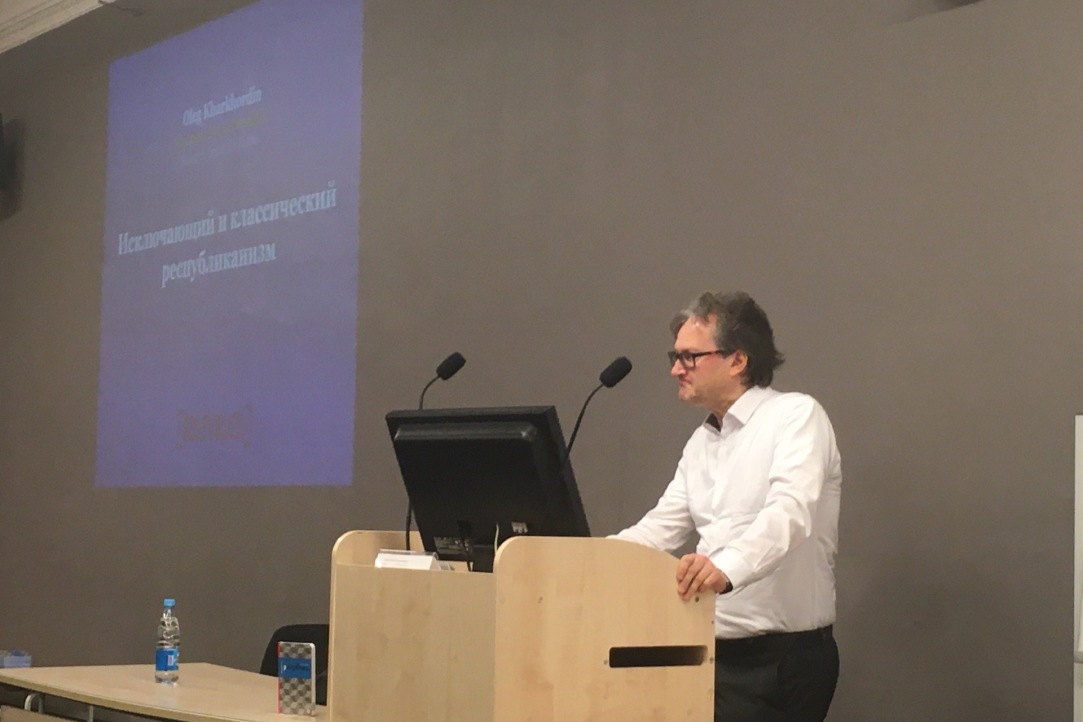 The borders of his scientific interests are difficult to delineate. Oleg Kharkhordin can be attributed to sociologists, political scientists and historians. One of his books, "Reveal and Dissimulate: A Genealogy of the Russian Personality", is devoted to subjectivity and subjectification, which includes him in a dialogue with Igal Halfin, who had already been a guest speaker on the "Boundaries of history", and with Johan Hellbek (Halfin and Hellbek together represent the school of Soviet subjectivity). Kharkhordin's research interests concern the formation of the state, civil society and, more broadly, the problems of political language.

Last seminar was dedicated to his new book published in the EUSP Press, Series «ABC of Concepts» and specifically to the concept of "republic". Most of the speech was devoted to the analysis of the opposition between classical and "exclusionary republicanism" (the term was introduced by Erik Nelson). The essence of an "exclusionary republicanism" is an incompatibility of a monarchy and a republic. The republic is morally superior to the monarchy. Today this idea is obvious, but this was not always the case.

The classical scheme of government forms was given by Polybius, who described the cyclical theory of political evolution. According to Aristotle, there are three good and three bad forms of government. Monarchy is a good form, but it can degenerate into tyranny if the rulers begin to govern in their own interests or under the influence of their passions. Monarchy is a form of Res Publica.

The first one to reconfigure this classical scheme and to oppose monarchy to the republic was the Italian humanist and historian Leonardo Bruni. The context of this contrast was the political conflict between Milan (a Duchy) and Florence (where the communes were preserved). For the polemicists, principates of the North were a good pretext for the accusation of abuse of individual governance. Apart from Bruni, we can also mention Machiavelli and Patrizi, but, as historians write, this contrast between monarchy and republic "did not pass over the Swiss mountains». However, Italy was not the only one. 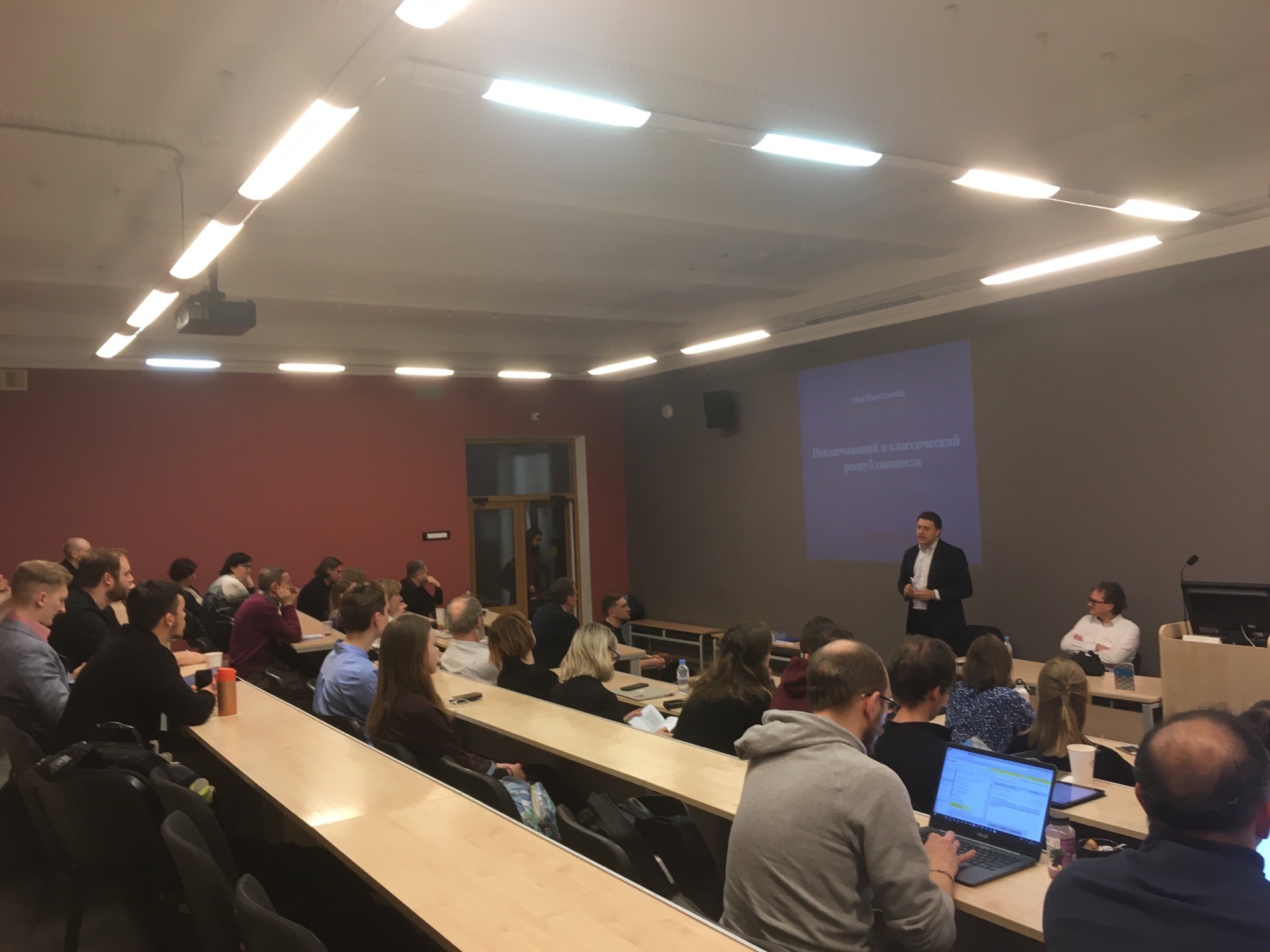 The second source of this contrast is the treatise of Justus Lipsius, a Dutch humanist who brought back the fashion for Tacitus. His "motive" was to accuse the Duke of Alba of suppressing the Flemish revolution. Finally, the third source is the English revolution. After the Protestant revolution, there was a sharp increase in interest in the old Testament, hence its interpreters appeared. The poet and thinker John Milton gave his explanation, which became the driving force of the British revolution. This was about his reading of the eighth Chapter of the First book of the Testament. Milton's idea was that the Jews were the first to create a state guaranteed in its purity of design, to create it as God wanted it to be. However, they later forgot about this and thus lost the freedom granted by the Testament. England intended to reproduce such a state.

Thus, these three courses played their roles where they were destined and united in the XVIII century in one powerful stream called the American, and then the French revolution.

According to Kharkhordin, in order to understand the type of thought hidden from us by this complex tradition, we will have to look at reality differently, without being guided by the prevailing liberal discourse, nationalist, or other conservative views.

Unfortunately, liberal democratic institutions of modern Russia, copied from the West in the 90s do not work. Political scientists call the current system electoral authoritarianism, trying to find a civil society that would fill these institutions with energy. Thinking about society usually goes to extremes: the people are either too collectivistic or too individualistic. So, what is happening to civil society? Kharkhordin believes that classic Republican thinking on this issue can become an outlet in the debate.

Classical Republican freedom and ancient ideals are close to Russians, because almost everyone gets acquainted with them at school. This Republican impulse can be found in writings of Pushkin, Gogol, or Lermontov. Republican ideas about a decent life and how to leave something behind ("A monument I've raised not built with hands, / And common folk shall keep the path well trodden") are part of the ideas of Russian society since childhood. However, liberalism is not interested in how to live your life with dignity. In the 90s they believed that economic freedom would be a forerunner of other freedoms, but the formal copying of institutions and the creation of a "free" market did not lead to freedom. The problem is that a" mechanism " of free life is unknown. While liberalism tells us how to create an Association of free citizens, classical republicanism encourages to think about how to become a truly free man.