US Professor Speaks on Shifting Identities of Russian Repatriates from China

On September 5, Laurie Manchester, Associate Professor of History at Arizona State University, presented her paper on voluntary repatriation of Russians from China to the Soviet Union between 1935 and 1960. The presentation was part of the research seminar, ‘Boundaries of History’, held regularly by the Department of History at HSE University in St. Petersburg. HSE News Service spoke with Laurie Manchester about her research interests, collaborating with HSE faculty members, and the latest workshop. 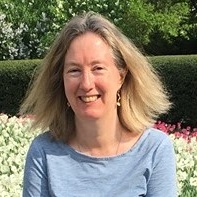 When I was 15 years old I read all the pre-revolutionary Russian classics in English translation. I attended a small private high school and was able to take a Russian history course. When I enrolled in university I started studying Russian, and continued my study of Russian literature and history. After I graduated I was torn between getting a PhD in Russian literature or history. After spending nearly a year studying in Moscow, I decided to become a historian. I chose to write my dissertation and first book on pre-revolutionary history because, while studying in Moscow in the mid 1980s, I was most drawn to the remnants of pre-revolutionary Russia that remained in the Soviet Union, such as the churches and the remains of noble estates. I have now started studying the Soviet and post-Soviet period, but my new project on Kharbintsy repatriates is really about the encounter between Soviet people and people who were the closest vestige of pre-revolutionary Russia.

Approximately 126,000 Russians voluntarily repatriated from China to the Soviet Union between 1935 and 1960. Their repatriation may be the most significant ethnic return migration motivated primarily by cultural, rather than political or economic, reasons in world history. Laurie Manchester’s recent paper focuses on how those who were still alive after the fall of the Soviet Union—which includes many of the 100,000 people who returned beginning in 1954 and were not repressed—united and, over time, developed what borders on a new ethnicity.

While conducting research on the Harbintsy, Professor Manchester visited twenty archives all over Russia (in Moscow, Khabarovsk, Omsk, Novosibirsk, and other cities), the US (in San Francisco, New York), and the Netherlands.

Working in Russia and Cooperating with HSE University

I have known Alexander Semyonov [the head of the Department of History at HSE St. Petersburg], since 2010 when I presented at a conference on subjectivity held at the European University. My friendship with Elena Vishlenkova, who teaches at HSE University in Moscow, dates to 1999. I have just co-edited a volume with Denis Svidzhkov. I first met Denis in 2015. In each case they had already read some of my work before we met, and I had read their work as well. We also had common acquaintances.

I first visited the Soviet Union as a tourist in 1983, visiting both Leningrad and Moscow. In 1985 and 1986 I was a student in Moscow for a summer and a semester. In 1991-1992, I conducted dissertation research for 13 months in the cities of Petersburg, Moscow, and Vladimir. I visited the Soviet Union eight times; I’ve been to Russia 14 times. Most of my visits were for at least three weeks. I love both Moscow and St. Petersburg for entirely different reasons since I find them so different. At certain times in my adult life I have found myself drawn more to one than to other. Both cities have also changed a great deal since I first visited in 1983. Muscovites, for example, have become much more polite than they were ten years ago.

On Presenting at the Seminar, ‘Boundaries of History’

The workshop encompasses topics which are interdisciplinary, which are not only historical but also intersect with other disciplines. I think, and was told, that the presentation went very well. About 40 people attended. I received many questions from graduate students and professors. The workshop lasted 2 hours, and if we had more time, there were more people who wanted to ask additional questions. Afterwards, about 12 of us continued the discussion during dinner and I got to hear about the graduate student’s dissertation projects. I was very impressed by the questions I was asked after my presentation and received valuable feedback for my monograph project.

Laurie Manchester is an author of such works as ‘Fusing Russian Nationalism with Soviet Patriotism: Changing Conceptions of Homeland and the Mass Repatriation of Manchurian Russians after Stalin's Death’, ‘Making Russian Emigres into Soviet Citizens’ and others devoted to Soviet-Chinese relations in the mid-20th century. Her presentation at HSE was entitled ‘What to Do When being Soviet is No Longer in Vogue: The Shifting Identities of Russian Repatriates from China Before and After the Collapse of the Soviet Union’.