On September 27, renowned human rights activist and South Africa Constitutional Court Justice (1994 – 2009) Albie Sachs delivered a public lecture titled “Forging a Constitution for the New South Africa: from Racism to Equal Rights for All” at the HSE St Petersburg. The lecture was organized by the Center for Historical Research and the School of Law, HSE St Petersburg, in collaboration with the Fund for Support of Liberal Education and the Center for Study of Civil Society and Human Rights.

Albert Sachs started his lecture from the recalling the Nelson Mandela and events that preceded the first democratic local government elections in South Africa. Going back to 1952 he told a story of his participation in The Defiance Campaign against Unjust Laws. This year was symbolically regarded as a three-hundred-year anniversary of white civilization rule. Mr. Sachs took part in the campaign while being a student in Cape Town, a city which was in the place where Dutch East India Company expedition under the command of Jan van Riebeeck anchored on 6 April 1652.
Then Mr. Sachs gave various examples of existed discrimination and overviewed the beginning of non-violent resistance towards the apartheid. “There was only one good thing apartheid did – it created anti-apartheid” – he said. In the situation when most people didn’t have rights and the law itself was absolutely discriminatory South African government continued to strengthen segregation which heavily contradicted with the decolonization processes in the rest of the Africa. Eventually African National Congress and some other organizations were declared unlawful, various newspapers and meetings were banned. This resulted in the armed struggle.
Lecturer admitted the importance of international support from USSR, Scandinavian countries, popular movements in UK, USA and Canada, support from African countries, from India, Pakistan and world-wide movements. Under the heavy international pressure and inner resistance, the regime in 1990 freed Nelson Mandela, who spent in prison 27 years. Before that in 1985 he was offered the release upon the condition to rejected violence as a political weapon, but rejected it as African National Congress still has been banned.
However, as Mr. Sachs pointed out, this struggle can’t be diminished to the fight between black and whites, it was not a racial war but fight against the unjust system. As there were black people on the side of the tortures and state repressions so there were white people standing against them.
Mr. Sachs also went across the processes of apartheid cancellation. Elaboration of the new constitution was a complicated process accompanied by the debates about sharing the power. Various projects were pushed forth to let white minority to retain more power. Hard negotiations took 6 years, were broken several times, troubled with massacres and victims from both sides, but eventually all population was given equal voting rights. Mr. Sachs stated that the decision to make president of South Africa elected by the Parliament instead of direct voting was made to lessen the potential of authoritarianism. He also recalled his activities such as preparing the first draft of the Bill of Rights of the Constitution of South Africa and working in the Constitutional Court of South Africa. He gave examples of Mandela’s submission to the Parliament in order not to undermine the constitutional democracy.
During the discussion followed the lecture Mr. Sachs answered several questions, devoted to his books. He spoke about complexity of writing legal judgments and about delusion of judgments always being written in the same order and sequence. Mr. Sachs characterized it as the difference between the logic of discovery and the logic of reason. “For me there are four elements of legal decision:” he said – “discovery, legal reasoning, persuasion and preening”.
Answering other questions Mr. Sachs underlined that elaboration of South African constitutional order was not just a competition of various ideal types of constitutions, but rather a result of the observation of the constitutional practices realization all over the world. He also mentioned the negative role of the Cold War, which negatively affected the entire Africa by encouraging strong military leaders in the region from both left and right wings.
In the end of the question session Mr. Sachs shared some more experiences of being lawyer in a state with legalized discrimination and finished his speech with an advice for youth to keep a belief in humanity and “to keep a treasure of possibility” no matter how much skepticism in the modern world there is.

Born in Johannesburg, Dr. Albie Sachs earned his law degree in Cape Town and began practicing law in 1957, focusing on civil rights cases. Following a prison term for his involvement in the anti-apartheid movement, Justice Sachs went into exile where he completed his PhD at Sussex University and had a long and distinguished career as a law professor, working in the United Kingdom, Mozambique and the United States. A failed assassination attempt by South African agents in 1988 cost Dr. Sachs an arm and sight in one eye, after which he devoted himself to work on a new democratic constitution for South Africa.  In 1990 he returned to South Africa and was a member of the National Executive and Constitutional Committee of the African National Conference, drafting portions of the new Constitution.  In 1994 Dr. Sachs was appointed to the Constitutional Court by President Nelson Mandela. Justice Sachs was the author of numerous high-profile judgments concerning discrimination law before his retirement in 2009, including Prinsloo v Van der Linde, which established a connection between the right to equality and dignity. He is the author of ten books, has received 21 honorary degrees and is the winner of Taiwan’s Tang Prize in Rule of Law among other honors.

About
Centre for Historical Research, School of Law
About persons 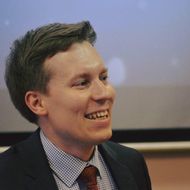