University of Illinois at Chicago (UIC), PhD student
(May - September 2017)

Research project: The study of the archeology of nomadic cultures in late-imperial and early-Soviet Russia

In the summer of 2017, I was extremely fortunate to be able to undertake an archival research trip as part of my preliminary dissertation research. The trip was made possible by the generous support of the Mikhail Prokhorov Foundation and the Higher School of Economics in Saint Petersburg’s International Associate Visiting Scholar Program. My dissertation project, which I am pursuing at the University of the Illinois at Chicago (UIC) under the guidance of Professor Marina Mogilner, examines the study of the archaeology of nomadic cultures in late-imperial and early-Soviet Russia, and the interplay on multiple scientific, discursive, cultural, and aesthetic levels between archaeology and nomadism in the Russian Imperial Space. Participating in the Associate Visiting Scholar program at HSE made it possible for me to conduct research in Saint Petersburg, Omsk, Tomsk, and Moscow in the summer of 2017. Additionally, I am extremely grateful to HSE for the unique opportunity to participate in the international workshop titled “The Imperial Revolution of 1917: Post-Imperial Imaginaries and Revolutionary Politics in the Context of Diversity.” Participation in this seminar allowed me not only to hear presentations from leading scholars in the field of New Imperial History, but also to network with young graduate students like myself on a professional level. I am indebted and deeply thankful to the staff of the Saint Petersburg campus of the Higher School of Economics for helping to make this research trip successful in terms of both enabling my archival research and also in fostering scholarly cooperation on the international level. 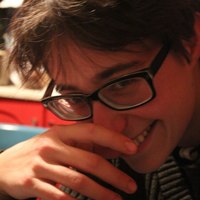 Research project: The effect of popular historiographies on perestroika-era political and economic reforms. 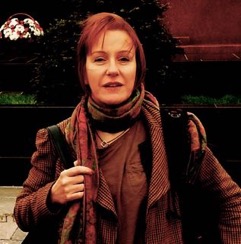 Research project: Days Dark and Stormy: The Russian Civil War and the Making of the Soviet Union

Research project: “Confined Environments of the North from Below: The Nature of     Exile and Punishment in Siberia, 1820-1920”
Exam fields, passed with distinction: Modern Russia; Environmental History; Global History of War, Violence, and Modern Society

Research project: Russkaya Amerika: The Russian Colony and its Role for Russian and US-American Expansion in the North Pacific, 1787-1867

Research project: “Voices of Enthusiasm: the Mobilization of Revolutionary Emotion in Soviet Literature and Culture, 1917-1935.”

Research project: "Claiming the Caucasus: The Evolution of Russian Imperialism in Armenia, 1801-1894"

Research project: "Jewish workers' riots in the north-western part of the Pale of Settlement between 1881 and 1907"

Al. I . Cuza" University of Iasi

Research project: "Visions and Perceptions of Romania in the Russian Imperial Discourse and Public Sphere in the Late 19th and Early 20th Century"