Exchange To Master’s: My Story At HSE

Mustafa Serdar Karakaya invites you to learn about his academic journey and his study at HSE St. Petersburg.
https://spb.hse.ru/en/news/230082729.html

It is always hard to plan ahead in life. I would not call it hard just because it is hard to actually plan it, but because, as 2020 showed us all, life often has plans of its own for us. The story of me ending up in HSE as a graduate student is one that happened not necessarily because of my long-time plans, but as a consequence of abrupt decisions, events, and a few realities that I realized which resulted in me wanting to get my master’s degree from HSE. The following is the brief “history” of how and why I ended up doing a Master’s in Global and Regional History at HSE St. Petersburg.

Ever since I knew myself or more like after passing the usual “I want to be an astronaut!” phase, I wanted to be a historian. Even as a kid I enjoyed reading on history, and watching documentaries about the past all day long, so my decision came as no surprise to my parents. It was not necessarily an easy choice to make though. Our education system in Turkey is not necessarily up to the task when it comes to raising social scientists. That is why I spent five years in high school (we had a year-long preparatory class in English) working on perfecting my English, which was necessary because I wanted to study abroad, likely in the USA, to start ahead in my career as a historian. As you may guess by now, that did not really play out the way I wanted it to be. The high school in which I was studying decided to shut down its SAT programs, and guidance for studying abroad, and we were left with no other choice than to focus on national university entrance exams. After some deliberation I decided to study Comparative Literature (which was easier to get in) and then do a double major with History later on. That did mean that I ended up studying for an extra year at the university, but I would not trade those precious years away for anything, including an early (or on time compared to my friends) graduation. Over the years I realized that there was more to university then just studying and getting good grades, with occasional Friday nights spent binge drinking with friends. I looked up some exchange programs and found myself freezing to death at New Year’s Eve in Vancouver, Canada in a couple of months. The four months I spend at the University of British Columbia were some of the finest and most life changing time of my life. It was one of those special moments when you can almost feel that you are “adulting.” I realized that being a historian needed so much more than just reading and writing, it required a proper understanding of our civilization at its core, and what better way to do that then to travel? This triggered a wave of travels for me that made me visit Berlin, Budapest, Tbilisi, and some cities in Turkey within the last two years but that certainly was not enough to sate my appetite. I needed something bigger, something more meaningful than spending around a week in another city. I needed to study abroad once more. 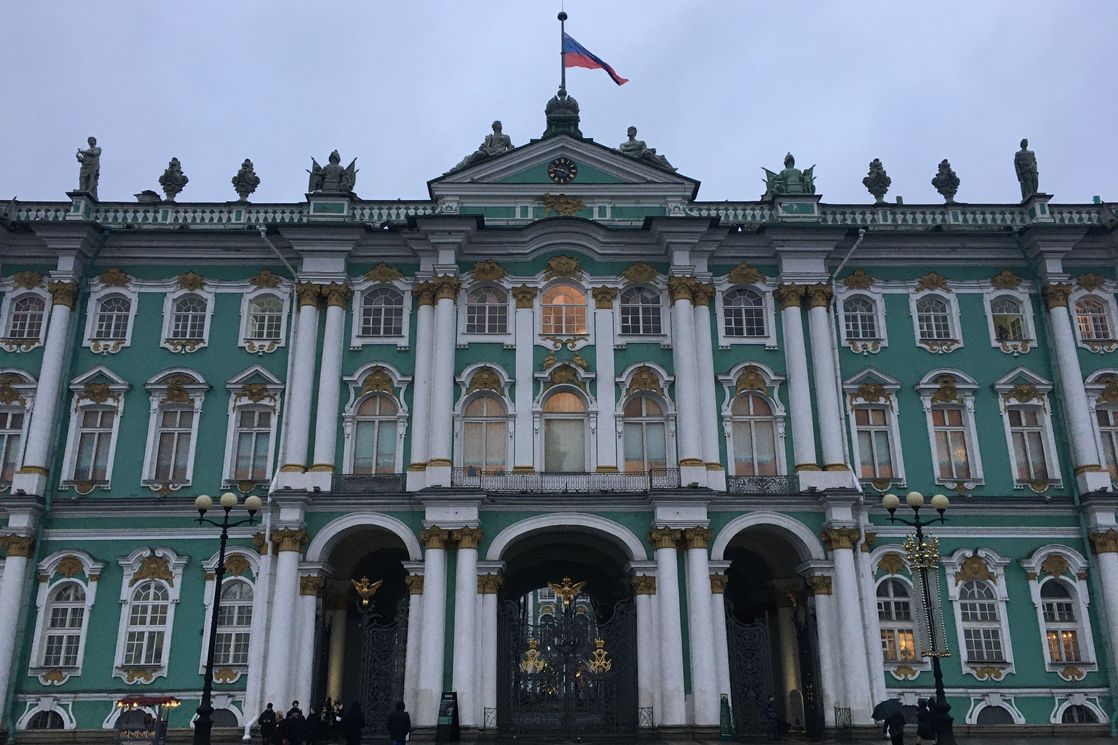 The Path to Saint Petersburg

For those of you that did some research about exchange opportunities at HSE, it should be crystal clear that even if studying abroad is an expensive endeavour, its cost can somewhat be mitigated by certain funds, scholarships, and other similar offerings. In Koç University, those funding opportunities were divided into three categories: Global Exchange scholarships, Erasmus+ scholarships, and Erasmus+ Worldwide stipends. Turkish economy was struggling after 2018, so I most certainly needed a proper scholarship to be able to pull this off. I had already received a Global Exchange scholarship, so applying to another non-European (mostly North American and Australian) university was not an option for me, since I would not get the scholarship for a second time. The normal Erasmus+ program, which dealt with schools in “Europe proper” did give a monthly stipend to all students, but the amount varied drastically from year to year, and from country to country, and it most certainly was not enough to cover most of my expenses in the majority of countries I was interested in. So, what remained was Erasmus+ Worldwide, a rather new program with “exotic” choices, ranging from Cairo to Phnom Penh, and from Cape Town to, well you guessed it, St. Petersburg. The stipend was around 700 Euros for every destination, and it was guaranteed. That was exactly what I was looking for. An amount that is enough to cover all my expenses, allowing me to properly enjoy my semester abroad. It would be a lie if I said picking St. Petersburg was a straightforward decision though. I always wanted to visit Russia, but the idea of spending four months near the Pyramids, or in South Africa thousands of kilometres away in an entirely new culture or enjoying South East Asian cuisine (which is one of my favourites) in Cambodia was always on my mind. I did want to learn Russian though, so the “adulting” I went through in Canada paid off and I managed to pick HSE’s St. Petersburg campus as my first option without giving into the temptation for other more exotic destinations. Almost two years after that decision, I am glad that it turned out this way. 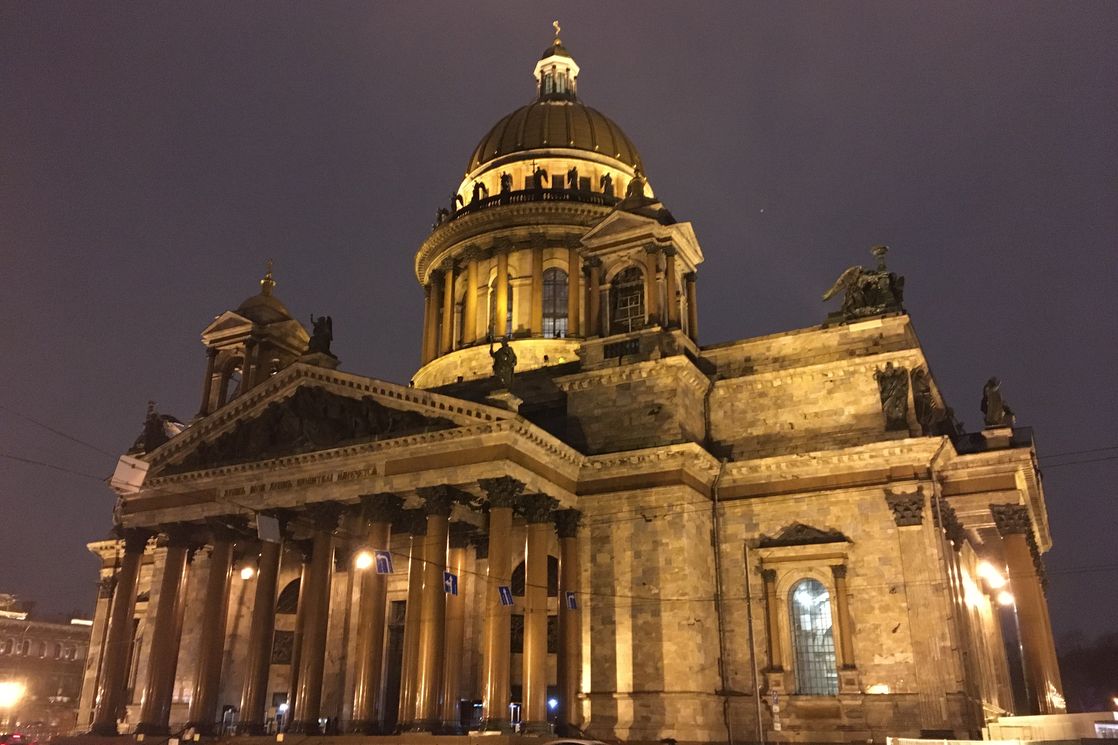 I came to St. Petersburg in early January and was surprised that the weather was actually better than Istanbul when I landed. What surprised me more was the extreme kindness and hospitality of the buddy that was given to me. I had a rather terrible Russian back then, which is still fairly bad. So, I was afraid that I would not be able to find my apartment easily, especially with no SIM Card, but that ceased to be an issue when Polina helped out all throughout this process. After a week of settling in, getting my SIM Card and Sberbank account, and some gatherings with the other exchange students, I was ready to explore the city properly. Instead of doing that though, I was stuck at home doing research on which graduate programs I can apply to. After applying to an Erasmus Mundus program that offered a great opportunity to study at three different locations in two years, I decided to apply to HSE’s new program on History as well. That decision did not come to me overnight, but as a result of a few things I observed throughout my stay at St. Petersburg, which was cut short, sadly, due to the pandemic. After spending around 3 months in this beautiful city, I had to go back to Istanbul and continue my studies there online. Only those of you who have been on exchange programs during last Spring semester can realize just how painful of an experience it is to “study abroad” whilst being stuck to your room, watching some lectures on a computer screen… One way or another, what little time I had in St. Petersburg gave me plenty of reasons to stick to my decision to apply to HSE, and when I was eventually accepted to both programs that I applied to, I picked the latter. 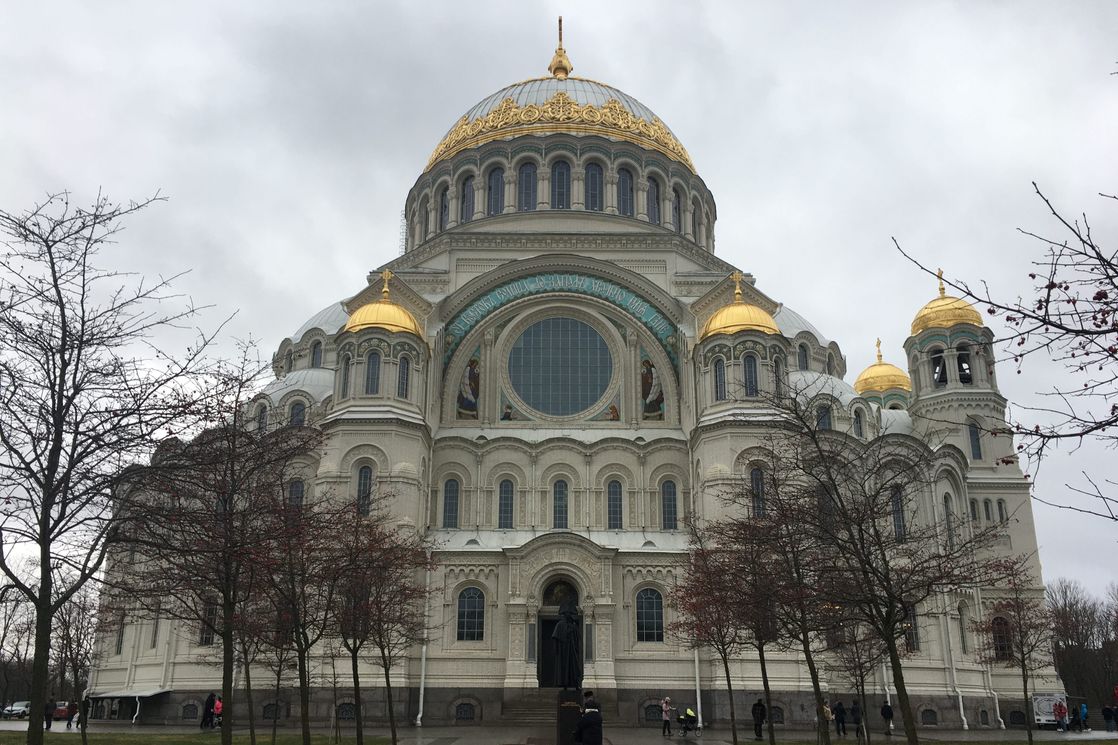 The Naval cathedral of Saint Nicholas in Kronstadt

I am sure that each and every one of us have some reasons as to why we study what we do and why we study where we do. For me the “what” part was apparent for many years, History. But “where” part was hard to lock down. I knew that I did not want to continue studying in Turkey, because I wanted to see more of this world, but I did not necessarily have an exact place in my mind that I wanted to go. I think I can count many reasons why I thought that HSE was my best bet last year as I was applying for schools, and I will list some of the most important reasons here.

This was my journey in becoming a graduate student at HSE. I hope that you enjoyed reading about it as much as I enjoyed going through this intertwining plethora of events.