Elya, one of the finalist of last year's HSE Science Battles, talks about this project, her research and why science is very cool.

Hello everyone! Today I would like to share with you my interview with a famous girl from my university’s faculty. Her name is Elif Shipi, she took the 2nd place at HSE Science Battles in 2019 with her survey about communications inside Twitter fandoms. Science Battles is a place where HSE students and graduate students talk about their research from the stage for 10 minutes. There is only one strict rule - no presentations, only public speaking skills and unusual props. At the end of each battle, the audience and the jury determine the winner who will proceed to the final battle. Whoever wins the final battle will receive a prize - an academic travel grant to Europe.

Elif or Elya, as everyone calls her, took the 2nd place at Science Battles in 2019, her research was about Twitter fandoms and how people communicate inside them. She analyzed around 6300 tweets and conducted 10 interviews with participants from six countries (Russia, the USA, India, Israel and Puerto Rico).

I called her a few days ago in Telegram and we had and interesting conversation about her opinion on science and Science Battles. 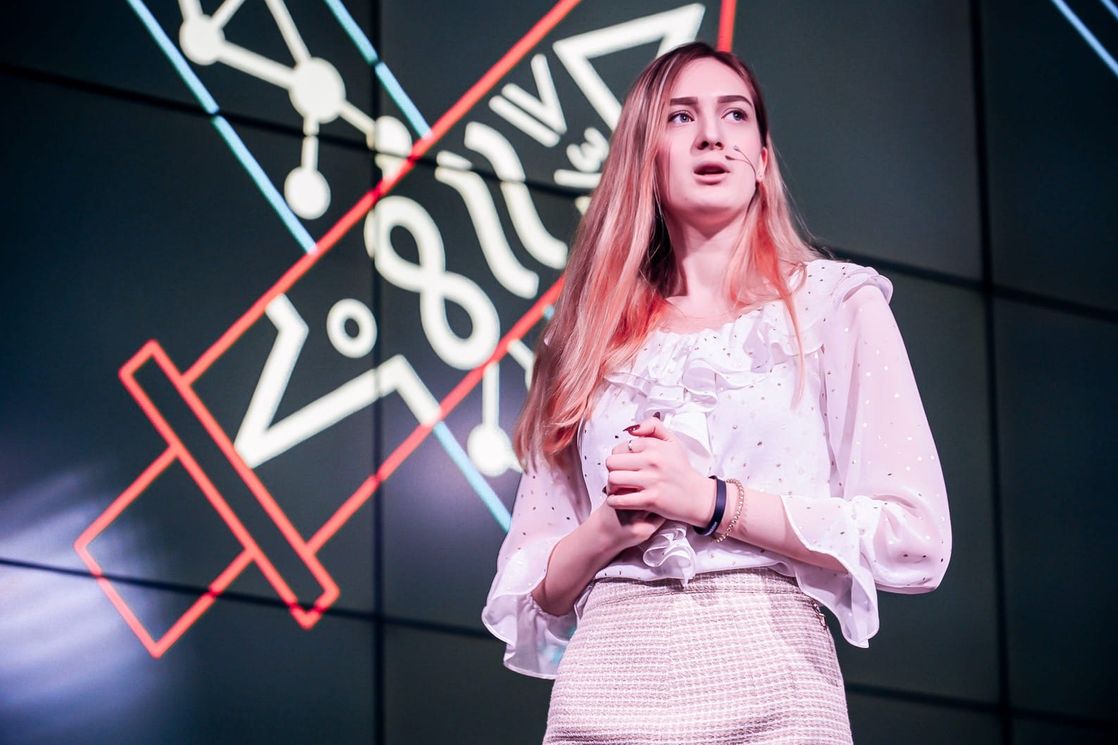 Elya Shipi
Hello, Elya! Will you please tell us some words about yourself, your free time?

My name is Elya Shipi. I study in HSE, at the Faculty of Communications, Media and Design. More precisely - the Department of Integrated Communications,  Bachelor prohgramme in Advertising and Public Relations. Now I am already the 4th year student. Like all future graduates, I am writing my final diploma and I try to meet all the deadlines. In my free time, I like to play sports, read various articles - mainly about political communications, online communication and much more. I love to find and listen to music, while combining this process with something else.

You were a speaker at HSE Scienсe Battles last year, can you tell us about this project?

Science Battles is a very cool project. Popular science is becoming more and more relevant and interesting today. My experience in battles had a profound effect on the formation and strengthening of my interests.  I remember that after the speech I knew unconditionally that science is my passion.

It is a very funny question, because in the first year of studying in the university I was not interested in science, research and all of that. When I started studying Advertising and Public Relations in 2017, I did not think that from all areas of this sphere I would be interested in science and research. At the beginning of the second year, when we studied and touched upon the field of science, I was not quite into that kind of things, since there was no particular desire to delve into these complex and incomprehensible terms.

We began to study theory, there was this discipline called Research Seminar devoted specifically to conducting research. Since the 2nd year of study is the time to write a coursework for all the students. I remember exactly that my interest appeared after the 2nd module in the 2nd year, when we passed the theoretical framework for the coursework. And the Research Seminars were very interesting, that's how it started. Without realizing it, I became more and more interested in this area: started to read articles, studied how research was conducted, what to look for. Actually, at some point in the group everyone started calling me "a girl who loves science". The closer to the date of presenting the term paper was, the more I heard:

Elya, help me with the term paper.

Elya, how can I write the operationalization correctly?

Elya, look at my hypotheses. Is Everything alright with them?

It was an interesting experience, and I was only in favor of helping my friends. Although it's funny, because I didn't have any super-knowledge. I just consulted my research supervisor and read additional literature on the structure of research writing. I was so deeply imbued that now I love the whole thing even more!

Why did you decide to become a speaker at Scientific Battles?

I didn't "decide" to become the next participant in Science Battles, if I may say so. I visited literally all the semi-finals (well, the finals) after the first season, I really liked the atmosphere, the concept of the project. At first I did not understand how it was possible to go out and talk about my research in front of everyone. Just when we passed our term papers at the end of the 2nd year, I knew that I definitely want to try myself in this project. So, I came to the finale of season 2, where my teacher was on the jury and told me that I needed to participated the next year. Well, actually, my answer was quite obvious. I said that I was all for it. Finally, the third course came, a couple of people threw me a link to submit an application. I filled out the form, but I was afraid to send for several days, but fortunately my best friend did it for me and clicked the "Submit" button. A couple of weeks later, when I was sure that I was not approved, the guys from the team wrote to me and said that they would like to see me at this semifinal. Well, that’s the whole story!

What was the topic of your research with which you spoke?

My research was devoted to the peculiarities and specifics of online communication in the twitter fandoms of TV series. In a very short and straightforward manner, fandoms is the term used to define a new post-subculture and a movement of fans characterized by a sense of spirit and camaraderie with others who share a common interest in something. Basically, my goal was to understand what is the difference between different fandoms, how the communication of fans can differ depending on which fandom they are in, whose fan they are. Online communication is quite an interesting phenomenon today.  It is especially interesting to look at this now in the era of a pandemic. I did my research in 2019, so there is a lot to compare. Speaking of research, my method was mixed - content analysis and in-depth interviews. It was important to find out what causes conflicts in fandoms, so in the content analysis my sample was 6247 tweets, from which I subsequently ranked the most popular words that were used by fans during the conflict. And in-depth interviews were different in that I spoke with people from different countries of the world and different fandoms. So, we can say, in a sense, I made a comparative analysis. Online communities are now a kind of place where people come together through common interests, experiences and support, so it is very important to continue to study the specifics of such communities.

Why did you decide to do research about communication in twitter fandoms?

I've been in fandoms for 6 years. This community has formed part (perhaps most) of my identity, so when I saw this particular one, about TV series fandoms, in the list of proposed course topics, I chose it without much hesitation. Sitting on Twitter for 6 years is also an interesting experience, so I wanted to use it in scientific work right away. Well, when this is your first experience in writing a scientific work, in any case, you choose what, at least, will be interesting and comfortable to write, if I may say so. I am very glad that I chose this particular topic, because now I have not only personal experience, but also most of what is happening in fandoms and online communities I can empirically confirm, in fact, with my own research.

Performing is very cool. I repeat that at first it seemed to me that it was incomprehensible and scary. But then, when you go on stage and see that people are waiting for you to tell about your research, the fear disappears. That's how it was for me. I saw interest in people, so it was not particularly scary for me if this was the question. Of course, the jitters are present, but these are trifles.

Is it difficult to get to the Science Battles as a participant?

Not so difficult if you really want it. I think this would be a relevant answer. Before the start of each season, we publish a link where you can apply for participation. Yes, I used "we" because I am now on the Science Battles team. About 6 months after my performance I got into the team. And that's just great! I have never seen a more interesting and cooler project at HSE. Well, at least for me.  Returning to how to become a member, I repeat that it is important to follow the updates in the VK group. We just finished accepting applications just recently, so a new season with new and cool exploration starts soon! Don’t miss it.

What are your future plans in the scientific field? You said you would like to become a teacher.

At the moment, the main part of my future plans is to successfully write and defend the diploma. It is very important for me to do great research that will bring something new to science. I am writing about the representation of terrorism in Russian and Turkish media, I will conduct a comparative analysis. I have wanted for so long and even dreamed of writing such a key work in English, so here I also make my dreams come true, let's say it like that. I can say for sure that I really want and will develop in the field of science and teaching. So far, it is difficult to say what I still like more - science or teaching, since there was no such experience of teaching at the university. Now I am a teaching assistant in one of our academic disciplines, with all the load this is enough now. I am assisting in the fourth subject and I can say that I really like it. Therefore, to the question of teaching - yes, I would very much like to. I really like to interact with students, to help them, therefore, I think that this is "mine". Hope this will happen in the near future.

Want to know more about Science Battles? Here are the links: