Sergey Nesterov invites to dive into the world of Andy Warhol's and visit the exhibition in Moscow.

Wildly anticipated Warhol’s exhibition was finally opened on the 25th of October. It is located in The New Tretyakov Gallery and you can visit it until the 10th of January of the upcoming year. The exhibition is called “Me, Andy Warhol” and it contains around 200 of his original works. His most acclaimed works will be shown there. 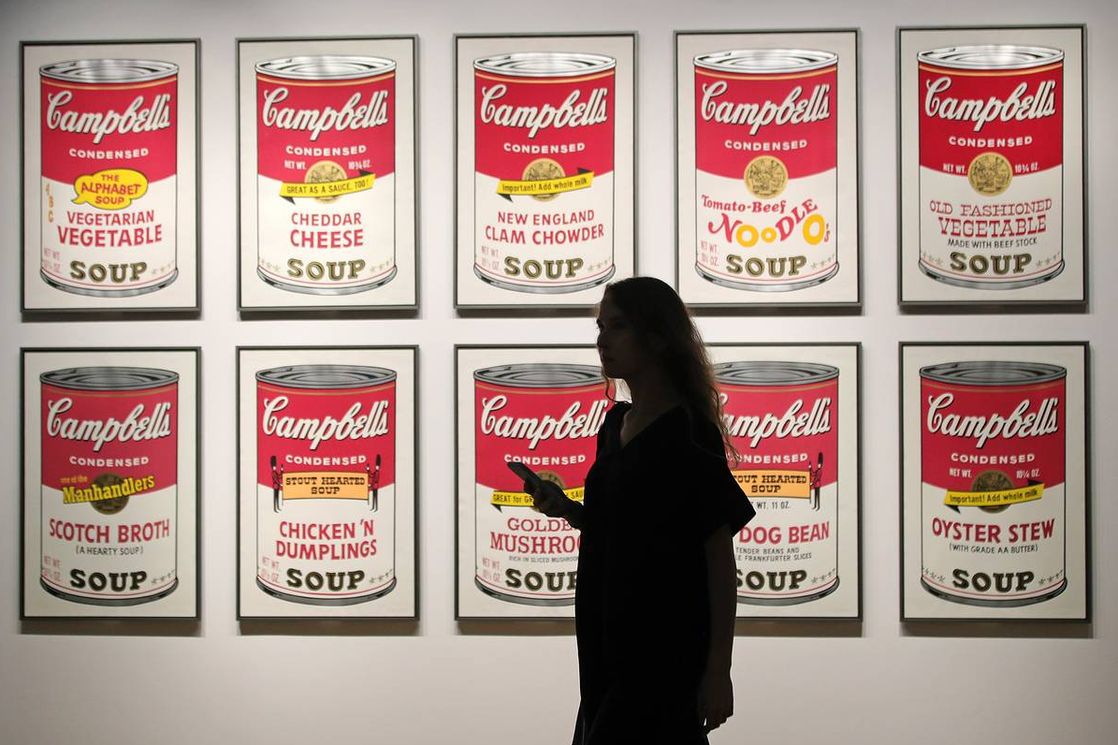 Wildly anticipated Warhol’s exhibition was finally opened on 25th of October. It is located in a New Tretyakov Gallery and you can visit it until 10th of January of the upcoming year. The exhibition is called “Me, Andy Warhol” and it contains around 200 of his original works. His most acclaimed works will be shown there. His famous Marilyn Monroe portrait, Cambell’s Soup Cans, Mao, Flowers and many more. Despite the fact that many mass media talks about that most of the paintings are not original[1] it is not true, don’t believe them, they don’t understand that Warhol’s art was about, all works displayed there are undoubtedly created by Andy himself. Don’t be afraid to visit that fascinating exhibition, right now there are not a lot of people and all the workers keep social distance and wear masks.

The curator of the exhibition is a famous Gianni Mercurio, a specialist in American art, who previously curated museum exhibitions by Warhol, Keith Haring, Jean-Michel Basquiat, George Segal, Roy Lichtenstein and other artists[2]. Furthermore, it is not the first time he works with Tretyakov Gallery, in 2017 he already curated exhibition called “Metaphysical Insight”. He is considered one the best specialists in terms of Andy Warhol’s art and persona.  If you are familiar with these names, you might understand that he is indeed a professional, if not, just remember, that they are very important people in the art world of the 20th century and almost as popular in modern culture as Andy himself. This exhibition is one the most interesting in Moscow during this fall and I am sure that anyone who likes art should visit it.

Why you should pay attention to so famous Andy

He is critically acclaimed as a “king” of pop-art and is one of the most influential and extraordinary persons of the 20th century. He was number one artist in America at the time of his success, his works were everywhere, even on almost every well-known magazine covers. His name is synonym of an American art[1]. A lot of famous musicians admired him and wanted to work with them. Among his friends were: David Bowie, Bob Dylan, Lou Reed and Mick Jagger, if you are into old music, you know how famous and talented those people were. Andy is the author of one of the most recognizable album covers in the world. I’m talking about The Velvet Underground & Nico 1967 debut album. Andy was a friend with a band members and he draw that famous yellow banana painting that they used as album’s cover. And from 60s till today this album considered one the most influential records ever made in the history of popular music[2]. His paintings defined mass culture for the decades to come and his iconic style became one the most recognizable in society. Even people who are far from the art world can easily say which painting is his and which is not. There are a lot of interesting stuff on this exhibition besides paintings like magazines and movies, for example you can watch the notorious 8 hour long Andy’s movie “Empire”, just joking of course, but it is there too.

So why you should visit this exhibition? To put it bluntly, Andy is considered one of the two most influential artists of 20th century, the second one being Picasso[3]. His works of art inspired many people for several decades, his style is recognizable as it can be and he was not only a painter, but a director, writer and even a member of the rock band and many more! His art students were very popular artists too and all they said that Andy was a significantly talented man. His art is still relevant till this day with the development of mass culture, even after almost 50 years he is still popular among young people as he was in 60s.

I hope this article will find its reader and you should definitely go and see this exhibition with your own eyes. Have a great day.