‘Snack’ Writing To Help You Get Your Work Done

Short writing sessions as an extremely helpful alternative to what you have been doing for all these years.

Have you ever found yourself in a situation when you are well aware of the fact that you need to start working on a big project or your course paper, but you simply cannot manage to do so?

Even those who are good at time management and can estimate the approximate amount of time they might need to get this work done quite often find it hard to actually sit down and start writing. As a result, a lot of university students end up having no other choice but to write the whole thing in one sitting, more often than not, right before the deadline.

There are several reasons behind this common problem students face.

University students, in most cases, have to be good at multitasking and manage to work on several projects at the same time. Quite often some of the current projects one is working on might seem to be more important than a course work or a research paper that one has to submit by the end of the studying year. In such cases, since the deadline for the latter is not coming soon one might feel like it’s “safe” enough to postpone it and focus on those tasks one has to complete by the end of the week or even sooner.

Real and perceived lack of time

Various activities, classes, projects and part-time work might make it seem like one has absolutely no free time to sit down and work on such big projects (that, as one assumes, would take a lot of time and effort). Those short breaks in-between classes or shifts that one might have don’t feel like they would be enough for him/her to actually write something meaningful which is why majority of students give up before they even give it a try.

It might also be the case of one having enough free time but spending it on other activities (often, to distract oneself from thinking about the work that needs to be done or just to relax) or procrastinating.

Such big projects as one’s course work, diploma or a research paper might seem to be overwhelming due to all of the requirements that have to be met and all the work that has to be done. Even before actually trying to do something this fear is created in student’s minds and later works as a psychological block keeping them away from any activity related to that. The fear of failing one’s academic advisor expectations also plays a significant role in such cases.

Even though in most cases students can choose their topic of a course work themselves (after consulting with their academic advisor), there are also some cases in which students have to write on those topics that they don’t find interesting or just lose interest in their own topic. This, obviously, makes it a lot harder to work on such projects especially when there are other projects and tasks of one’s interest. 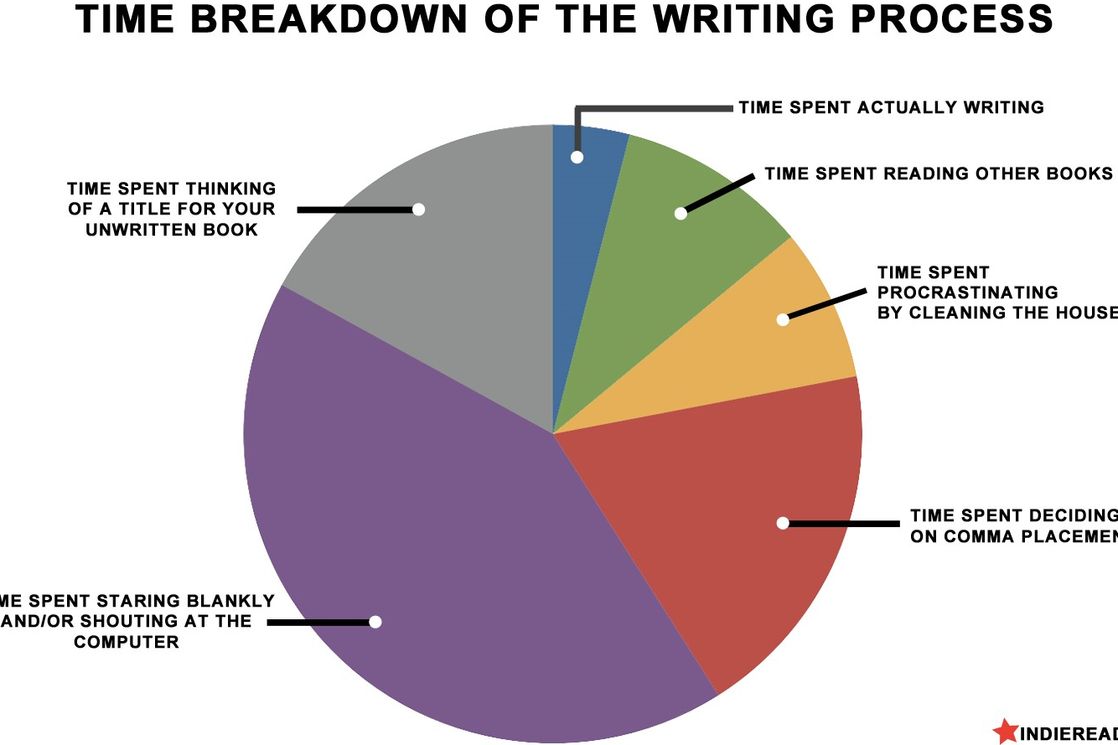 One of the possible solutions to help one actually get the work done is sticking to the technique known as ‘snack’ writing instead of ‘binge’ writing everything the night before the deadline.

‘Snack’ writing technique implies having short and regular writing sessions that can be from 30 minutes to 2 hours long depending on personal preferences and goals. These sessions have to be repeated every day (5 days a week if one is busy during the weekend or just has to rest) and seen as a part of one’s daily routine.

While research results show that those who stick to this practice, on average, are able to write and publish more papers than those who don’t, some of the main advantages of ‘snack’ writing can be highlighted.

It was made clear by extensive research done in the field that the attention span of modern students keeps shrinking. While the habit of constantly using a smartphone, scrolling through social media, reading from the screen etc. can be considered one of the possible (and quite obvious) reasons behind this change what is more important is the consequences of it. It gets harder and harder for modern students to stay focused which, consequently, makes it harder for them not only to actually write something but also to read materials for the literature review and do their research.

‘Snack’ writing might be one of the possible solutions to avoid these problems because it is simply easier for students to stay focused for 30 minutes than it is for a couple of hours.

Those breaks in-between classes or any other short periods of time when one has nothing to do that can be considered to be too short to actually work on something during these 30 or 40 minutes can now be used as those short ‘snack’ writing sessions. This can not only help one to move one step closer to their goal but also make them feel like they are actually being productive.

When one knows that they will have to pull another all-nighter and work for several hours, psychologically, it’s a lot harder to push oneself and actually start working. With ‘snack’ writing, on the other hand, it gets a lot easier to start working because one knows that this writing session will be quite short and, because of that, simply easier to get through. Once the time is over one also feels accomplished and since in case of ‘snack’ writing this state of feeling accomplished and productive is reached faster, one is motivated to get the work done.

There are a lot more advantages of this technique that can be listed, but the best way to find out what these are is to experience it. We are all different and, who knows, maybe you feel a lot more comfortable ‘binge’ writing your essays in a single 5-hour session and ‘snack’ writing is simple not your cup of tea. In order to find out if that’s the case we advise you to at least give it a try. Good luck!