Probably every foreign person associate Russia primarily with soviet time, totalitarism and communism. In this article I’ll talk about an art-couple who although lived in such time, nonetheless somehow had a very non-standard  viewpoint about everything that had been going on around them.

Two years ago in 2018 the Tretyakov gallery hosted their “Not everyone will be taken into the future” exhibition and that’s where I became acquainted with their art.

Ilya Kabakov was born in 1933 in Dnepropetrovsk, Russia. He used to be a book illustrator first. In 1960-s he started creating artworks that formed the basics of Moscow Conceptual art. Later in 80-s he found himself creating installations that show the atmosphere of soviet communal mode of life.

His wife, Emilia Kabakova was born in 1945 in the same town as Ilya - Dnepropetrovsk. She finished music school and studied Spanish and literature in Moscow State University. Since 1975 she lives and works with Ilya Kabakov in the U.S.

As I have mentioned before their artworks belong to conceptual art, which point is to convey/express the concept, the idea instead of the classical understanding of art where the main point is to enjoy the beauty of a masterpiece. 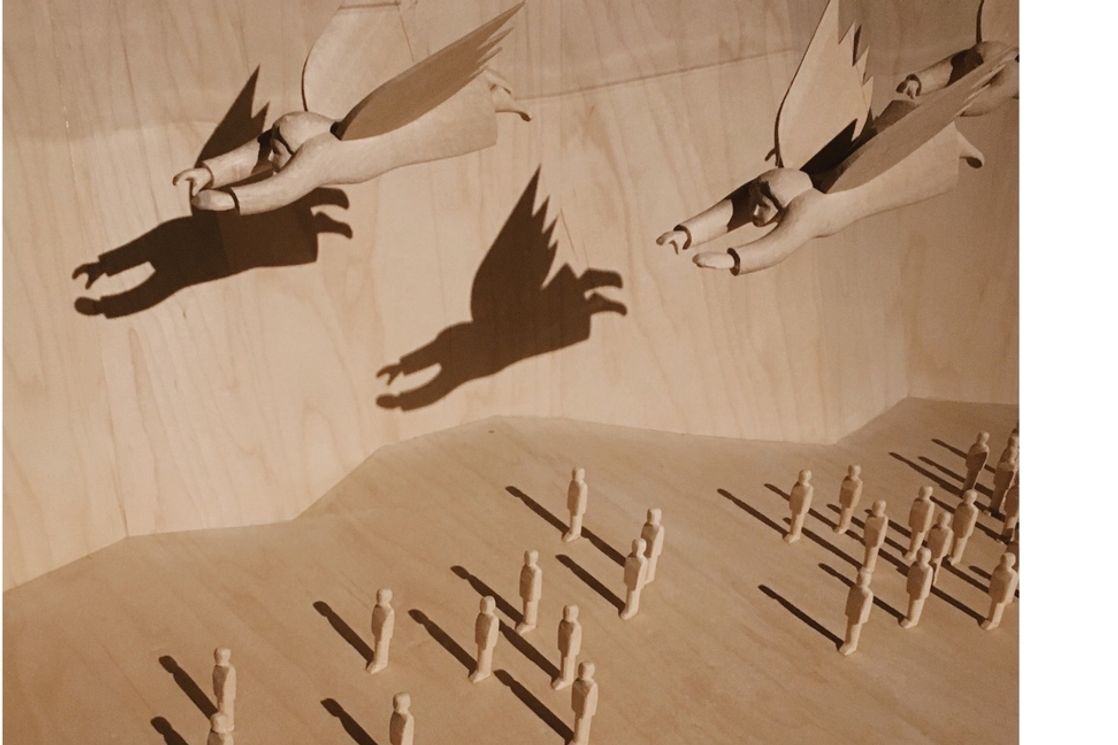 The Kabakovs are mostly well-known because of the genre of total installation. Ilya Kabakov considered modern art as something that is far beyond the frame of two-dimensional painting and it inspired him to create a new genre in art – total installation, where

a viewer is surrounded with artistic atmosphere on all sides. Walls, lighting, air - every little thing and even the viewer himself becomes a part of the artwork. What is truly interesting, in my opinion, is that Ilya Kabakov’s first installation was created in his tiny workroom/studio  that was located on the roof. He assembled it every day all over again to show his friends or western diplomats that showed there very often. 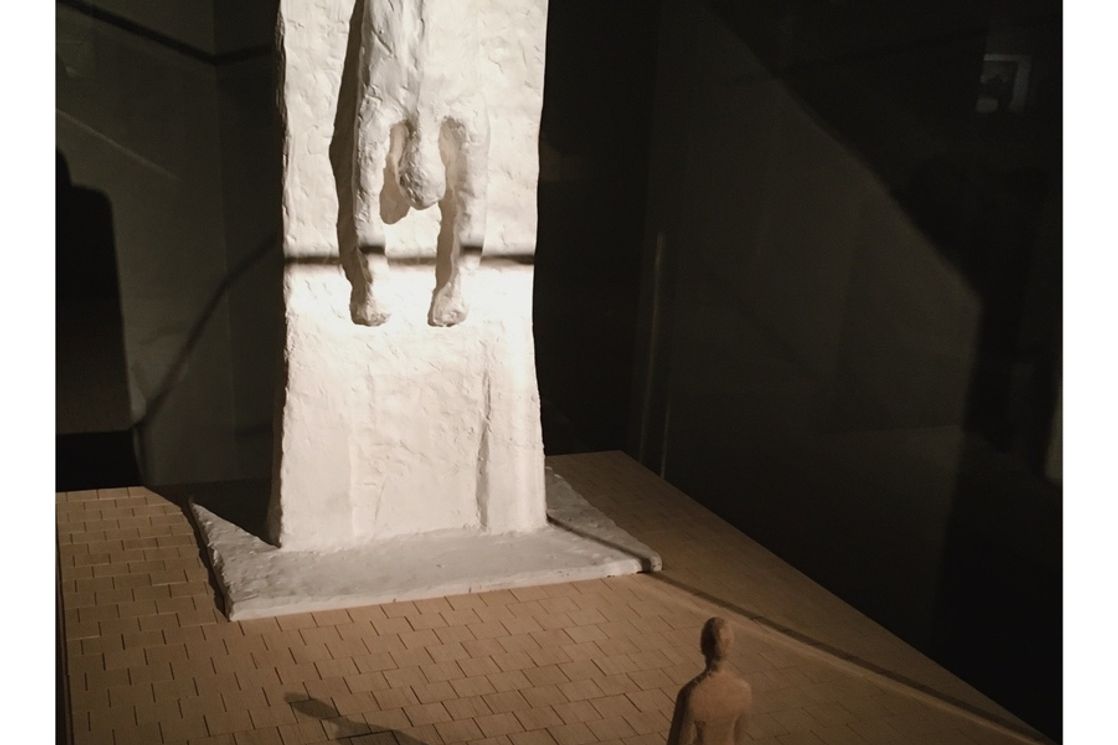 My favorite work of their art is an installation called “The Man Who Flew into Space from His Apartment (1985)”, where there’s basically a room papered with photos of typical soviet life, propagandistic posters, summoning to honesty, bravery and honor. In the center of installation  there are a cot, two chairs with a bred thrown between them, a catapult attached to the wall with rubber bands and a big empty whole on the ceiling. In the corner of the artwork there is a small layout/model of a place and a drawing with a trajectory of the flight of the man. On the wall there is also a small shelf where there are texts of his neighbors about what had happened to the man.The viewer is invited into the room whose inhabitant tried to desperately escape from the soviet reality he used to live in.

Ilya Kabakov claimed that installation describes a situation of escaping into paradise of a typical soviet person fostered on the believing in boundless possibilities of human intellect. It means that the man who flew into the space from his apartment did not believe neither in religion or western propaganda. Flights into the space – one of the main soviet fantasies thus got a new dark interpretation escaping from unbearable reality.

Although their art represents mostly soviet life, most of the ideas they developed make sense even now. 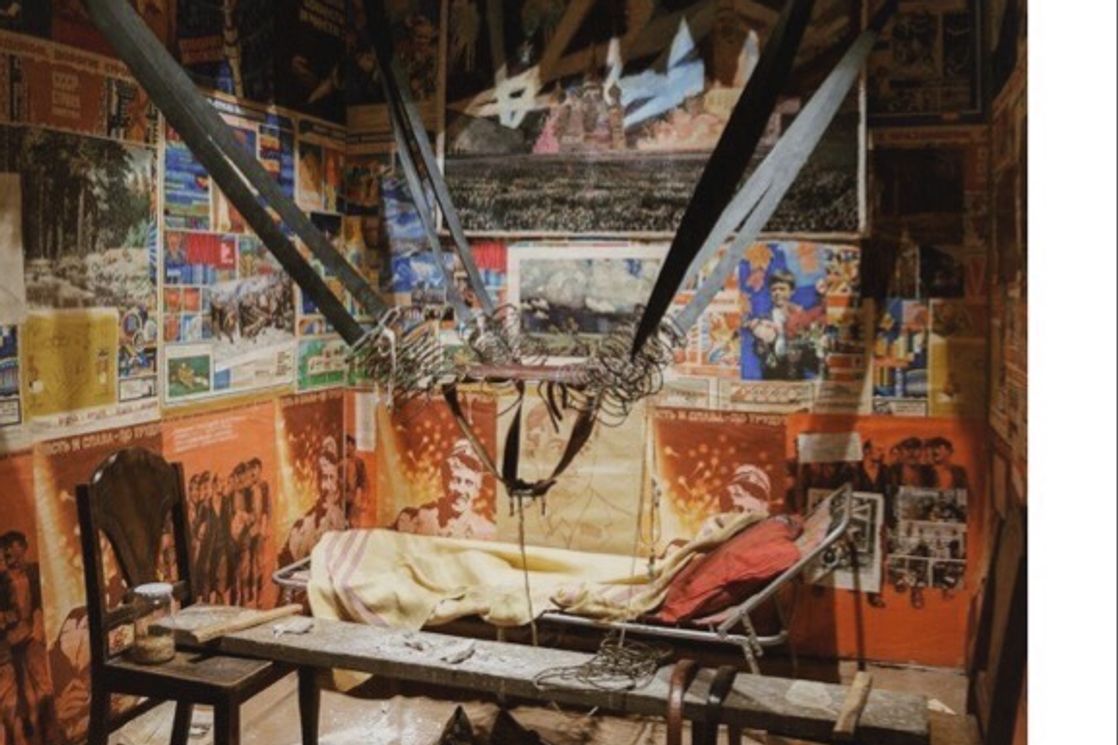