Places To Escape The University Routine

The most “secret” places to relax from the constant depressing deadlines, essays and course papers (or to “transfer” these to fresh air). In this collection of Moscow places, you will not find the usual Gorky Park or Chistiye Prudy - only unknown places.

The article works like list of prize positions - from the fifth to the best winner at number 1.

Why this place: The closest option for those who study in the building on Staraya Basmannaya. Since the 1920s, there has been a concert venue in the garden, so Soviet pop stars like Leonid Utesov performed here (don’t forget to listen to the song "At the Black Sea" and get the Sochi Seaside vibe at the entrance to the garden for a complete break from study!).

At the park you can still feel kind of Soviet atmosphere: grannies and grandfathers from Moscow social program for pensioners’ longevity are dancing or sport-walking, a lot of dogs are playing besides, and children are having fun at the playgrounds. The garden has a lot of trees and bushes; therefore, it is especially beautiful in winter. Since our goal is to take a break from study, you can just lie under a tree and eat something at a food court, in winter - go ice-skating to music (there is a very small and comfortable skating rink compared to the giant one in Gorky Park).

A must visit for students of Humanities at HSE in Moscowю. Especially during the breaks between your classes.

How to get there: 105064, Moscow, 15A Staraya Basmannaya Street, bldg. 4. You can get there through the beautiful cozy streets from Baumanskaya, Kurskaya or Krasniye Vorota. 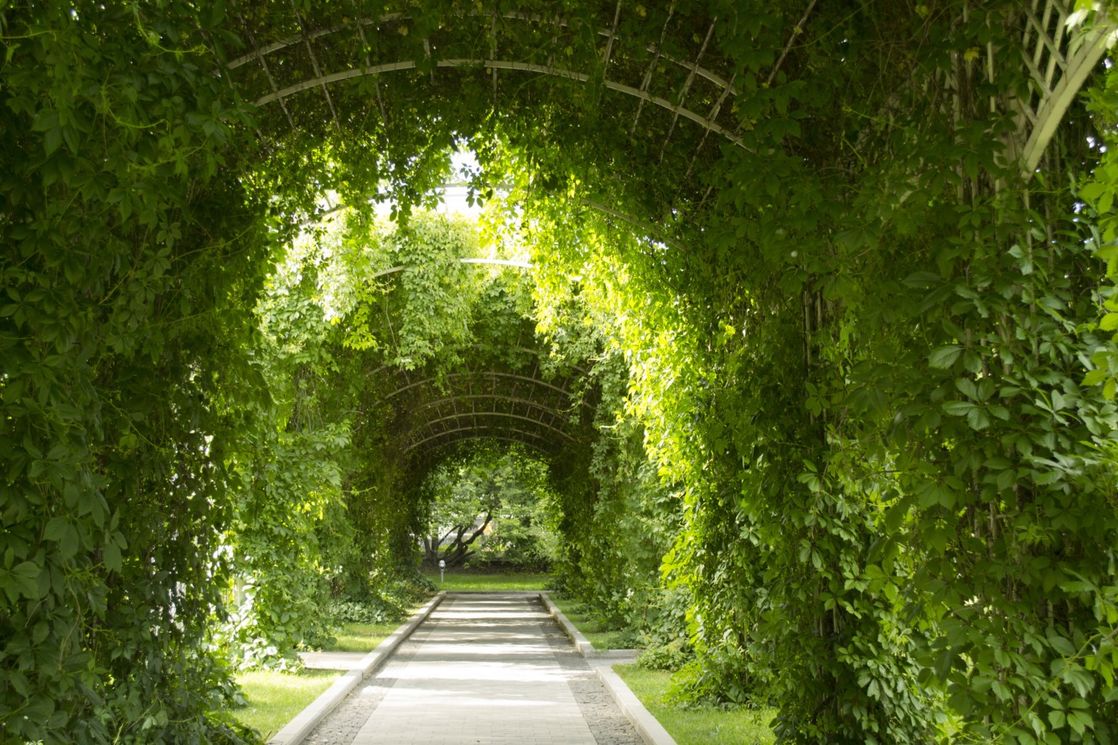 Why this place: A small and really secret place that almost no one knows about. In the church bakery you can buy delicious pirozhki, and in summer and autumn you can watch art school students painting the church.

The Small Assumption Cathedral, a 17th-century building with tiny black domes, looks gloomy, but soothing. Especially in the spring, when garden cherries bloom on the territory of Krutitskoye Podvor’e(that is how the place is pronounced in Russian in case you get lost).

The area near the temple is paved with ancient cobblestones, so the feeling of a walking-through Moscow of the 19th century is created. In general, this is almost a perfect place to get away from the university fuss for a bit - but be careful: the place, unfortunately, is very small, so the escape will not take more than an hour.

P.S. Don’t forget that you cannot smoke at the church territory.

How to get there:  Moscow, 4a Krutickaya Street. Krutitsy Metochion is located within walking distance (7 min) from Proletarskaya metro station. 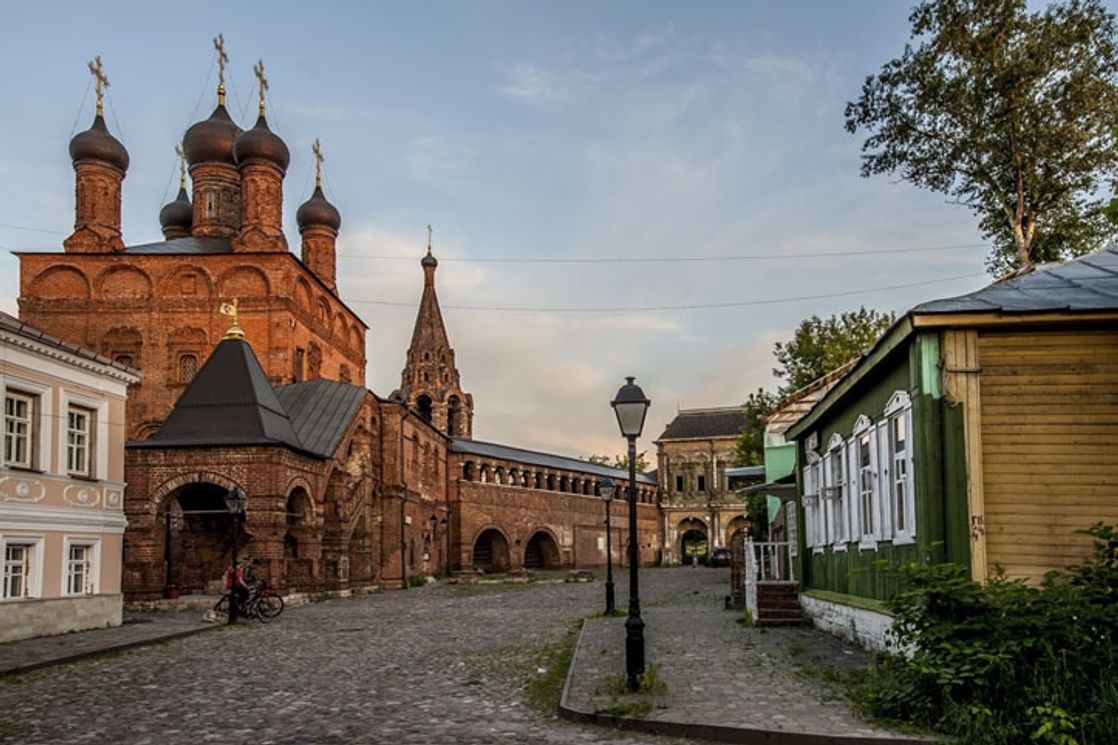 Why this place: Usually, people go to Izmaylovo to a part of the park, where there are old attractions of the 2000s and paths for bike rides. But everyone often forgets about the Petr the First Izmailovo - now this is the Izmailovo Museum-Estate - the former boyar and royal estate on the Robka River, is now part of the Moscow State United Artistic Historical-Architectural and Natural Landscape Museum-Reserve. The estate is located on the island of the same name in the center of the artificial Silver-Grape Pond. From the sixteenth century, the economy of the Izmaylovsk patrimony was the most advanced in Russia, but by the end of the eighteenth century it gradually fell into decay. In the XIX century, on the territory of the former royal estate, on the orders of Nicholas I, the Military Almshouse was opened for veterans of the Russian army. After the revolution of 1917, the institution was abandoned. Now the churches and buildings that had been places for war veterans and Emperor’s troops is opened and working again.

It is very important that in addition to the royal (amazingly beautiful!) Buildings, you can just wallow at the ponds. The most remarkable thing is that the recent renovation of Moscow parks did not seem to reach Izmaloylovo - it looks a little wild and half-abandoned, but at the same time it cannot be called groomed. You can feed the ducks or simply lie in the grass by the ponds. On the territory of the artificial island there are many abandoned deserted Soviet sports grounds where you can safely walk. Also, if it is a weekend, do not forget to pop into the flea market at the Patrizanskaya metro station - a 10-minute walk from the island. There you can find Soviet posters, a cool military jacket or some other oddities.

How to get here: Moscow, Gorodok named after Bauman, 1. 10 min walking from Partizanskaya. 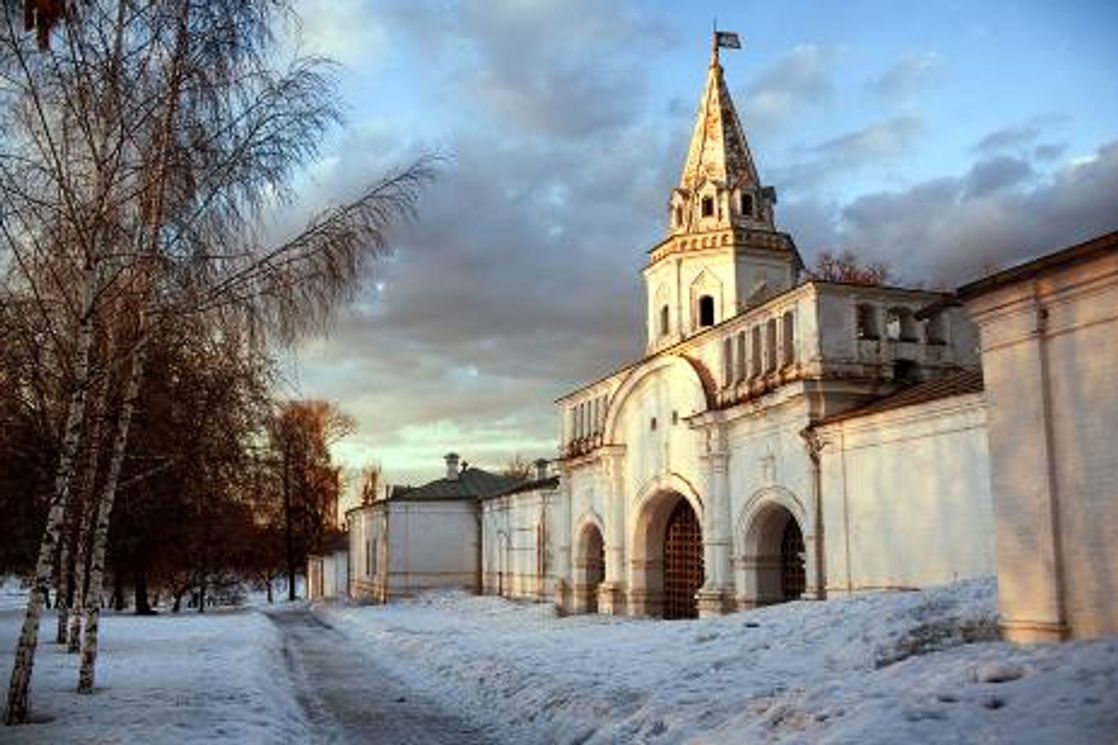 Why this place: One of the most beautiful places in Moscow where you can relax from the bustle of the university. There you will find sandy beach and clear water where you can swim. In the spring (definitely in May) - in the evenings you can see beautiful fogs over the river, which seems to be very close image to the Russian village scenery. Near the beaches you can always take a walk in the forest, where huge pine trees grow. Even if suddenly you do not want to relax from university studies, you can take a book to Serebryany Bor to prepare for the seminar! I have never been there in the winter, but it seems to me that it is also beautiful there. A huge plus of the place is that after walking about 10 minutes from the first beach (although it’s number 3) towards the beach number 1 on the back of the river, the urban landscape will disappear, and within the boundaries of Moscow space you can feel that you have traveled somewhere far into nature. 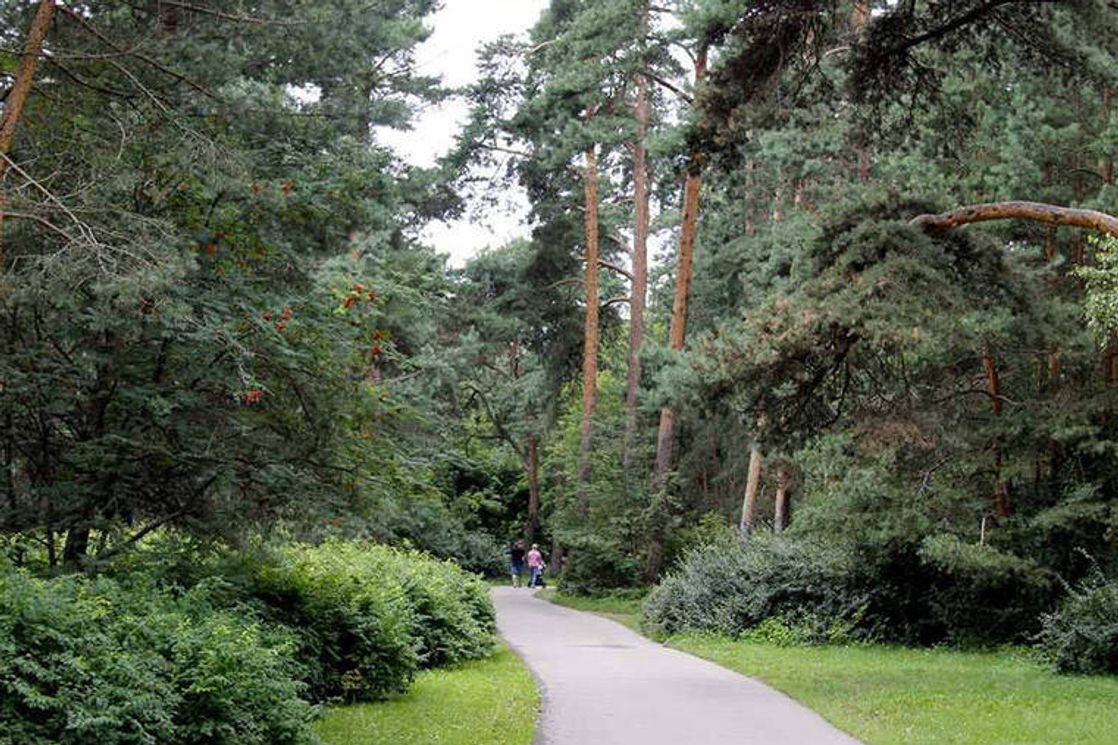 Why this place: At first it may seem that the path to this place is extreme and difficult. However, this is precisely why the quarry gets first place - because of the huge adventure in which the trip there develops. Your escape from the hustle and bustle of the city will begin at the Volkush stop just 20 minutes from the station. m. "Kotelniki" - there is nothing at all on it, except for the entrance to the forest. You will take a walk through a very fresh and beautiful clean forest with tall trees, then you will pass a non-working (or rarely working?) Railway in the forest. After it there are a lot of glades, woodpeckers, squirrels and the path to THE Moscow Beach - to the purest white sand and bathing water - a huge quarry is surrounded by a forest, there are no buildings in it - only a cafe. The development of this sand pit began in 1939 - sand was extracted from it for the local optical plant. That is why the sand in the quarry is very light. In 1974, sand reserves in the quarry ran out, so it was no longer used as a source of sand. Interestingly, no one purposely flooded it with water, as was done with some other quarries. Groundwater itself filled the quarry with water and formed this great place to relax.