Open opportunities for every student 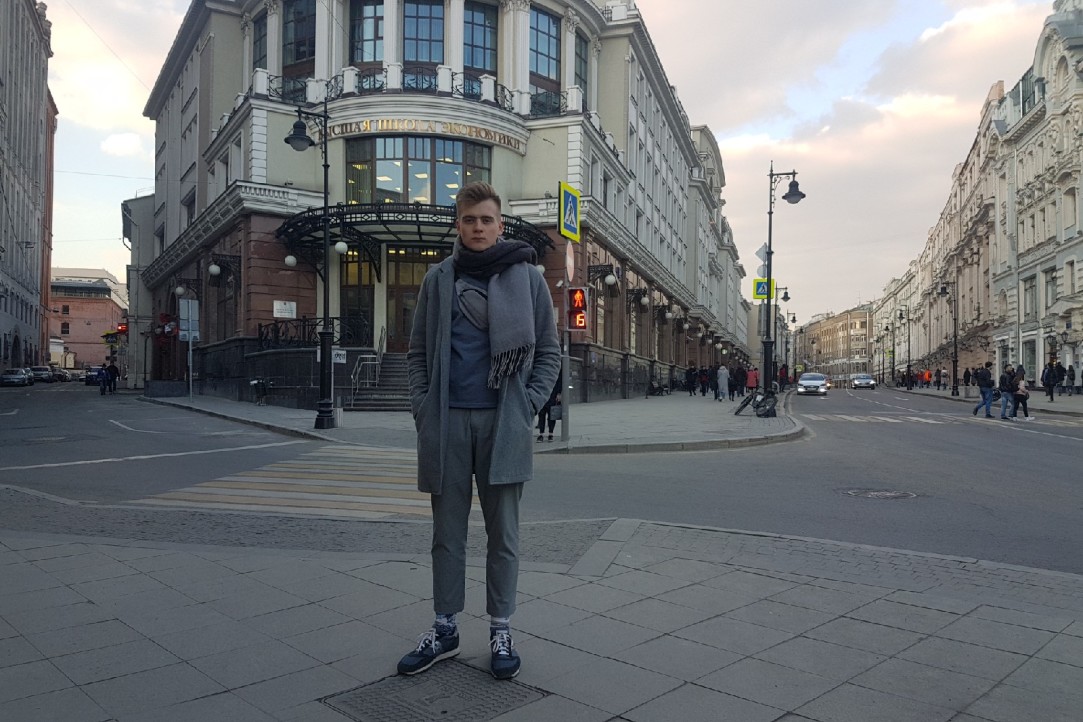 Nikita is a twenty-years-old third year student of HSE SPb who is doing the “Political science and world politics” (PSWP) Programme. In December he decided to use the study mobility, which provides an opportunity to each student to study half a year in a HSE campus in a different city upon condition that there is no difference in the study Programme.

Nikita stays in Moscow for 3rd and 4th module.

HI: What can you say about having been on the   PSWP Programme in SPb for two years and a half? Which + and - have you come across so far?

One of the benefits is the teaching staff. I can highlight Mikhail Sergeevich Turchenko, Yuriy Kabanov, Anna Dekalchuk and other young scientists. There are quite a few of them, they like the job and it is very cool.

One more plus is that the Programme is in English. It helps significantly improve one’s writing and speaking skills. A constant practice of the language is a great advantage

In my opinion, the second year of studying was extremely interesting, while the third one, unfortunately, seems less fascinating. Actually, the St. Petersburg Programme doesn´t really correspond with its name. The phrase “and world politics” is not very germane. Generally speaking, there is too little world politics in the Programme. For me it doesn't really matter but for some people this could be a noticeable issue.

Moreover, the study of the languages is not on the appropriate level. I couldn’t possibly judge Chinese though, since I haven´t studied it, but German is on quite a poor level.

One more minus is that the Programme is purely academic. It is considered that the bachelors will go to the scientific area after graduation, which is quite restraining. However, even for academic political science it is quite specific. There is a lack of quantitative methods which are very indispensable for this sphere. The quantitative approach course is well structured and is conducted by a very good professor, however it is not enough substantial. It would be a good idea to include more quantitative methods studies in the PSWP Programme.

HI: Have you been to Moscow before?

I used to live there for several years, from the fifth to the seventh school grade.

HI: Why did you decide to use the opportunity to study in Moscow?

First of all, for the personal reasons. Secondly, I decided to compare two campuses, make some new friends and maybe find some professional contacts.

HI: What can you say about Moscow campuses, comparing them to the SPb ones?

Well, in my case, I can compare only the campuses of the political scientists. The building in Myasnitskaya, Moscow, looks really magnificent from the outside with its inside being quite plain though.  As for me, I would prefer the building on the Griboedov Canal in St. Petersburg which I find more cozy and comfortable.

HI: Compare the study process in the two capital cities.

It's very hard to compare the Programmes because they are structured very differently. Some of the subjects studied on the third year in Moscow were completed by us as early as on our second one in SPb: for example, the world politics and quantitative methods. I believe these two subjects to be among the most important ones in political science, but, unfortunately, I can't compare them because I have missed the first semester, when they were studied.

As for the teaching staff, I would say that in St. Petersburg most of the instructors are academic scientists. So the students have to experience their challenging field of endeavor. Meanwhile in Moscow there are two general options: political analytics and political management. Both of them are applicative, focusing on the future career.

HI: Did you face any problems during your relocation to the Moscow campus? Was it hard to bring into correlation the subjects of the two campuses for you individualized education program?

I didn't face any problems in relation to the subjects because the system was pretty flexible, letting me choose additional ones. My friends, who also went to Moscow with me, chose subjects from the department of management, journalism and others. There is absolutely no problem making an individual study plan, so I want to say “thank you” to the study office of St. Petersburg and Moscow.

HI: Can you say something about the hall of residence?

I can't really, because I don't live there. I live in the house of my father who works in Moscow.

HI: Which convenient features of studying in Moscow can you list?

What can I say about the convenience of Moscow? I like the local infrastructure inside campuses. Also I really like libraries. Since there are a lot of departments in HSE Moscow, there is a big choice of study materials.

Also there is a variety of different minors. If we compare the minors of St. Petersburg and Moscow, the choice of the former is small, while Moscow can offer a really wide range.

HI: What about minuses?

Concerning this, I hear that it is a burning problem to get from the hall of residence to the university. My friends are “chained” to the timetable of trains and buses.

It seems to me, that the faculty in St. Petersburg is mostly academic, whereas in Moscow the professors are more application-oriented. So for me it's a very important to study with instructors experienced in the sphere I am planning to work in.

HI: Make a general conclusion. Are you satisfied so far?

As the general conclusion, I can say that I'm completely satisfied. Moscow gives you a clear understanding of what you want to do and in what direction you want to develop. There is a huge variety of opportunities and different events inside HSE and in other universities. Since Russia is a very centralized state, the most interesting opportunities are in Moscow, so it's really worth going for it.