Our project selected by the Russian Science Foundationd for funding 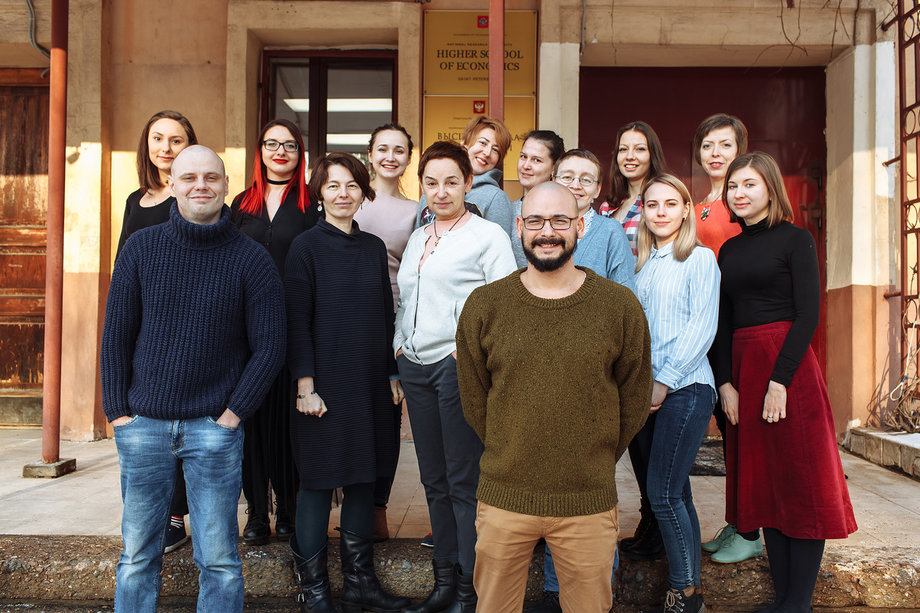 This interdisciplinary project aims to develop new theoretical and methodological approaches to the conceptualization of the creative (positive) experience of interethnic cooperation in the youth cultural scenes.

The tasks that are planned to be solved in the frames of the current project are as follows - The study of the role of confessional identity and religiosity in creating of space for creative interethnic interactions among young people; The development of the theoretical and methodological approach to the analysis of the processes of the social positive practices and spaces on youth cultural scenes. It is planned to pay a special attention to the analysis of inter-confessional contact, to the confrontation or coexistence of different young people views on the role of religion in society and human life. The geography of the project will include four cities that were included in 2015 project, namely, St. Petersburg, Ulyanovsk, Makhachkala, Kazan, we also plan to include two new cities. Ulan-Ude and Elista. Thus, the project will cover regions with different ethno-religious composition. Inclusion of new cities representing Buddhist regions will widen the project outreach for one more confession for comparison. The proposed project involves a large-scale theoretical, empirical and analytical work. It is intended to make an additional analysis of the international and domestic academic literature on the religious practices and youth identities studies in youth cultural spaces. Empirical part includes the collection of new data in Ulan-Ude and Elista (in each city: questionnaire survey of 800 students, 25 interviews, 3 focus groups, 2 case studies). Also the collection of additional data in the cities of the 2015 Project (3 focus groups and 5 -10 interviews), continuation of data analysis, obtained in frames of 2015 Project.

The overall expected results of the project:
- A full set of empirical data on research in Kazan, Makhachkala, Ulyanovsk, St. Petersburg, Elista and Ulan-Ude: 1600 questionnaires, 70 interviews, 18 focus groups, 4 case studies.
- 4 scientific articles submitted to the peer-reviewed journals Scopus and Web of Science,
- 15-20 presentations at international conferences (within the framework of organized thematic panels),
- A published collective monograph in Russian language,
- Manuscript of the collective monograph in English language,
- Documentary film. The development of a methodology for studying the religious dimension of interethnic interaction at youth cultural scenes will be the theoretical and methodological result of the project.

The project novelty is that the study of the role of religiosity, attitude to religions or confessions, interconfessional contacts in "non-conflict" ethnic interaction in specific contexts of youth cultures is a brand new challenge for the Russian academic debate in general. When it comes to religious images among young people a higher emphasis is placed on phobias, prejudices and conflicts. The study of socially productive, positive, creative everyday social relations in the sphere of ethno-religious interaction is an actively developing direction in the world science. Inclusion of religious and confessional layer in the methodology of ethnic interaction study, on the one hand, will allow for an even deeper comprehensive analysis, and on the other to approach the understanding of the everyday mechanisms of youth reaction to the discourses spread today around religion in general and particular religions per se. Intersectional analysis of religious and ethnic interrelations in the context of youth cultural practices is a complex but innovative task. It will make possible to obtain a unique material about the most diverse compositions of ethnic and religious presence on youth cultural scenes, significant not only for Russian science, but for International as well. The results of the study will be published in English-language journals, and a digest in English will be prepared for publication. All this will allow us to join the world academic debate on this topic. The results of this study can be useful in the following areas of public and youth policy: creating conditions for harmonious interethnic and interreligious relations among young people; support of youth leisure and cultural initiatives; policy development in relation to youth subcultural communities.
Date
16 April  2018
About
Centre for Youth Studies