Children and adolescents in the ethnosphere of a large Russian city 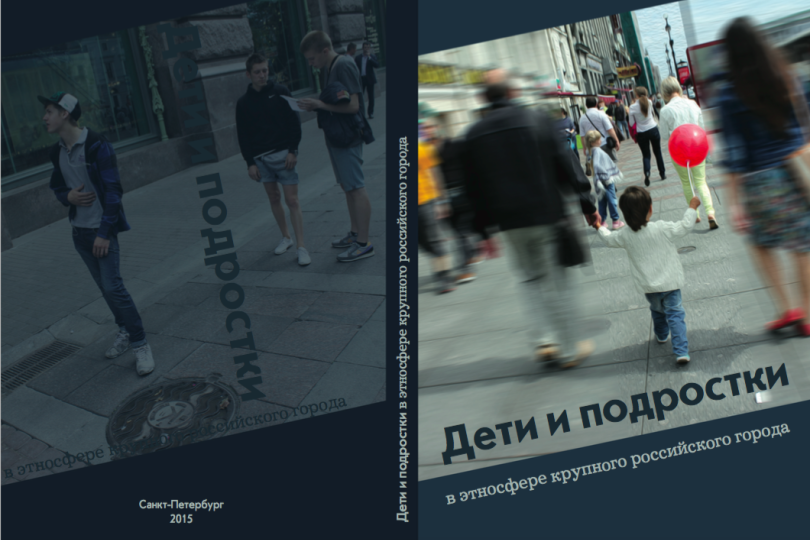 A collection of articles is based on the results of the "Children and adolescents in the ethnosphere of a large Russian city" project, provided in 2014.
The study took place in the framework of the RHSF grant  No13-03-00597 (2013-2015).
Language: Russian
The book "Children and adolescents in the ethnosphere of a large Russian city" was published under edition of Elena Omelchenko and Evgenia Lukyanova and has 200 pages.
The book presents the results of an empirical study on the characteristics of the formation of ethno-religious identity of children and adolescents in a large Russian city. The authors have focused on different aspects of the production and reproduction of ethnic and religious images in everyday life of families with different migratory history. The detailed review has been provided to practices of ethno-religious education, its family and institutional forms, including schooling as a space of interaction between different ethnic discourses.  The current interpretation of the teenagersidentities is revealed through the analysis ofnational minority/majority status ascending strategies, the study of gender and age characteristics of ethno-images received and rejected by children and through understanding the specifics of ethnic representation in the urban environment.
The book is intended for teachers, students, scientists specializing in the social sciences, employees of regional, city and district administrations, as well as for a wide range of readers.
ISBN 978-5-4386-1002-1
For a closer information please contact our Library Coordinator Elena Onegina elena.onegina@gmail.com