On October 21st the series of research seminar ‘Boundaries of History’ is continuing with the presentation of the book "Conquering Peace: From the Enlightenment to the European Union" by Stella Ghervas, Professor of Russian History, Newcastle University (UK).

Political peace in Europe has historically been elusive and ephemeral. In her lecture, based on her new book "Conquering Peace: From the Enlightenment to the European Union" (Harvard University Press, 2021), Stella Ghervas will show how since the eighteenth century, European thinkers and leaders in pursuit of lasting peace fostered the idea of European unification. 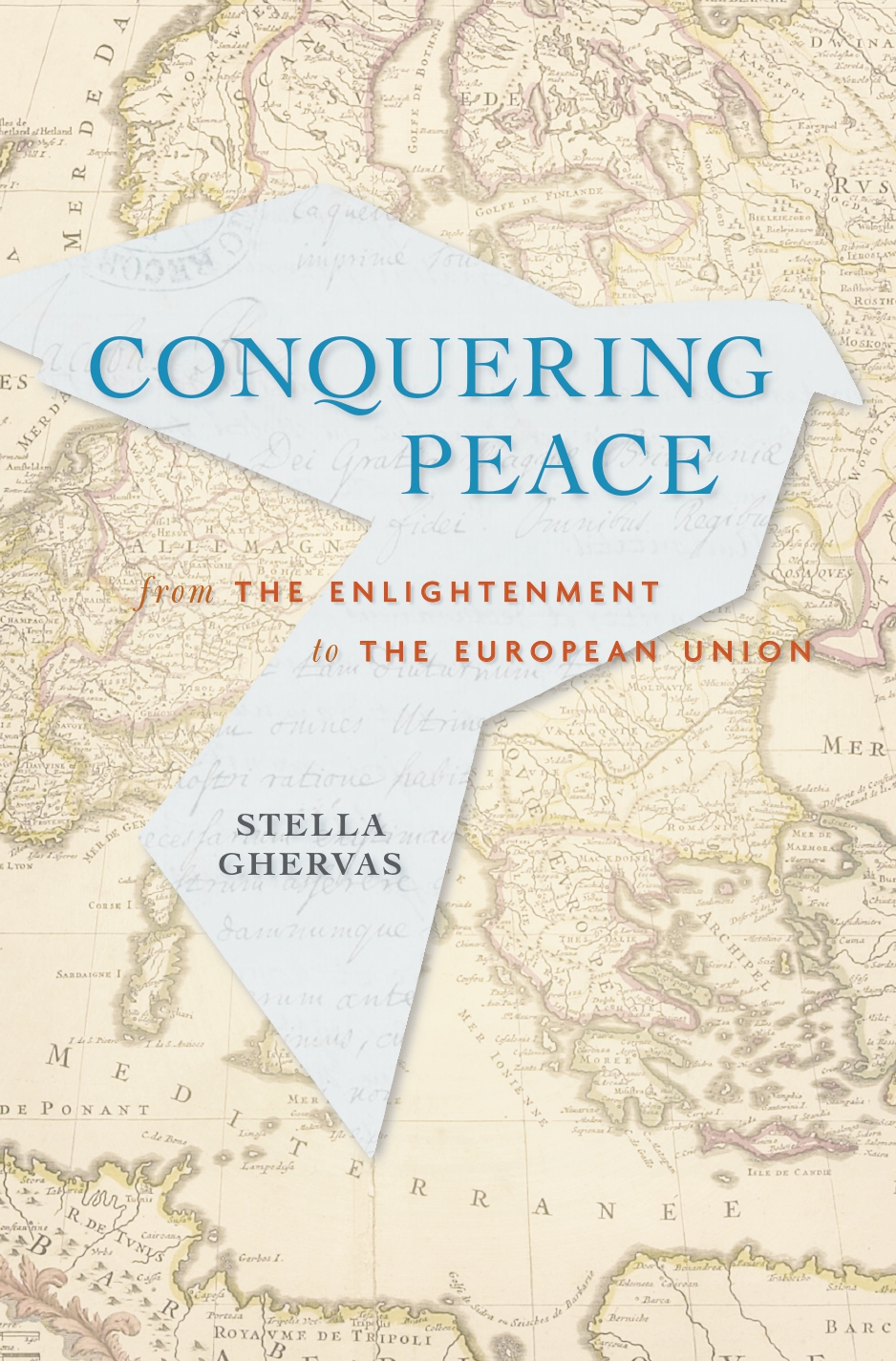 Bridging intellectual, political and legal history, this lecture will draw on the work of philosophers from Abbé de Saint-Pierre, who wrote an early eighteenth-century plan for perpetual peace, to Rousseau and Kant, as well as statesmen such as Tsar Alexander I, Woodrow Wilson, Winston Churchill, Robert Schuman, and Mikhail Gorbachev. It locates five major conflicts since 1700 that spurred such visionaries to promote systems of peace in Europe: the War of the Spanish Succession, the Napoleonic Wars, World War I, World War II, and the Cold War. Each moment generated a “spirit” of peace among monarchs, diplomats, democratic leaders, and ordinary citizens. The engineers of peace progressively constructed mechanisms and institutions designed to prevent future wars.

Arguing for continuities from the ideals of the Enlightenment, through the nineteenth-century Concert of Nations, to the institutions of the European Union and beyond, the lecture will illustrate how peace as a value shaped the idea of a unified Europe long before the EU came into being. Today the EU is widely criticized as an obstacle to sovereignty and for its democratic deficit. Seen in the long-range perspective of the history of peacemaking, however, this European society of states emerges as something else entirely: a step in the quest for a less violent world.

STELLA GHERVAS is Professor of Russian History at Newcastle University (UK) and a Fellow of the Royal Historical Society. She is also an Associate of the History Department at Harvard University and Visiting Professor at Harvard Sumer School since 2015. She is currently Visiting Professor at the Higher School of Economics University in Saint-Petersburg (Fall Semester 2021-2022). Her main interests are in intellectual and international history of modern Europe, with special reference to the history of peace and peace-making, and in Russia’s intellectual and maritime history.

She is the author of Alexandre Stourdza (1791-1854): Un intellectuel orthodoxe face à l’Occident (Genève, 1999); Réinventer la tradition: Alexandre Stourdza et l’Europe de la Sainte-Alliance (Paris, 2008; the book won several book prizes, including the Guizot Prize from the Académie française, 2009); and Conquering Peace: From the Enlightenment to the European Union (2021). She is also co-editor of Penser l’Europe: Quarante ans d’études européennes à Genève (2003); Lieux d’Europe: Mythes et limites (2008); and A Cultural History of Peace in the Age of Enlightenment (2020). She is currently completing a new book on the history of free ports of the Black Sea for Cambridge University Press, and an anthology of essential texts on peace from the Antiquity to the present day.