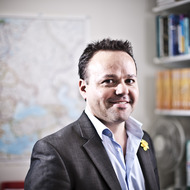 This paper provides evidence for the effects of health shocks measured by any negative change in self-assessed health (SAH) status on employment, personal income, and wages in the Russian population. We employ the average treatment effect on the treated (ATET) estimator combined with propensity score and nearest neighbour matching and data from Russian Longitudinal Monitoring Survey-HSE (RLMS-HSE) for 2000–2018. We find that adverse health shocks are associated with a reduction in the probability of remaining employed by 2%, and losses of income and wages of 17% and 11%, respectively. For men, the consequences of health shocks are more drastic. Severe health shocks that are measured as a drop in SAH by two or more levels are associated with greater losses: respondents aged 30–45 years old lose approximately 60% of their monthly income for severe shocks, and those aged 46–72 lose 35–45% of their wages and 9–10% in the probability of remaining employed.

Препринт # 3
Sheiman I., Gerry C.
The Health Workforce of the Russian Federation in the Context of the International Trends
Public and Social Policy/EC. WP BRP. Высшая школа экономики, 2016

Having one of the highest physician-population ratios in the world, Russia – paradoxically – also faces shortages of physicians. This paper explores the reasons for this paradox through examining the structural characteristics of the Russian health workforce and its development. In comparing Russia with mainstream European countries and in particular the ‘new” EU countries we argue that the shortage of physicians is determined mostly by the prevailing model of health workforce development with its enduring emphasis on quantitative rather than structural indicators. First, the traditional perception of physicians as inexpensive health resources determines the long-term growth of their jobs – irrespective of the new opportunities for substitution and other structural innovations. Second, there is a persistent distortion in the composition of physician supply, of which the most important is the very low share and narrow remit of primary health care providers in comparison to European standards. Third, the international trends in the division of labor between physicians, medical nurses and allied health personnel are not followed in Russia with the result of an inevitable overburden of physicians, the reproduction of a large supply of physicians, while also the paradoxical shortage. Fourth, the system of professional development of physicians does not match international standards. Although with a substantial delay, Russia has now started transition to a workforce model focused on structural characteristics of human resources and so, in the final part of the paper, these new initiatives of the Government are critically assessed.

Background: With the rapid growth of online social network sites (SNS), the issue of health-related online communities and its social and behavioral implications have become increasingly important for public health and healthcare. Unfortunately, online communities often become vehicles for promotion of pernicious misinformation, for example, alleged harm of vaccination or that HIV-virus is a myth (AIDS-denialism). This study seeks to explore the social structure and participants' behavior of the AIDS-denialists online community to identify and estimate the those who potentially are most susceptible to AIDS-denialists arguments  - “the risk group” in terms of becoming AIDS-denialists. Methods: Social network analysis was used for examining the most numerous AIDS-denialist community in the most popular Russian SNA “VKontakte”, which numbered 13000 – 15 000 members during the various stage of analysis. Qualitative content analysis was also used for collecting relevant for this study members’ attributes, such as HIV status and the extent of belief in AIDS-denialists arguments. Two datasets were collected to analyze friendship  relations between community members and their communication relations. Results: Using social network analysis combined with content-analysis we have identified the core of online community - cohesive and dedicated AIDS-denialists, and the risk group, which is not equal in composition to all peripheral members appeared in the online group. The risk group is the circle of users who engage with core members through online communication and may be more susceptible the AIDS-denialist propaganda. Analysis allowed to significantly reduce the target audience for possible intervention campaign and simultaneously increase the accuracy of user selection into the risk group (1369 users from the risk group is more than 10 times less than whole online group population counting over 15,000 users). Thus, online information interventions should be aimed at this risk group audience in the first place to prevent their adoption of AIDS-denialism beliefs, further spread of AIDS-denialism, and pernicious health consequences associated with being an HIV-positive AIDS-denialist. Conclusion: More research on influence of AIDS-denialism on HIV-positive online group members is needed. Of particular interest are longitudinal or case control studies that could detect the size of effect of AIDS-denialist propaganda that is communicated from hard-core denialists to the risk group, different factors associated with higher or lower susceptibility to AIDS-denialist views, and real health behavior change that occurs with becoming an AIDS-dentalist

This work is devoted to estimating the individual return to worker's professional training. This empirical research is based on unique monthly data, comprised of the personnel records of workers in a Russian metallurgical enterprise between 2006--2010. Using the original time distributed difference-in-differences technique we control for the effect of workers' mobility and the ``non-parallel'' dynamics of earnings in estimates. A qualitative comparison of mobility in trained and control groups is also made by Kaplan-Meier survival curves. The main factors that distinguish this paper from others are the following. (I) We focused on the internal labour market, concluding that it has common peculiarities of wage setting concerned with training as an open labour market. (II) We show that mobility-friendly training programs give high returns, and not only in transition economies. (III) We suggest controlling for mobility by choosing a corresponding control group. (IV) We use a robust new specification that is reactive to different dynamics of the dependent variable in treated and control groups in difference-in-differences estimates. (V) We compared three different kinds of training and our conclusions could have practical application (at least in Russian context). The best way to raise personal earnings is on-the-job training. The internal mobility caused by retraining courses was the same impact on workers as if they lacked retraining. The wages of workers trained in the same field grow randomly for a few months before and after training. Nevertheless it is difficult to prove the causal effect of this kind of training on wage growth.