The study 'Adjusting the Scope of Interaction Between State and Civil Society: HIV Prevention Among Drug Users.' had been conducted by a CHEMP Junior Research Fellow, Anastasia Meilakhs, and her foreign colleague, Aadne Aasland.
In this book chapter, the problem of the interaction in HIV prevention is addressed through case studies based in Samara and St. Petersburg, both of which have high percentages of HIV-infection and drug addiction. The authors have interviewed the experts to determine the main institutions, organisations, and stuctures functuining in these two regions.
The results show that much of the attention in Russia is given to the HIV diagnosis and treatment, whilst various forms of prevention and harm reduction programmes are still low priority. However, in 2016 there was a development of a national HIV/AIDS strategy aimed at increasing the HIV-testing coverage with a particular focus on high-risk groups and at drug addiction treatment.
Due to a large number of punitive measures imposed against the drug use, not many people from this group receive medical help from government facilities. The most effective ways of prevention and treatment for this population group are provided by non-state organisations.
To this day, HIV/AIDS in Russia is considered to be a medical issue, even though the preventive measures reguire cross-sectoral interaction and special committies where both state and non-state actors collaborate on policy-making and implementation. However, these structures are neither widely spread nor do they have a voice in the decision-making or a chance for any initiative.
The chapter concludes that the issue is largely left in a void outside the direct responsibility and attention of state agencies and governance networks, as it is approached mainly by actors within the non-governmental sector who, for their part, do not have the resources or necessary authority to make the required policy impact. 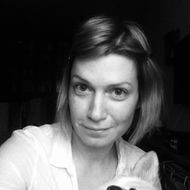