Thomas Frederick Remington, Goodrich C. White Professor (Emeritus) of Political Science, Emory University, Senior Research Associate at the Higher School of Economics and Visiting Professor of Government, Harvard University, will give a keynote presentation about the relationships between political and economic inequality at the ID Conference 2020. We have talked to Prof. Remington about his research and expectations for the conference.

– What is the topic of your presentation?

– The theme of the talk will be on the relationship between economic inequality and political inequality. It arises from the research that I have been doing for a number of years and me teaching this course in Harvard University. And I have written a great deal on this. The problem of economic inequality is the one that concerns many countries, certainly the United States and Russia. What I have been trying to do is to show comparisons across the US, Russia, China, and draw comparisons between countries that have very high income inequality and countries, including those in Europe, where the income inequality is less severe. I see income inequality as a great threat to the premise of political equality, which is fundamental to the idea of democracy. I want to show the relationship between economic and political inequality, and then to demonstrate how we need both economic and political explanations for the rise in economic inequality in the US, Russia, China, or anywhere we look, as markets cannot be detached from the political and social environment in which they operate.

I want to demonstrate the consequences of economic inequality. When inequality is very high, the consequences for society are very dire. They erode the cohesion of society, quality of governance, and possibility for equality for people as citizens. I will offer some explanation for why we see these trends towards inequality in almost all countries, but they are more severe in some of them. Also, I will try to relate that to the nature of the economic transition that Russia, China, and the US underwent, which contributed to a deepening of inequality in those countries over the past four decades. And I will compare them to the way in which Germany evolved, first, after the Second World War, when the new architects of the «German economic miracle» were able to bring prosperity that touched everyone without leading to high inequality. And likewise, the German reunification after 1990, answering the question, why there are no oligarchs in East Germany.

– What, in your opinion, are the major global trends of economic and social inequality nowadays?

– Are the patterns of inequality changing due to the current pandemic?

– Both globally and within countries we see a close interrelationship between the pandemic and inequality. Countries that have had deeper inequality have had a much worse experience with the pandemic, because it has affected those who are the least able to protect themselves and get medical help. Frequently these are the people in poorer communities, people who are living in very crowded households and neighborhoods. In countries such as the US and Brazil, the public health care system is very weak and unequally distributed. In these countries, and to some degree it applies to Russia and India as well, inequality has exacerbated the inequality of COVID.

At the same time, the pandemic has exacerbated inequality because it has affected most those who have the fewest advantages or privileges in the economic system. In the US, for example, people who are able to work have more or less gotten back to normal levels of employment. But people who cannot work from home – workers in hospitals, bus drivers, workers in construction services – are more subject to infection.

– What are your expectations from the Conference, and what is your opinion on the online conference format?

– In my experience, the fact that all our meetings have moved online has had both positive and negative consequences. There are certainly some aspects of a live in-person event which are very precious and valuable, which we cherish, including the ability to establish some social connection to other people. And we miss that and lose a great deal of that communication. The positive side is that these meetings that are held remotely are allowing much wider participation. The conference will be able to include some people who may not be able to attend in person. In some ways, participation will be wider and richer as a result of that. 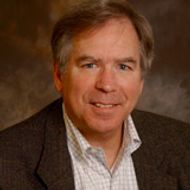