A regular seminar of Laboratory for Environmental and Technological History of the Center for Historical Research was held on 13 of March, 5 pm, at the address Griboyedov Canal 123, room 213. 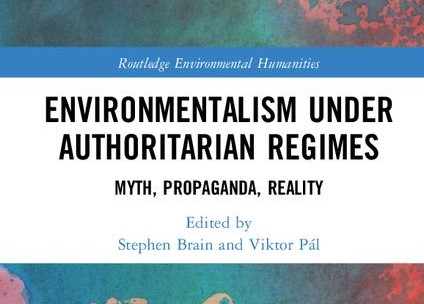 A presentation of the new volume book entitled “Environmental Policy and the Authority Regimes: Myth and Reality” (co-edited by Stephen Brain and Viktor Pál, New York: Routledge, 2018) was presented by the researcher - International Postdoc of the Laboratory Victor Pal.

Place; Building of the Higher School of Economics at 123 Griboyedov Canal, room 213