St. Petersburg is the administrative center of the North-West Federal District, which has significant natural resource potential, highly developed industry and dense transportation network, providing links of the Russian Federation with the outside world through sea ports in the Baltic and the Arctic Ocean.

The city was founded by Tsar Peter the Great on May 27, 1703. Between 1713–1728 and 1732–1918, Saint Petersburg was the imperial capital of Russia. In 1918, the central government bodies moved to Moscow. St. Petersburg is inscribed on the UNESCO World Heritage list as an area with 36 historical architectural complexes and around 4000 outstanding individual monuments of architecture, history and culture. It is home to the Hermitage, one of the largest art museums in the world, and the world-famous Mariinsky Theatre.

A period from mid-May to mid-July when twilight may last all night has become a common symbol of St Petersburg. White nights are celebrated with cultural events known as the White Nights Festival. 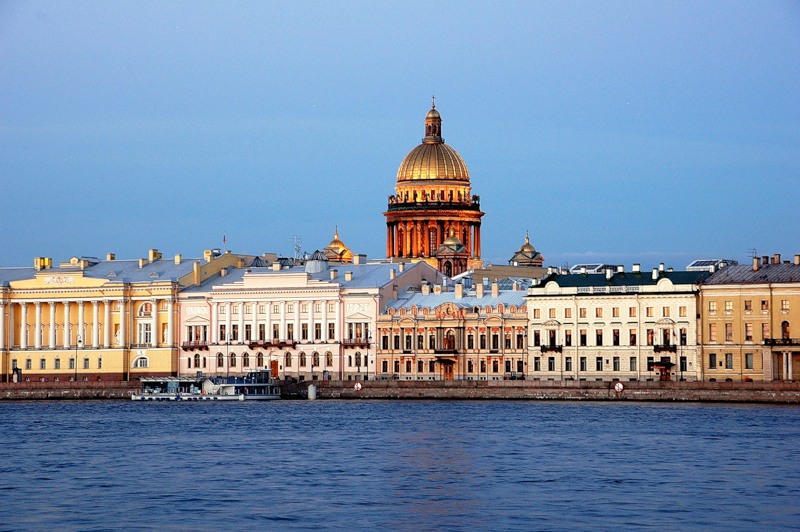 Getting to St. Petersburg

Pulkovo airport is situated on the south border of St. Petersburg.

City buses number 39, 39Ex and Minivan Taxi number K39 run between the airport and the nearest Moskovskaya metro station. All bus stops are in front of the Arrivals Hall exit.

Getting a taxi from the airport is easy and safe and relatively cheap. Please be careful to avoid illegal taxis. You will clearly identify them as they are offering their service in the arrivals hall. It is recommended to take an official airport taxi, which you have the chance to order before passing into the arrivals hall, immediately after exiting customs. You can also use Gett or Uber in St. Petersburg, but we recommend the official airport taxis if it is your first time.

St. Petersburg is a city with developed infrastructure. There is a public transport network and a wide range of commercial transport and taxis in the city.

The high speed underground transport system consists of 5 lines and 67 stations. Ticket price is 45 rubles and it doesn't depend on the amount of line changing or length of trip. You insert your token or swipe your travel card as you enter (there is no swipe necessary on exit). Working time: from around 5:30 a.m. till approx. 0:30 a.m.

There are commercial and municipal routes in the city. Ticket price in municipal transport is 40 rubles and it doesn't depend on length of trip. You may purchase your ticket right from the driver or ticket collector.

Buses and particularly minibuses (marshrutki) are a very handy way to get around the city and they tend to cover routes that the metro doesn’t, making them essential for certain parts of town. Minibusescosts vary: some charge flat fares, while others will charge you according to how far you want to go on their route. You always pay the driver directly.

The trolleybus network of St. Petersburg is extensive and consists of 45 routes. Ticket price is 40 rubles and it doesn't depend on length of trip. You may purchase your ticket right from the ticket collector.

Total length of street railway in Saint-Petersburg is 500 km, there are 43 routes. Ticket price is 40 rubles and it doesn't depend on length of trip. You may purchase your ticket right from the ticket collector.

We arranged a 10% discount from June 14 till June 18. Please use the word “Congress” when ordering.

From mid-April until late November all bridges across the Neva rise at the following times nightly to allow ships to pass through the city, meaning you cannot cross the river during these times. Therefore, if you’re staying on Vasilyevsky Island, the Petrograd Side or the Vyborg Side and go out late in the city centre, you’ll need to time your trip home well, or wait until dawn. All times are am. Note that the Grenadersky, Kantemirovsky and Sampsonievsky Bridges over the Bolshaya Nevka River (connecting the Vyborg and Petrograd Sides) only go up rarely, and two days' notice is given beforehand. You can check the full, up-to-date timetable at https://en.mostotrest-spb.ru/ . Note also that that the M5 metro line shuttles back and forth between Admiralteyskaya and Sportivnaya stations between 1am and 3am, creating an easy way to get between the islands and the city centre.

ATMs are everywhere in St Petersburg, and generally accept all major credit and debit cards. You may save on fees by bringing cash in US dollars or euro with you and changing them at any bank or exchange office (обмен валют), where you'll often get a better rate than that offered by credit cards.

You can pay by debit and credit cards in most restaurants and shops, but it's never a good idea to rely on being able to do so: always carry some cash. Visa and MasterCard are most widely accepted, and AmEx and Diner's Club are not as useful.

Generally, St. Petersburg is a safe city. However, just like everywhere else, you should take care when you are out and about. Avoid secluded areas at night, such as back streets and parks. Be careful of pickpockets in public transport. It is always advisable to keep an eye on your belongings and do not carry too much money with you. Please be sure to have your ID or its copy with you whenever you are out in the city. You may want to find our your St. Petersburg consulate’s phone number in case you have to contact them.

You can call 112 from fixed and mobile phones to contact any emergency service: an ambulance, the fire brigade or the police.