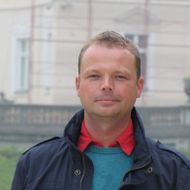 The article examines the issue of the place of smart contracts in the legal systematization. The main difference between a smart contract and traditional civil law contracts is seen in the fact that its conclusion occurs in electronic form within information system, while its essential terms determine the automatic transfer of property rights. Despite the fact that the terms of the smart contract must include commands and data necessary for its automatic execution, the language of the applicable law should be the primary language of the smart contract. The contract cannot be self-executing, it’s an illusion. For the conclusion and execution of smart contracts it is necessary not only to express the mutual will of its parties, but also the participation of the operator of the information system, as well as the existence of the rules of the information system. In a decentralized system the operator's functions are performed by the users of the system, united in the civil law community. As a general rule, software manufacturers should bear property liability for poor-quality work of software products used in the conclusion and execution of automatically executed contracts.

The second part of the article is devoted to the analysis of two epistemological problems that are directly related to the balancing of values in judicial practice – the nature of human rights and the relationship between law and non-legal normativity. According to the authors, the dispute between Habermas and Alexy over what is the authority of law in the area of human rights illustrates the conflict between Kantian legal philosophy and jurisprudence of interests, between the absolutism of deontological ethics and consequentialism. Balancing legal values, using, among other things, the economic analysis of law, is one of the ways of the conscious evolution of law, its synchronization with the flow of life of society. Another problem is related to the conflict between the natural boundaries of law as a scientific and practical field of knowledge, and the regulatory function of law, which presupposes a timely and adequate response of the law to external events and challenges. The authors turn to Luhmann’s distinction between the normative closeness of law and its cognitive openness and come to the conclusion that there is both direct and indirect communication between law and other normative systems (such as ethics and economics). Law assimilates and transforms ideas and values of other areas of knowledge, but it shares with them the same context, which allows us to speak of the common cognitive structures.

The article discusses the specific mode of existence of values – balancing or optimization when it comes to deontological values. The authors using examples of values such as the principles of law and human rights, the rules of balancing are analyzed, which, according to G. Hart's classification, are secondary norms. The critical issue for the legal balancing procedure is the relationship between legal reality and values as such. Are the constitutional and legal values set by the Basic Law (Constitution), or do they objectively exist in society as a general (pre-constitutional) order of values? Should the Basic Law be confined to its own text and remain value-neutral in this sense? Are legal values purely deontological, or can they be related to utilitarian goals and interests? The second part of the article explores the value of balancing as one of the methods for resolving the most complex legal conflicts. The well-known dispute between J. Habermas and R. Alexy about the admissibility of balancing of human rights demonstrates how complex and philosophically rich the legal balancing procedure is. Based on Luhmann’s concept of the cognitive openness of law, at the end of the article, the authors substantiate their own position on the role of values in modern justice.

The purpose of this article is to inform the Russian reader about the Italian consumer protection against unfair contract terms established by both national autonomous regulation and the implemented EEC Directive No. 93/13/EEC. It focuses on the Directive itself, the Italian Civil and Consumer Codes (which are translated by the authors), as well as on the most important positions of Italian civil doctrine, Italian Court of Cassation and the European Court of Justice in order to understand the provisions of these regulatory acts. The work does not purport to be exhaustive or in-depth analysis, providing only a general overview of the Italian law on the relevant relations in comparison with Russian law. It may be useful for further comparative study of consumer law, a deeper understanding of the problem of protection against unfair contract terms in domestic law and respective improvement of jurisprudence and legislation.

At the articke authors are analyzing  contractual constructions that are not directly provided for by the Part IY of the Civil Code of the Russian Federation, but follow from the meaning of its norms.