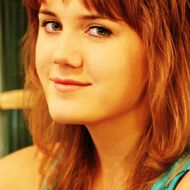 scenes. This project will contribute to the development of a new conceptual apparatus (opposite to

dominated for the last decade approaches of multiculturalism and tolerance), required to describe the

In our project, we would like to make a special emphasis on the importance of studying youth cultural

scenes are a space for social innovation or conservation, for the formation of the tradition and creation of

the slogans of the revolution; here we can observe the harping, the binding, the overthrow of the different

markers. Scientific problem to be solved by the proposed project formulates as follows. What are the

reproduction of the creative fields of interethnic interaction?

The problem chosen to be the focus of the project has a special relevance and scientific importance,

since it was located at the intersection of two major thematic fields. Modern societies are characterized

by the accelerating pace of the conflict differentiation and production of new boundaries, including

ethnically and religiously determined. Pinned by neoliberalization of economy,

changes became a challenge for the social sciences, formulating a new agenda were the key question is

a new language and technologies of social policy for society harmonization, also to search for

innovation. Similar objectives are also concern the research of ethnic and religious attitudes among

young people. The spread of all sorts of xenophobia and chauvinism, as well as an increase in the

extremism research. While there is a whole diversity of cultural forms of youth, from very specific to

mainstream (popular among a large number of young people), the justification of certain patterns of

perception of ethnic and religious topics occur, including the way being not problematized or having a

positive connotation. In our study, we plan to outline the entire spectrum of youth scenes and cultural

forms, and pay special attention to those where ethnicity plays a constructive role.

project to analyze the interethnic cooperation. This fact, as well as geographical diversity, will allow us to

compare different concepts of ethnicity and religiosity among the different categories of youth culture.

cities. Young people of 18-22 years of age (college students, special schools, universities) will be an

object for our research. Research will be provided in Kazan, Makhachkala, Saint-Petersburg and

Ulyanovsk. Such cities composition will allow us to describe and typologize the diversity of interethnic

cooperation in the youth cultural scenes, as well as describe the positive examples of their location

research: a questionnaire in colleges and universities (3200 respondents); Focus-groups (16 in total);

years of experience in large-scale sociological researches, and also active in the development of theory

and methodology in youth, ethnic and religious studies. Innovative element of the project is the

preparation of a sociological film based on the project. The film can be used for educational purposes as

well as for the promotion of ideas of positive interethnic interaction. In frames of the project 4 articles in

seminars will be held, the project web page will be developed and the results of the study will be

presented at international and national conferences. All this will help to disseminate the results of the

relations among the young people