On September 16-17, 2021, the international conference "Languages of Describing the Social in the Middle Ages and Early Modern Times" was held on the basis of the History Department of the NRU HSE of St. Petersburg and with the assistance of the Research and Training Group "Languages of Describing the Other in Early Modern Europe: Social Contexts and Interpretation Repertoires". The conference was attended by scientists from around the world and students of Russian universities during 5 sections held in full-time, online and hybrid formats, 29 reports were made, where the speakers raised the topics of describing various social phenomena in different countries in the Early Modern period.

On September 16, the conference participants raised the topics of the image of power, strategies for distinguishing between the Other and their own, management practices and clerical languages.

At the online and in-person sections, the speakers presented many topics related to the description of social phenomena. The problem of natural disasters in the middle of the 16th century and their descriptions, made under the influence of modern intellectual trends. The image of the royal power in the Kingdom of Kent, presented in legal sources, was considered. The topic of relations between Christians and pagans and changes in social norms in the 14th century was also touched upon in the"Strands of Velsi".

The section "Languages of describing the Other: strategies of distinguishing" presented reports on the description of the Rus in the texts of Ibn Fadlan and the image of the Muskovites in the French texts of the 17th century.

The speakers paid special attention to the use of several synonyms: "Tatars" in the correspondence and normative documents of the Astrakhan voivodes in the 16-17th centuries; "Chukhna-i-Latvians" in relation to the population of Ingermanladia and Estonia during the Northern War.

In the online section, the speakers focused on the image of the Other and considered the role of church parishes in the formation of local identities in the North-West of Russia; addressed the problem of the boundaries of the language (self-) description; told about the perception of the borders of Byzantium and Asia Minor in modern historiography.

The face-to-face panels at the section "Management Practices and clerical languages" continued with reports on the taxation system of the Holy See of the Catholic countries and the rhetoric of their explanation; on the role of the annexation of Veliky Novgorod in the formation of the Moscow business language; on the problem of defining the knightly Order of Prussia as an association/ union/ confederation.

The second day of the conference was devoted to political culture, corporations, images of power and management practices in the early Modern era.

At the section "Political Culture in Early Modern Times: concerts and practices", reports were presented on the legitimation of Florentine expansion in the work of Leonardo Bruni, on the representation of power in the book of emblems by Andrea Alciato, on the problem of applying different concepts to people close to the Moscow Tsar, on the socio-political discourse around the concept of commonwealth in early Stuart Ireland.

Addressing the topic of corporations at the online section, the speakers told about topical issues of studying the Hansa, in particular, about the problem of "Novgorod guests" of Lubeck and the clashes between the legal Novgorod-Hanseatic "antiquity" and the legal tradition of the 16th century. There were also reports on the formation of corporations of boyar children in Western Siberia, the role of horizontal ties of the Lithuanian gentry during the Russian-Polish war of 1654- 1667, the topic of the image of Ireland and Scotland as composites within Britain in the text of William Camden.

The panels of the section" Images of Power "continued with discussions of issues about the visual representation of the royal genealogy, about the terminology of the "social" in Stoglav, about the iconographic features of the ceremonial portraits of Elizabeth Petrovna, about connotations in the descriptions of the victories of Jan Sobieski.

At the last section "Management practices and clerical languages", participants listened to reports on religious dissidents in the Russian Empire, on the terms applied to migrants from the Ottoman Empire, on the use of the term "Polish-Lithuanian Commonwealth" by the gentry. The topic of the impact of Peter's reforms on the language of communication between the state and society was also touched upon.

In the near future, the conference participants will be invited to write articles for a collective monograph that will summarize the discussion.

The Department of "History" and the scientific and educational group "Languages of describing the Other" express their gratitude to all participants of the conference, speakers and organizers. We hope for further cooperation and many interesting joint projects. 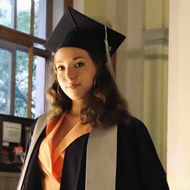