On February 12, 2020, Oleg Rusakovskiy, the research associate of National Research University Higher School of Economics, Moscow, presented a paper about the main sources related to the activities of foreign formation regiments in Muscovy in 1630-1634.

Oleg Rusakovskiy demonstrated the first findings of his study into Russian, German and English sources concerning some aspects of functioning of foreign formation regiments in Russian military service in 1630-34. On the eve of the Smolensk war and during its course military troops came to Russia hired by Tzar’s agents and representatives in Northern Germany, Netherlands, England and Scotland. Russian and foreign scholars have examined diplomatic vicissitudes associated with hire of these troops and the influence of these regiments on the development of military affairs in Russia. Furthermore, the history of these troops have usually been studied from the perspective of Muscovy or in some cases from the perspective of the commanders of these regiments, primarily from the perspective of Scottish commander Alexander Leslie who had close relationships to Muscovite court and to Swedish king.

Yet it is clear that foreign formation regiments since the first year of their functioning and during their service enjoyed considerable legal and real autonomy with respect to the Tzar and voevody, and their internal hierarchical structures were based on complex balance of forces rather than on absolute subordination of the soldiers to their officers.

It is possible to examine the history of foreign formation regiments “from below” and “from the inside” following the works dedicated to other early modern European armies. In this case the regiments will be regarded as the process of emergence and functioning of a certain social unit. The perspective “from below” is facilitated by the number of sources created by these regiments. The majority of the documents which originated from prikazy describe the cooperation between the foreign soldier and Muscovite central and administrative structures, whereas the texts, ranging from the projects of organization of foreign formation regiments to administrative and private correspondence created by foreign officers and even soldiers, demonstrate another insight into this issue.

After the presentation the members of the research group discussed the status of foreigners in Muscovy in the 17thcentury; peculiarities of the functioning of foreign law in Muscovy and the details of the conflict between A. Leslie and T. Sanderson.

Maxim Shkil
Keywords
history of medieval Russia
About
Research Academic Group 'Languages for Describing the Other in Early Modern Europe: Social Contexts and Repertoires of Interpretation'
About persons 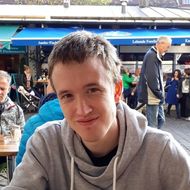