The Second international Summer School "The Topography of Imperial Power: The Political and cultural Space of St. Petersburg"

The school was organized by the Department oif History at HSE in St.Petersburg and was generously supported by the DAAD. The school lasted for three weeks and included a number of courses, presentations, workshops and a cultural programme. The classes were held in both English and German.

The economic, social, political, religious, and cultural developments of the Russian Empire and its capital were the central topic of the school. Participants also discussed the political life and regime of modern Russia and the everyday lives of its citizens.

Classes were held both indoors and outdoors. In one lecture, participants learned about the Orthodox Christianity of Saint Blessed Xenia of St. Petersburg Chapel at the Smolensky cemetery, the city’s oldest graveyard. The St. Petersburg Metro stations, which are striking in their elegance and decorations, were chosen as classrooms for a presentation on Soviet avant-garde architecture. The programme included a tour of Velikij Novgorod (Novgorod the Great), the ancient town where Russian democracy was born ten centuries ago. 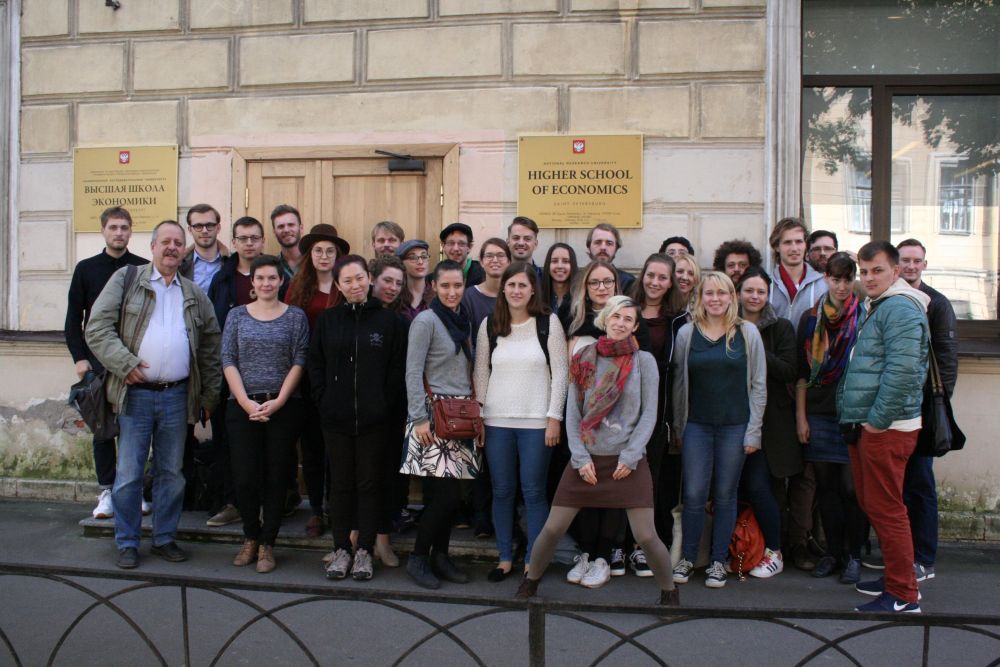 32 participants of the Summer School летней

Overall 54 participants of the Summer School for 2 consecutive years

3 Master's degree students decided to take research internship at the Department of History, HSE in St.Petersburg

а. Russian language course (75 academic hours) in 3 groups according to the level of knowledge

б. Course in HIstory (30 academic hours) in 2 seminar groups, leaded by 7 Associate professors of the Department of History; around 70% - in-door classes, around 30% - outdoor seminars.

Lecturers of the Summer School