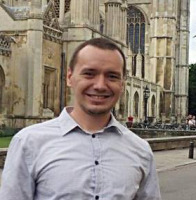 The Boer War and the Russian Public

On Tuesday, the 15th of September, the member of the project: ‘Applied GIS in Humanities’, Kudinov Oleg, presented his own research. The presentation was called “The Boer War and the Russian Public”.

At the turn of the 19th and 20th centuries, there were many significant events in Russian history: numerous reforms of Vitte and Stolypin, Russo-Japanese war, followed by the Revolution of 1905 and introduction of the State Duma. But apart from these events, which had a significant impact on the history of Russia, and that is why so profoundly studied by a number of scholars, there was another thing, which, as far as I am concerned, has been undeservedly underexplored. I am now talking about the Boer War of 1899-1902. Of course, political, technical and military aspects of the war, such as barbed wire, khaki color or concentration camps are well known, as they are believed to be the forerunners of the World Wars. At the same time, sociocultural side of the Boer War is somehow misrepresented in the literature on Russian history.

This research deals with the question of how was the Boer war represented in the Russian press, did this representation have any influence on the Russian Society and why. These questions appeared in my head after reading two books dealing with the similar problems. The first is a book written by Paula M. Krebs: “Gender, Race, and the Writing of Empire: Public Discourse and the Boer War”1, where she writes about the great power of the periodical press on the British public, when after the Relief of Mafeking in May 1900 thousands of people went to Trafalgar Square in London celebrating this event, of course, this stir was made by the British press. The second is a book by Bernhard Rosenberger: “Zeitungen alsKriegstreiber? Die Rolle der Presse im Vorfeld des Ersten Weltkrieges”2, where author claims that German press played a
significant role in fueling the First World War.

During the study I have found out that there was a great interest in the war from the press, though the Russian Empire had nothing to do with the colonies in southern Africa. What is more interesting is that the biggest segment of the press started to create the image of Britain as an “eternal enemy” of the Russian Empire, as the biggest vital threat to its future existence. At the same time Boers were represented as brotherly people, with the similar moral and ethical values and modes of behavior. Such a way of a construction of the “image of the enemy” and the “image of the friend” is specifically true for the conservative Russian press, with the outstanding example of the “Novoye vremya”, where authors sometimes proposed to attack the Islands, while the main army of the British Empire is far away, so to crash the “eternal enemies”. As there were many newspapers of this kind, they were daily, they were cheap and easy to understand for not well-educated public, we can see the “Boer Rush” in the Russian Society. Restaurants and Cafes were renamed “Transvaal”, songs were composed; special societies for helping the Boers were created.

I do think that the Russian press played a big role in fuelling the hype, like the British press did in the Great Britain. This tells us that at the turn of the 19th and 20th centuries press started to play a mobilizing role in the Russian Empire and became a serious tool for controlling the masses. That also shows that Russian society started to integrate itself in the world politics, as Russian public was really concerned about what was happening in the African republics. Moreover, we can remember that John Hobson wrote his famous book:  “Imperialism. A Study” after he served as a correspondent in the Transvaal, so this war became important also in a very global sense and may be it would be interesting to trace, how the Boer War influenced Russian politics after the 1902.

The Boer War and the Russian Public

Report is prepared by Michailov Sergey. 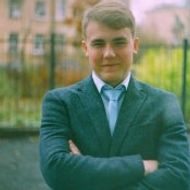