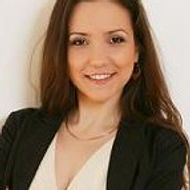 All publications
About the Department

The HSE Department of Financial Law was founded in 2004 and is focused on preparing high-profile specialists thanks to its unique teaching methods, which are based around a highly effective learning model.

In the course of its development, the Department has gone through two major stages. During its initial preparatory stage (2004-2010), under the leadership of Professors V.M. Tsmai and E.V. Taribo, major organizational steps were undertaken. At this stage, the Department’s teaching team was formed and new courses were developed, while initial graduation exams and theses defenses were held. Furthermore, during this stage, the Department delivered lectures and seminars on financial, budget, tax, customs and banking law, all of which generated much interest among students.

The second stage commenced in autumn 2010 when Professor D.V. Nefedov became the Chair of the Department. The primary goal during this stage included research into new opportunities in law, as well as determining the academic identity of the Department’s teaching staff. At present, the Department’s staff is researching the most complex issues related to the modernization of financial regulations in light of a rapidly changing market economy. Old views on financial law are no longer valid. This is particularly true of traditional approaches to how this field of law is structured. The Department was the first in Russia to use a new structure to deliver its courses. In December 2010, the research seminar ‘Methods for Teaching Economic Legal Disciplines in the Framework of Market Economy’ was held. A new learning and research programme was adopted for this seminar, whereby the teaching of modern financial law encompasses both public and private law. Furthermore, financial law not only regulates the actions of governments, but covers commercial banks, insurance and investment companies, and many other private actors. As a result, our ‘Financial Law‘ course was substantially updated and brought in compliance with modern economic objectives and developments.

The Department of Financial Law’s trajectory is directly connected to further improving its teaching methods and employing new learning formats, as well as working with foreign colleagues and professionals in related legal and economic fields.