Into Your Fandom: For Geeks And Not Only

In our diverse world there is a place for any hobby in Saint Petersburg.

There are many various guides for St. Petersburg: about obvious touristic places like Hermitage and the Isaac Cathedral, unusual streets and buildings, an infinite number of museums and so on. It is one of the things we love this city for – there is always something to do at leisure.

And here I want to present a little guide for those who like works of modern culture such as movies, series, cartoons, games and wish to meet new people with the same hobbies.

If you want to buy some comics, books, figures or other great souvenirs and not wait for an order from the Internet, you should visit some of these shops. It is unlikely you’ll leave a store empty handed.

It is the oldest comics shop in St. Petersburg: in 2019 it turned 10 years old. Thanks to the connection with the publishing house "Komilfo" many works can be found here at a lower price than in other bookstores. If you get to their discount center in Okhta Mall, you can find comics with defects, but at huge discounts at the same time. In addition, the 28th is replete with figurines, posters, merchandize from bloggers and, of course, cozy atmosphere created by responsive employees who will help determine the choice.

Located in the same creative space Tkachi, this store is much younger than the previous one, but it is not inferior to it in popularity, because it was opened by one of the most famous bloggers in Russia Syenduk, which is why there was a huge queue the first day. Geek trip amazes with the variety of things presented there: from old magazines to modern comics, from vinyl records with soundtracks of favorite shows and games to celluloid frames from cartoons, from cartridges with games that can be taken home, to slot machines that can be played right on the spot and this is not the whole range. In many ways, the concept of the store is based on nostalgia for the 1990s and 2000s, so if you are over 20, you should definitely look there to plunge into your childhood.

In the heart of St. Petersburg there is a classic store for fans of Japanese animation, as they were at the beginning of the spread of this hobby in Russia. DVDs with anime, figures, toys, mugs, magazines from the land of the rising sun, tapestries, and dakimakuras (pillows about 1.5 meters in length and 0.5 meters in width with the image of the character) - everything that a fan could fill his house with. I would like to note the increased number of officially published manga, which is now much easier to get than it was before, due to the growing popularity of anime as a cultural phenomenon. And for those who are interested in themed events, there are cosplay costumes, accessories and tickets to many festivals and parties in the store. 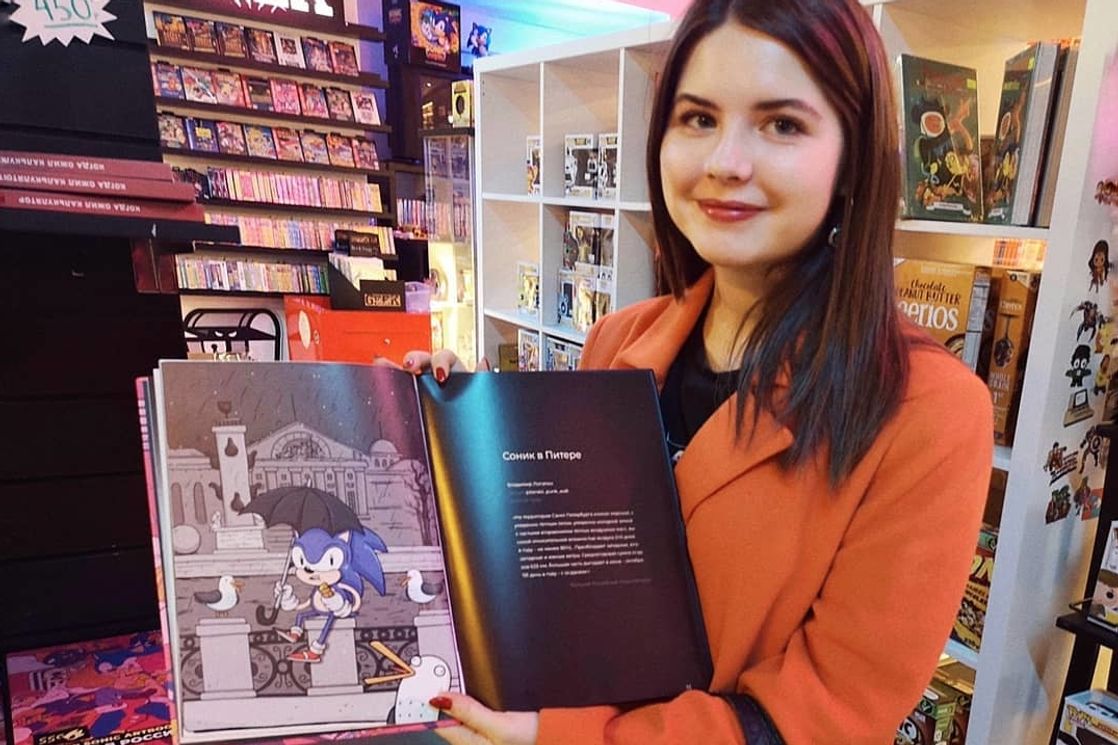 “Do you want fried nails?”

At one of the St. Petersburg festivals, an open-air pizzeria in the style of "Teenage Mutant Ninja Turtles" was organized, which was so loved by visitors and creators that it continued to live on Gorokhovaya street. Visitors are greeted by a neon-lit space where they can play old consoles and arcade table machines and, of course, taste unusual dishes: Pepperoni with marshmallow, "Deep-fried horror" and Fried nails, famous among Russian fans. In addition, the cafe often hosts a variety of night activities such as tournaments on board games or watching old movies.

The Game of Swords

They call themselves "Bar-Museum" for a reason. The whole space is made in the style of the beloved by many series "Game of thrones", and this place is worth coming at least in order to immerse you in its atmosphere and make memorable photos with the Iron throne, Weirdwood and other recreated scenery. And on the evenings characters of the story come here (for example, recently this was Jaime Lannister).

Taiyaki is one of the popular street snacks in Japan, which is a pie in the shape of a fish with a variety of fillings. It is a specialization of this cafe, but this is not all: here you can try onigiri, dango, matcha latte and much more. To fully immerse yourself in the atmosphere of Japan you can book a room with kotatsu (table with blanket and heating), where you can have a great time in the company, or visit one of the many workshops on different Japanese arts. The popularity of the place is evidenced by the huge number of drawings left by visitors.

In St. Petersburg there are a lot of quests and escape rooms for a variety of companies, but here you may find a huge number of those that were based on diverse TV series, movies and games. Among them there are "Harry Potter", "the Hobbit", "Silent Hill", "Stranger things", "the Avengers", etc. Feel like part of your favorite franchise and solve all the puzzles.

GaGa is one of the well-known publishers of both foreign and Russian board games. They are ready not only to sell, but also, probably, to share the results of their work. The loft operates on the anticafe system and provides visitors with a choice of more than 1000 board games of different genres, and employees can help you decide.

For many people in Russia comics seem to be nothing more than children's entertainment, and it is difficult for them to imagine that there is a whole library completely filled with them. The collection is not constantly updated with only new graphic novels from Europe, America, Asia and Russia, but also with books in various foreign languages. In the daytime you can come to read something enthralling or listen to one of the many lectures that take place there.

Starcon, which was born 20 years ago in Moscow, now every year takes place in the summer in St. Petersburg, each time increasing in scale. Under one roof (most often, in Expoforum or Lenexpo) it gathers fans of fiction, movies and science, who are ready to create their own incredible stands and costumes. During the day, visitors of the festival have the opportunity to meet famous people from different spheres (from astronauts to actors), and at night, if they are of age, take part in a party.

Starcon has gained such popularity that it is also held in the autamn with a Halloween theme. So, if you didn’t decide how to celebrate this holiday, it would not be too late to buy a ticket to one of the strikinf events of November.

All 3 festivals are organized by one team of the publishing house "Komilfo" and shop 28th. It is easy to guess that cosplay and comics are the main theme of the festivals, as well as lectures connected with this sphere. AVA EXPO is often held in conjunction with GAMEPLANET, a festival of computer games and eSports, where any visitor can become a participant of the tournament. The organizers work to ensure that their event will be visited by world-class masters (for example, in 2016 Alex Hirsch, the creator of "Gravity Falls", came to Russia).

Surely, you will be pleased to know that there is a place in out university for a cozy club where you can relax after a working week playing one of the many board games. Here you can not only spend time in pleasant company (among which there may be girls with cat ears), but also for sure you will find those with whom you can go to places from this list.