Life Beyond Campus: Trip to Scandinavia With Russian Soul 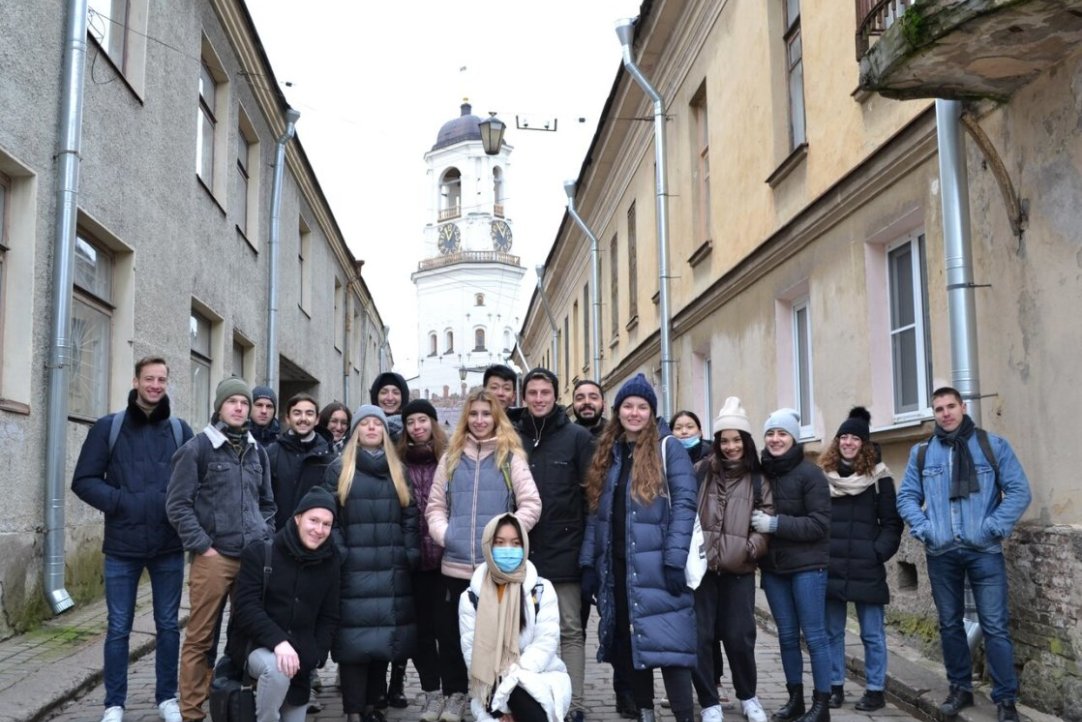 On the 14th of November, HSE – St Petersburg students visited one of the pearls of Northwest Russia – a small, still instantly picturesque medieval town called Vyborg. Together with the Erasmus Students Network (ESN) team we travelled hundreds of years back in time, saw a real European knight’s castle (the one with granite walls, a tower, and not built for tourists!), a market square, a town hall, as well as walked narrow cobblestone streets, explored hiking routes and enjoyed a romantic moonlight stroll in a famous English garden called Mon Repos.

Think we couldn’t do all this on a one-day trip? In this trip report we’ll prove that a good company makes everything possible!

We departed Saint Petersburg from Finland Station (Metro station: Lenin Square) on the 9 am express train towards Vyborg. It took us about one hour and a half to get to the town. The trip kicked off with the Vyborg railway station built in Soviet times, representing the typical Stalinist style – a giant crystal chandelier, antique-style columns, and impressive decorations.

Right after we left the station and entered the town, we were warmly welcomed by a professional English-speaking tour guide, who revealed some facts about the town’s historical background and showed us its most prominent sights. Pinpointing our location on a map, we all got stunned to find out that the border with Finland is just about 30 km away! 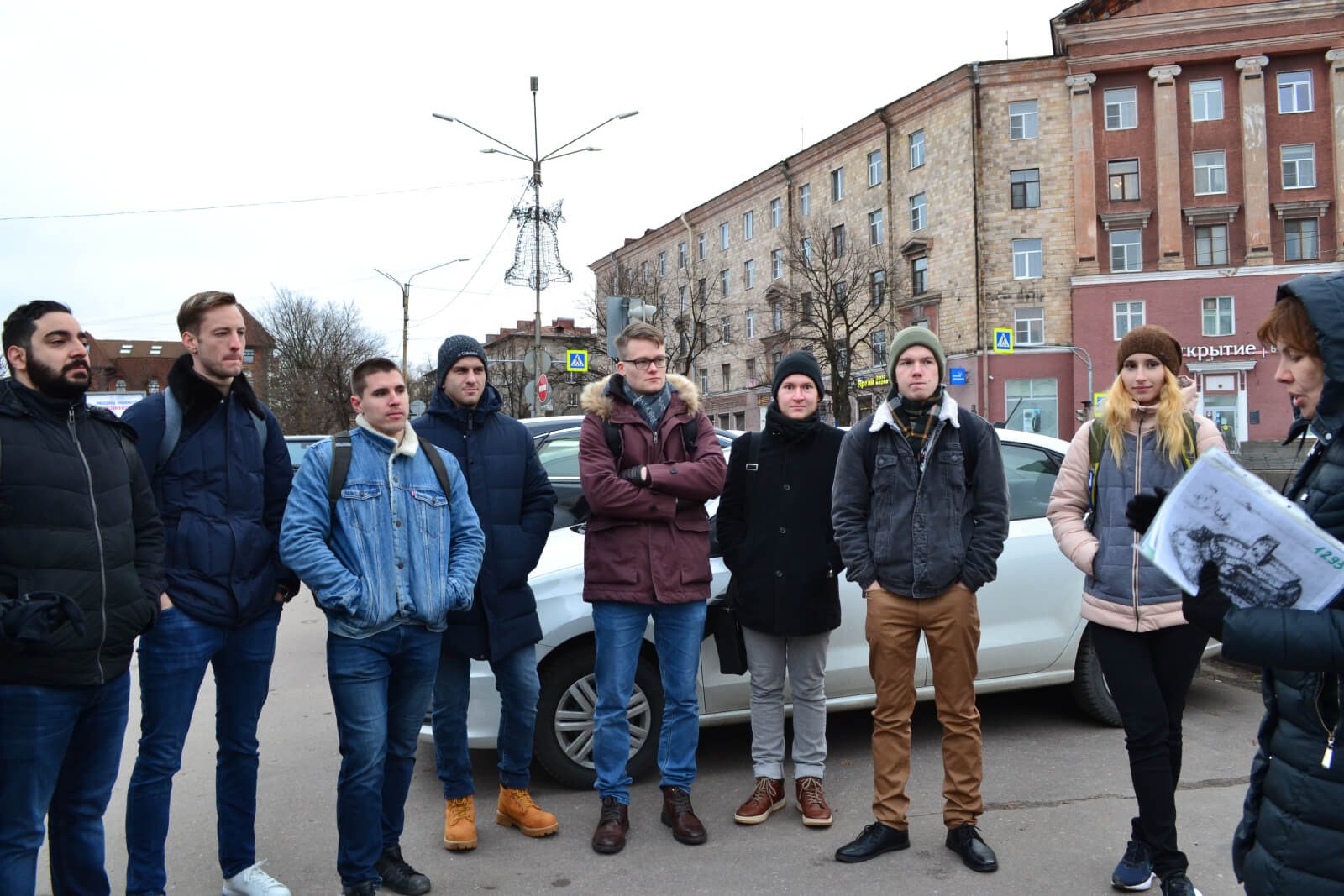 The guide explained that the city was actually Finland’s second city by population until it was incorporated into Russia in 1940. In more ancient times, the town witnessed a war between the Russian republic of Novgorod and Sweden. In fact, the Swedes constructed the city’s main sight – its medieval castle.

Passing from the hands of one country to another, the town has developed a unique architecture and atmosphere. Along the way we saw an eclectic mixture of medieval, Art Nouveau and constructivist architecture that reflects the towns' many owners.

It was interesting to know that due to its strategic location on the Gulf of Finland, Vyborg was a trading centre and remains a port to this day.

After visiting the central part of the town, we took a stroll to a park. What immediately caught our attention was the city public library. The building was built in 1935 by the founder of Scandinavian industrial design Alvar Aalto. Remember the famous model 60 stacking stool (the one you can see today in IKEA)? This minimalistic three-legged wooden stool was designed by Finnish designer Alvar Aalto in 1933 specially for this public library! 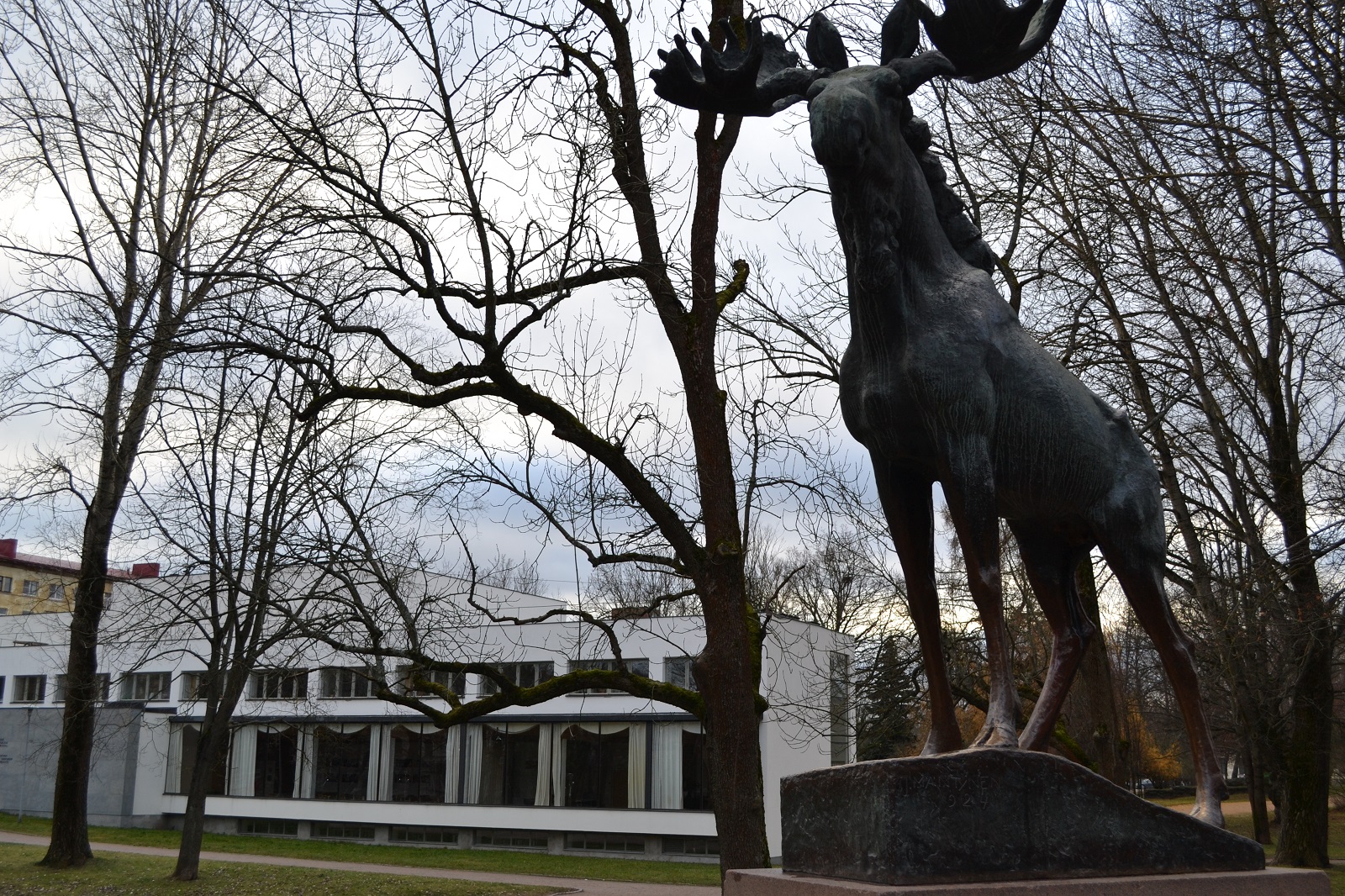 Unfortunately, we didn't manage to get inside because of the covid restrictions. Still, even from the outside, we could see a wave-like ceiling in a lecture hall that was designed for excellent acoustics.

Just by the Alvar Aalto library we saw a statue of an elk. The elk is in realistic size and is almost 4 meters. It is said that the elk will bring some good luck to those who hold on to its hooves. 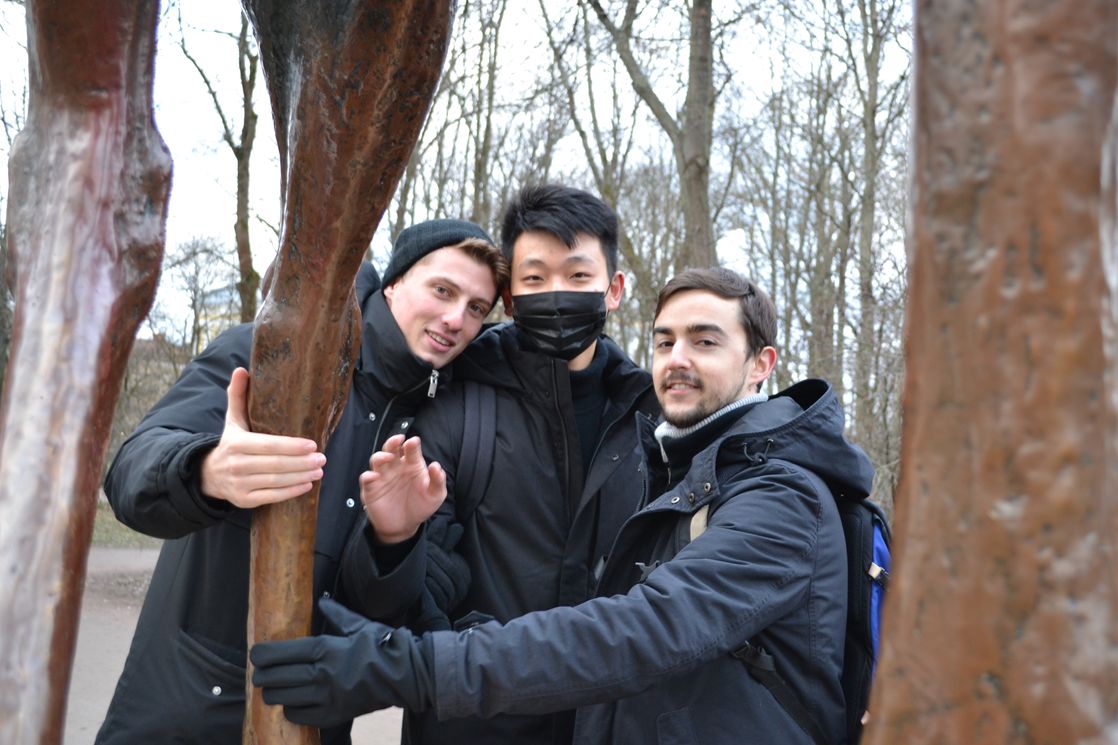 The weather getting a bit cold, we decided to warm up a little in the Church of St Peter and Pavel. It is a Lutheran church, built in the 17-18th Century in a classical-style.

Travelling to Vyborg made us feel as if we were exploring some of the most instagrammable sights in Europe. Just look at this vintage yellow tram, doesn’t it remind you of Lisbon?

At this point the excursion ended, and we headed to a traditional Russian canteen to have lunch. After recharging our batteries, we wanted to head directly to the main goal of our trip – the Vyborg Castle. But suddenly we received a Whatsapp message which said there would be a surprise event awaiting us in one hour!

After having some free time exploring the city, we gathered together in the specified location. It was a real surprise to know we were to cook pretzels (a traditional sweet pastry from Vyborg).

During the masterclass, we were told the history of the famous Vyborg pretzels. We learned that Franciscan monks brought the secret recipe of pretzels to the town in the 14th century. It’s believed that the pastry owes its shape to the ‘Gray Brothers’, who prayed with their arms folded over their chest so that their palms touched their shoulders. Hence the pretzel resembles either an eight or a B. 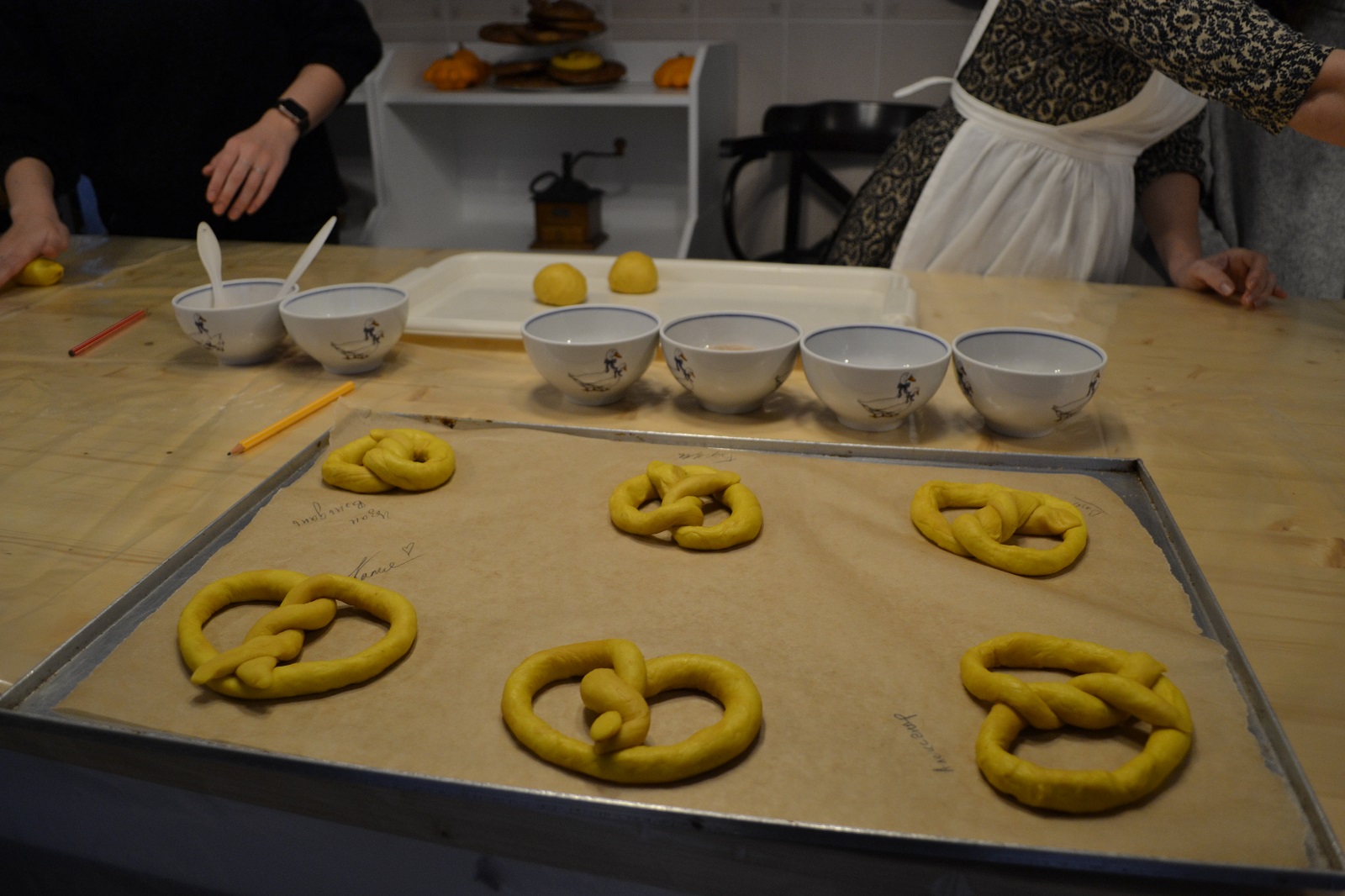 © HSE University – St Petersburg/ Daria Iakovleva
The day was not over yet. Being in the town’s historical part, we decided to finally take a quick walk around Vyborg Castle. We didn’t have time to get inside, but still managed to feel the medieval magic and took some memorable photos.

In the evening, we headed to an amazingly beautiful 'English landscape garden' park – Mon Repos (one of the most spacious in Eastern Europe). As it was getting late, we visited just one part of the park. We did a bit of hiking and even decided to take up a little challenge and explore some secret caves. We went off the beaten path and had to climb a little to get to the caves, but it was absolutely worth it!! We saw the moon's reflection on water and enjoyed a romantic view over the shore. 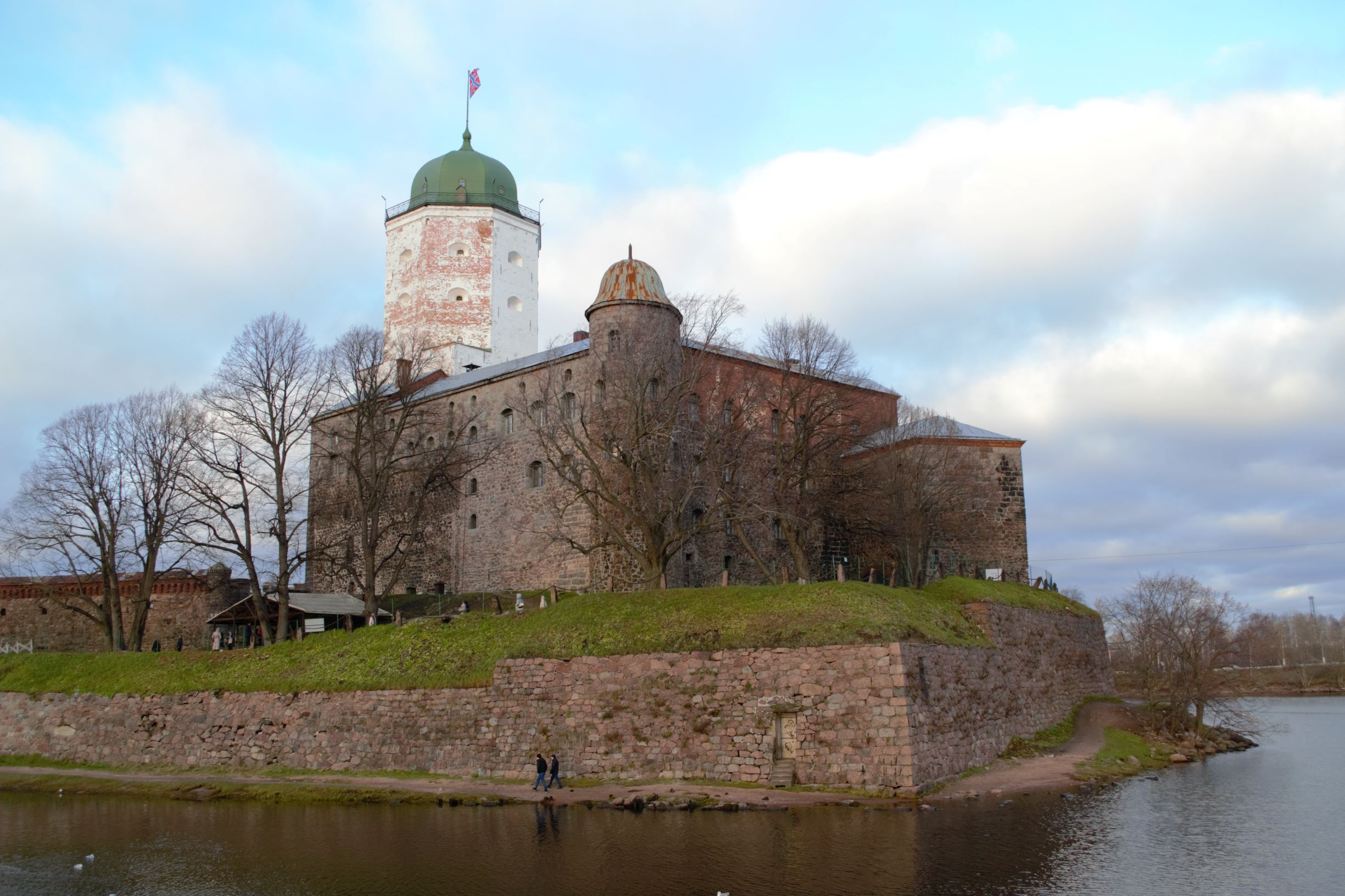 At the end of the day, we headed back to the railway station and ended our trip at the metro station in St.Petersburg. I would say that was a week in one day! We went to our dormitories with umpteen images about the town’s history and full of bliss after such a complete day at the beautiful and cosy Vyborg. 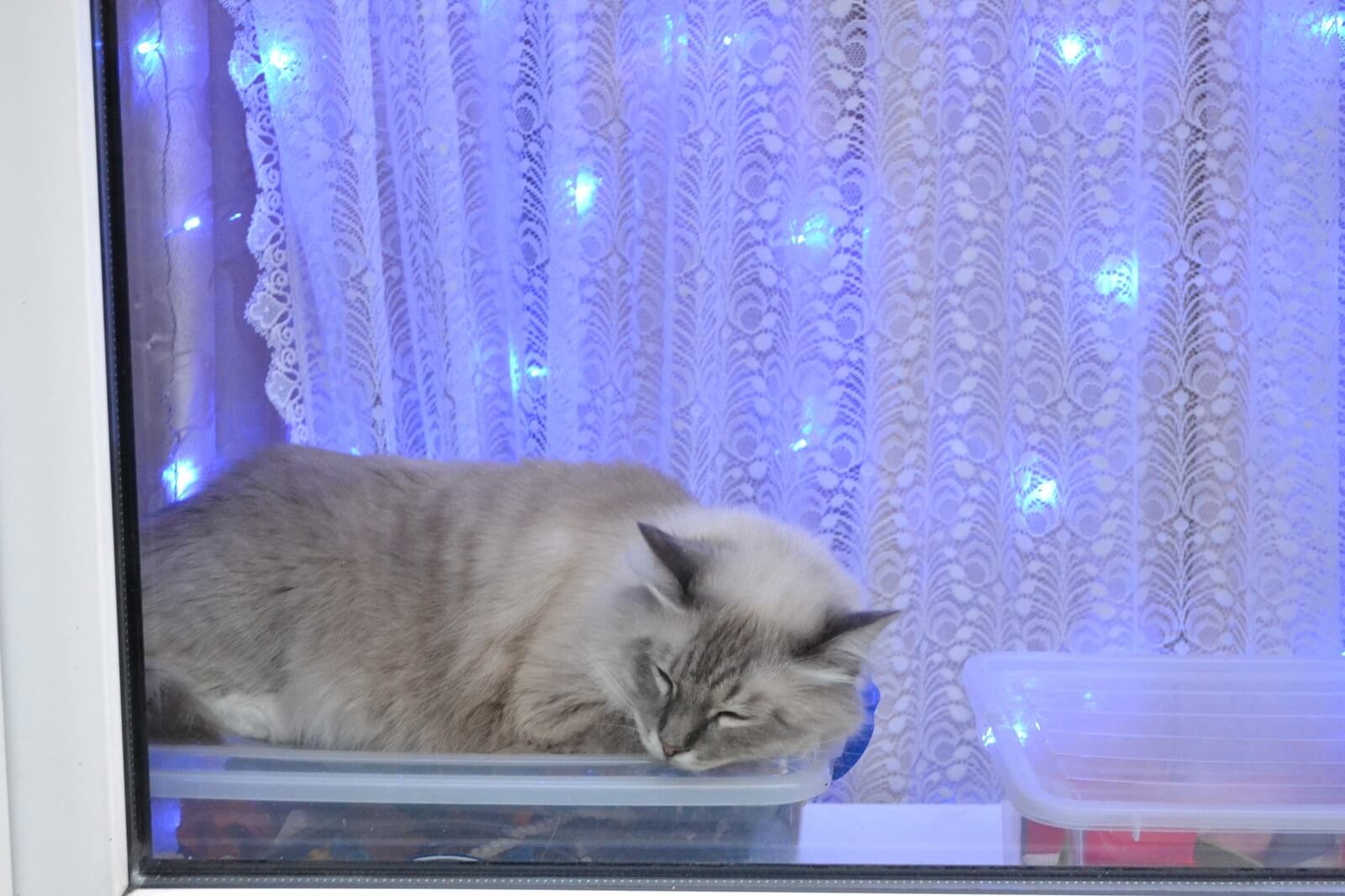 We want to thank Erasmus Students Network (ESN) in St. Petersburg for organizing this trip. It has proved to us once again that academic and off-campus activities should always go together. We want to thank everyone for an amazing aura of comradeship, friendliness, and internalization!

Do you also want to take part in future trips? Then subscribe to ESN and ISSO Telegram Channel to miss no new adventures!