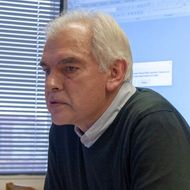 The review examines modern scientific research devoted to the problem of the relationship between literature and government in Russia in the 19th century. Particular attention is paid to the personal aspect of the topic: the study of authors with dual identities, writers-officials.

Chronicle of the conference "Literary Institutes and State Power in Russia in the 19th Century", held at the Pushkin House and the Higher School of Economics in 2020. The conference was attended by leading Russian and American scientists.

The article is devoted to the history and basic principles of the academic publication of the works of I.A. Goncharov. The composition and structure of the published and upcoming volumes are analyzed, the main textual problems are considered, an electronic edition of the writer's works is presented.

The figure of the heroic child in Soviet culture is an obvious, but little-studied phenomenon. Those Russians who were born in the early 1980s or before that, know at least ten names of “pioneer heroes” that younger generations may not be aware of. Today’s forty-year olds, their parents and grandparents had to learn about Pavlik Morozov and Lenja Golikov, Zoja Kosmodemjan- skaja and Volodja Dubinin in the classroom, since their biographies were part of the school curriculum and an essential foundation of many extracurricu- lar activities. That said, contemporary theoretical and detail-oriented schol- arly works on the Soviet representation of heroism in literature and the arts pay much attention to the figure of the adult hero, while neglecting the question of the depiction, invention and propagation of the child hero trope.

The article discusses the pre-history of what Andrey Azov famously called “the overthrow of the literalists”, and the beginning of the half-a-century domination of the “Soviet school of translation” in Russia. It aims to locate and scrutinise the moment when the previous translation trend, later pejoratively labelled as “literalism”, gave way to the “Soviet school”.

In the post-war years, the Russian translators Evgeny Lann and Georgy Shengeli were subjected to harsh criticism as “literalists” by the literary critic, translator and translation theorist Ivan Kashkin. In the official history of Soviet translation as outlined in the Literary Encyclopedia (1968), they were presented as key figures of a translation trend, also labelled “formalist” and “technologically exact”, both post- and pre-war. This version of the history of Soviet translation, still resounding even in Azov’s study (2013), is strongly distorted and needs to be rewritten in a more analytical way. Primarily, the term “literalists”, that was used loosely and pejoratively at the time, can by no means serve as instrumental today. One of the most adequate self-labels of this trend in translation that had its heyday throughout the 1930s, notably in the activities of the Academia publishing house and the Commission for the Study of Literary Translation at the Moscow State Academy of Art Sciences (GAKhN), is “artistically scientific”. In order to describe the trend adequately it should be noted that the “nomination” of Lann and Shengeli as “literalists” and the main targets of post-war criticism owes primarily to the fact that the much more influential key figures of this “school”, mentioned in the Literary Encyclopedia (1934) as the “best present-day translators” – Mikhail Kuzmin, Adrian Pyotrovsky, Boris Yarkho, Mikhail Petrovsky – had either died (Kuzmin) or fallen victim to the great purges that hit also the GAKhNovites, including Gustav Shpet. Their names became unmentionable, while the translation projects and discussions of the 1930s associated with them could not be properly considered in translation histories. In order to reconstruct the true history of Soviet translation they have to be restored to their rightful place.

The pivotal point that marked both the acme of the “artistically scientific” translation, as well as the beginning of its demise, was the year 1934. It famously saw the First All-Union Congress of Writers at which translation was declared not the “private domain of a couple of literary pedants, not the academic theme for a philologist’s thesis, but an affair of utmost state importance”. Integration of translation into Stalinist national politics (discussions at the Writers’ Congress were centred on the interests of Soviet nationalities and on praising the free translations made by poets) resulted in a drastic decline of autonomy in the field and in the competition between critics profiting from the heteronomy concerning who would define the true “Soviet translation” and thus have the power to judge. The brilliant samples of scientifically founded translations of classics that appeared in 1934 – Boris Yarkho’s rendition of the medieval romance La Chanson de Roland and Gustav Shpet’s new Russian Dickens and Shakespeare (both to become virtually erased from the history of Soviet translation later on) became the focal point of the dispute over what “Soviet translation” should be.

The article reconstructs both Yarkho’s and Shpet’s philologically based translation premises and the conflicting reception of their work by fellow philologists and by politically motivated critics. The transcript of a 1934 discussion held after Evgeny Lann’s report on the principles of the new Dickens translations preserved in the archives clearly shows that, at the time, all discussants, including Kashkin, addressed not Lann but Shpet as the real source of these principles and that it was only after Shpet’s arrest and death that the spearhead of criticism was aimed at Lann (who, unlike Shpet, unfortunately lacked the philological and spiritual stamina and weight to confront it decisively). As for Yarkho’s attempt to invent a Russian poetic diction adequate for rendering French syllabic verse and the heterogeneous style of the medieval war epic, it was both daring and philologically grounded and had been highly praised as a model “Soviet translation” by major philologists working in the field of translation, e.g. Mikhail Alexeev, Alexander Smirnov and Rosalia Shor. At the same time, critics trying to speak in accordance with the political line would criticise it harshly, programmatically declaring their preference for the outdated free-verse translation into Russian made by de la Barthe.

In the history of Soviet translation, the transition from the “artistically scientific” or, to use a more familiar term, foreignising trend that had been flourishing throughout the 1930s and given brilliant practical as well as theoretical results, to a domesticating, ahistorical “Soviet school” that lacked theoretical reflection was not a natural evolution. Instead, it constituted a brutal intrusion of heteronomy into the field of translation, the triumph of politically oriented literary critics over professional translators and philologists that was strongly facilitated by the fact that many of the latter were repressed and, consequently, their names and works were erased from the history of Soviet translation.

Analysis of the German theme in the work of I.A. Goncharov and the reception of the writer's works in Germany.

Maslinskaya explains how, in spite of the popularity of translated Nat Pinkerton stories among young readers, Russian pedagogues played an important role in the creation of highly unfavorable conditions for the devel- opment of detective fiction in twentieth-century Russian children’s literature.

The article discusses a new electronic resource created by scientists from the Pushkin House with the participation of the HSE. The electronic library of academic collected works of Russian writers includes about 250 volumes. The resource ensures the safety and availability of authoritative editions of the classics, ease of use in scientific and pedagogical work. Network address: www.russian-literature.org

The article delas with P. Vyazemsky's strategy as Byron translator and also wth his ironic hommages to censorship

This paper explores the evolution of the artistic intent of The Precipice (Obryv) as a function of Ivan Goncharov’s ‘double identity’ and his attempt to overcome the role conflict between his identity as a Russian writer and his position as a high ranking state official in the second half of the 1850s - 1860s. The authors of the article examine the interaction of the field of power and the literary field in the 1860s,  demonstrating how attempts to return literature to the bosom of the state project combine in Goncharov's novel with the appropriation of imperial myths through the logic of a literary text.

Preface to the block of articles on the role of 19th century literature. The authors strive to actualize the problems of social history of literature and show the diverse forms of complex mutual influence of state institutions and literary phenomena in the institutional paradigm.

The article discusses marginalia of Yu. G. Oksman in his exemplar of the collected works of A. I. Herzen in 30 volumes (35 books), as well as a list of them. Oxman's litters are stored in an electronic publication on the website www.russian-literature.org