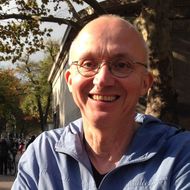 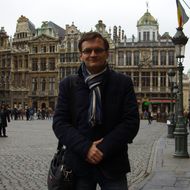 Scholarly seminar: “Literature in the Second Degree: Problems and Prospects in the Contemporary Study of Comparative Literature”

The Department of Philology and the School of Philological Studies host a regular inter-campus seminar, organized by Dimitri Tokarev and Evgeny Kazartsev.

The seminar’s name derives from the title of an important book by the French literary theorist and narratologist Gérard Genette, Palimpsests: Literature in the Second Degree. In this book Genette develops the concept of transtextuality, which encompasses all the relations between a text and other texts, not necessarily literary.  Within this productive analytical framework, the seminar explores a wide range of issues, concerning: intertextual relations; intermediality; the comparative study of literature and music, literature and art, literature and cinema; as well as the theory and practice of translation.

In addition, we welcome topics related to the more traditional study of particular national literatures in their relation to other national cultures (reception, influences, “borrowings”).  We are also particularly interested in the study of literature as a cultural phenomenon, incorporating a multiplicity of heterogeneous discourses: philosophical, ideological, and aesthetic.

Upcoming seminars will be announced on the webpages of the Department of Philology and The School of Philological Studies.

At the origins of Russian political modernity: did Radishchev “tweak” his Enlightenment project from Kant?

Viktor Kaplun, Associate Professor at the Department of Sociology at the Higher School of Economics in St. Petersburg, Academic Supervisor of the Res Publica Research Center

Scales of comparison: the paths of comparative literature and the return of ‘world literature’